I deployed the ue5.0 vr template to quest 2. There were very odd color banding effects.
It seems that it’s rendering very dark, and then something is scaling up the color giving a ~0-25 range, instead of 0-255. (People were reporting issue with very dark color rendition in 4.27, is this a fix for that?)

Tried simplification of the materials, lights, and lighting, and had the same issue.

-Mobile HDR did render correct colors, but was black on the left eye. 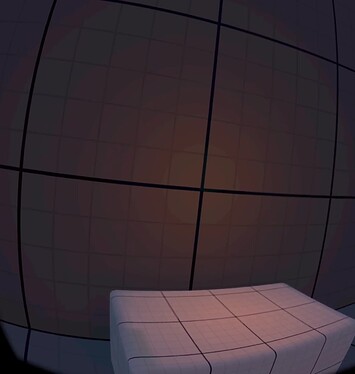 Image from scrcpy. This image looks like it’s a compressed jpg, but it’s actually the view from in headset

have the same problem, see my post regarding the problem.

I have the same problem…

this is working better in unreal 5.0.2 - however some users are still having issues with Quest 1 due to using improper android sdk version numbers - 29/29 may work