What are the system requirements for UE5 Early Access?

we can do it, we can do anything

Start the compile i be back in week or month see if its done. lol

In UE4, the GPU runs at the default level with 20% utilization. Thirdperson template runs with 100% stable 120 FPS.

I can’t use such an inefficient engine. Hope this is a bug. Can you compare that as well?

Someone here did a test, not bad in these desperate times when prices are sky high. 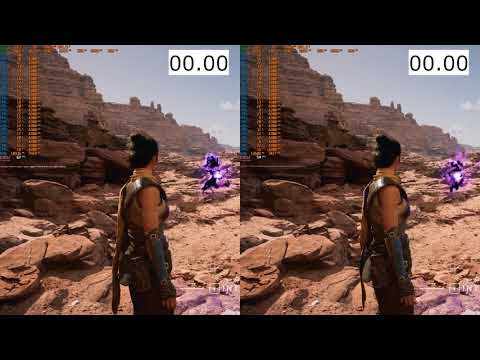 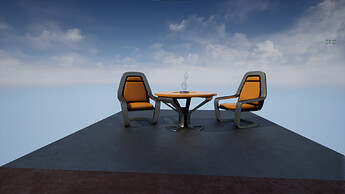 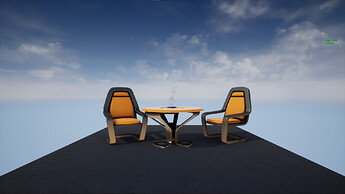 You probably need an rtx 3090 now to render two chairs and a table smoothly.

The new functions are advertised as having no appreciable higher requirements or are even faster. More than 500% loss is the reality. The solution is not to use the new features? What do I get out of the new shadows, lumen, nanite if I can’t reach 60 FPS with a table and two chairs on a gtx 1060? The most used GPU.

A gamer may be excited about it but as a developer the balance between visuals and speed is most important.

Sorry if I am too critical. But UE5 is a big disappointment for me. I thought Epic had developed a new technology that requires a fast SSD but offers new graphical possibilities. But beautiful graphics that require extremely powerful hardware is absolutely unspectacular and disappointing. This is nothing new.

Hardware vendors need to drop their prices, those high prices are ridiculous. Just because covid appeared and no ones working? and the demand it still up? but no hardware being made? come on wear a mask and make the boards as before. If i am not mistaken when they are making these boards. They are in those white suits with masks(contaminant free zone)? So why are the boards so high. Before covid, price were very decent, Amazing how we as humans allow covid to dictate to us in these ways and drive prices thru the roof.

I don’t understand how this can run on a PS at all. Is the PS secretly connected to a helium cooled Cray?

About run-time (not editor) performance, after a ton of setting changes (if you’re struggling and not using nanite
do the following command: r.nanite 0
helped me a ton.

I feel like i’m still not quite there, but it’s extremely close now. I hope it’ll be easier to get similar performance in the future without digging down for commands and things to bring back similar perf to UE4. Will see in release, looking forward to the improvements. Exciting times

When it comes to the editor, it feels like the same requirements of UE4 to run it. If anything, maybe lighter. I could be biased because of the clean UI feeling though : :

These are the settings you need:

If you want to match the performance of UE4 in UE5 you’ll need to change a couple of settings to rollback the new (and more costly) rendering techniques. Under Project Settings -> Rendering change the following: Dynamic Global Illumination Method: None (instead of Lumen) Reflection Method: Screen Space (instead of Lumen) Shadow Map Method: Shadow Maps (instead of Virtual Shadow Maps (Beta)) Temporal Upsampling: Off Temporal Super Resolution: Off Under [/Script/Engine.RendererSettings] in Def…

The PC Epic are using to run that UE5 demo is WAY more powerful than a game console.

We’re not really going down this road are we?

If you really could get that sort of performance with a PS5, out of the box, we would all be developing on a console…

They already ran something similar to this demo (In-fact, bigger) at 30 FPS on a PS5. Not a surprise really, when you consider the special optimizations Epic can do that specifically targets next-gen consoles. Which they mention they’ve done and are doing. Did they plug in UE5, make the level, and get that performance? Most likely Not – but what I’m saying is, as epic mentioned, they will do (and are doing) specific optimizations for next-gen hardware because of the uniformal hardware.

We aren’t all developing on a console because it’s less convenient, and harder to release for as indies. To top it off, it’s harder to reach people as a no-name indie compared to steam.

Not all teams are equal, a team with many engineers can more easily optimize for the single PS5 since it’s one hardware that everyone will have, unlike the PC with an unbelievable number of hardware combinations and differences between customers.

I have faith that EPIC will optimize UE5 as in these desperate times low end card equals now hi-end card and real hi-end cards are out of reach of normal people. RTX 2060 runs UE5 quite fine with complex scenes when using 50-75% of screen and then letting upsampling feature do it’s job.

Why would anyone bother to ever buy a PC if they could just use a console instead?

Not sure why you’re doing this comparison. I can’t tell if you’re agreeing or disagreeing, and if we’re talking about different points here lol.

Like I said, the PC GPU epic used has 3x the teraflops and a bunch of other improvements compared to PS5’s hardware. If you didn’t know, I believe they used an RTX 3900 (source: interview with devs).

What I’m saying can basically be summed up to, games for the PS5 (especially exclusive games since they can really focus on it) will usually have an easier time getting good performance because of the uniformal and specialized hardware. This might not be the case for indies since they don’t have the manpower to do this, unless the public engine they’re using already does some of it for them.

Sorry, no, I’m not trying to be antagonistic

Epic give us Lumen / Nanite and said something along the lines of ‘you’ll never need to worry about detail again’.

When we finally get our grubby hands on it, it runs like a dog with a wooden leg on high-end PCs, and I’m just assuming nobody’s getting that running on a PS5 without a lot of very specific optimization.

Don’t get me wrong, I love Epic for bringing out UE5, and I know that UE5 is very ‘beta’ right now. And I know that consoles are optimized for games ( but not to the point of just compiling for PlayStation and just pressing play )

I’m just noticing quite a large ‘disparity’ at the moment…

Ah, yeah, it’s true that it’s pretty slow. I believe nanite is actually quite fast though, when you have high-poly meshes and turn on nanite I believe it helps quite a bit. isn’t it just Lumen that’s fairly slow? From the tests I’ve seen of the two.

I believe (and hope) that performance will majorly improve in the official UE5 release and the updates that’ll come after that.

Pretty sure epic is also doing specific platform optimizations for next-gen. Not that they aren’t doing any for PC (obviously they are and will keep doing it) but there’s things you can do in consoles that you can’t do in PC because, yet again, of the hardware combinations.

Only time will tell.

You can’t make game on a console, so people wills till buy PC’s