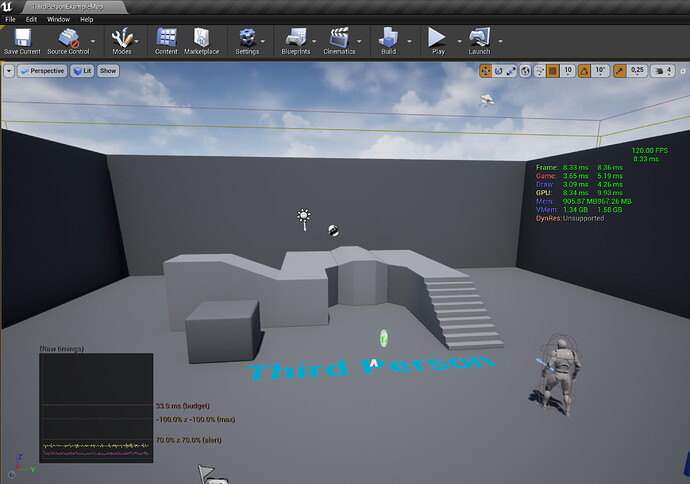 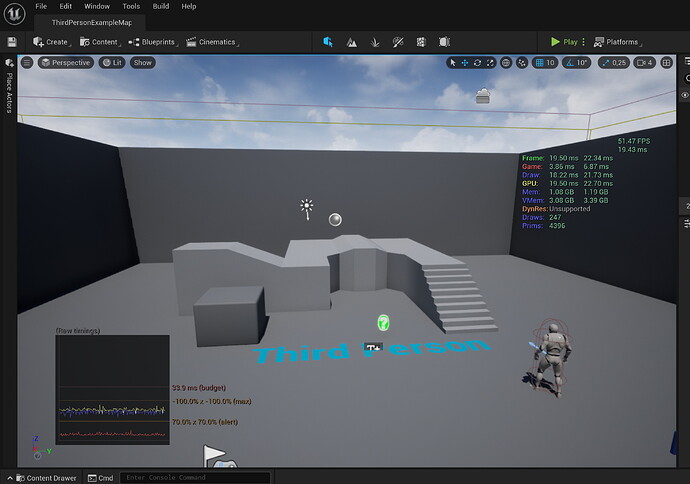 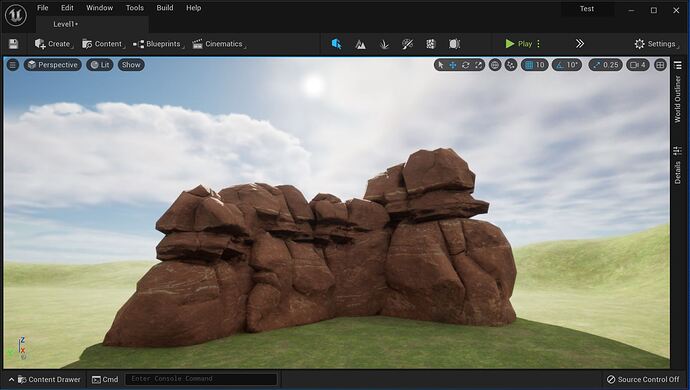 This 100% does not match UE4 performance.

Not sure that it matters or is even relevant, but I did watch an Epic video about Lumen which noted that the lighting in UE5 works very differently to UE4 so there can be issues with updating a project from UE4 that uses static lighting. I wouldn’t be surprised if this impacted on the FPS. With new projects in UE5 and with no static lighting I’m getting a very reasonable FPS.

I feel like Im the only one who actually gained FPS importing my game into UE5. Which leads me to believe that UE5 forgave something that Im doing wrong in UE4, and I wish I knew what it was. So why was switching ue5 the biggest mistake I made this year? Because of something so simple as not being to able to see child actors that are located in my character BP. Which is how my weapons are setup…

A child actor and a socketed actor are almost exactly identical.
Add an interface to the weapon actor. Toss the weapon actor in game. Attach the weapon to the actor like everyone should. Call the interface function(s) to “fire” or do whatever other actions you coded for.

As far as gaining FPS, you are the one and only I ever herd getting more out of it. .27 seems to be doing slightly better - yet still horrible.

With all due respect, that setup is counter productive for my particular setup. My character is not some simple point and shoot, reload, repeat type of character. I dont “throw” my character on to a level and start playing. There’s start points and level transitions. And also, weapon transitions that involve animation. Im sure you can achieve this using your method, but for me in particular wouldnt work as Im using real Liquid simulation from Realflow in the way my weapon transitions into “modes” and switches between weapons that are Rigged to the character itself. Also, the reason I was getting better fps in UE5 is because of the way it handled the textures straight from import. My game has come from 4.15 and no textures were setup for VT amongst other things. So, no it was something I was doing wrong lol. Since you seem to know more than one way to do things, I have a question maybe you could help me out with. What do you think the best way to setup “counter animations” or like “finishing move” animations? For example, when the enemy is in a vulnerable state based on health, I have it setup to where my char can do a finishing move. I get it to work by, when I push “A” and within a certain distance, it triggers the enemys animation, which then triggers the chars animation. Ive tried this method setup is many different ways, and none of them are 100% accurate 100% of the time. With the newest setup, its about 75%. So I guess my question is, how would you do it? Sorry if this is too vague, or not in your particular genre. as you probably assumed my game is 3rd person. Thanks for your initial response, and your possible next one. Cheers

Make a topic in content creation and tag me on it.
This can get complex, this isn’t the right place for it.

Offhand look into move buffers, and to start animations concurrently an interface call shared among objects is the best way.

Then, what is the point of using Nanite and Lumen if FPS performance is worst? I do not get it…

I think UE5 needs a lot of work.