click for youtube video:
(audio is important, and try to watch in 4k fullscreen
even if you have a 1080p monitor – the 1080p and lower video is chunky)

An impromptu game design challenge over a few late nights recently to better wrap my head around:

Sadly my modeling and texturing skills are lacking, so for the sake of rapid prototyping:

Really digging the atmosphere of this! Felt really good once the smaller structures whizzed by and you got a real sense on how fast you’re going~

Beautiful - reminds me a lot of the demoscene community’s work.

How I got World Origin Shifting to work 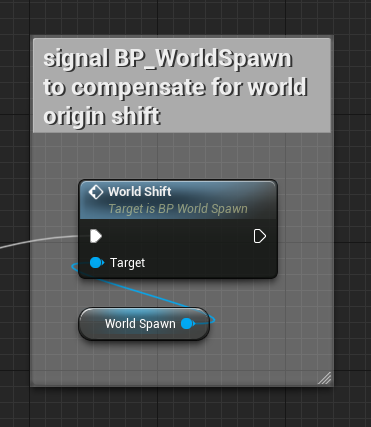 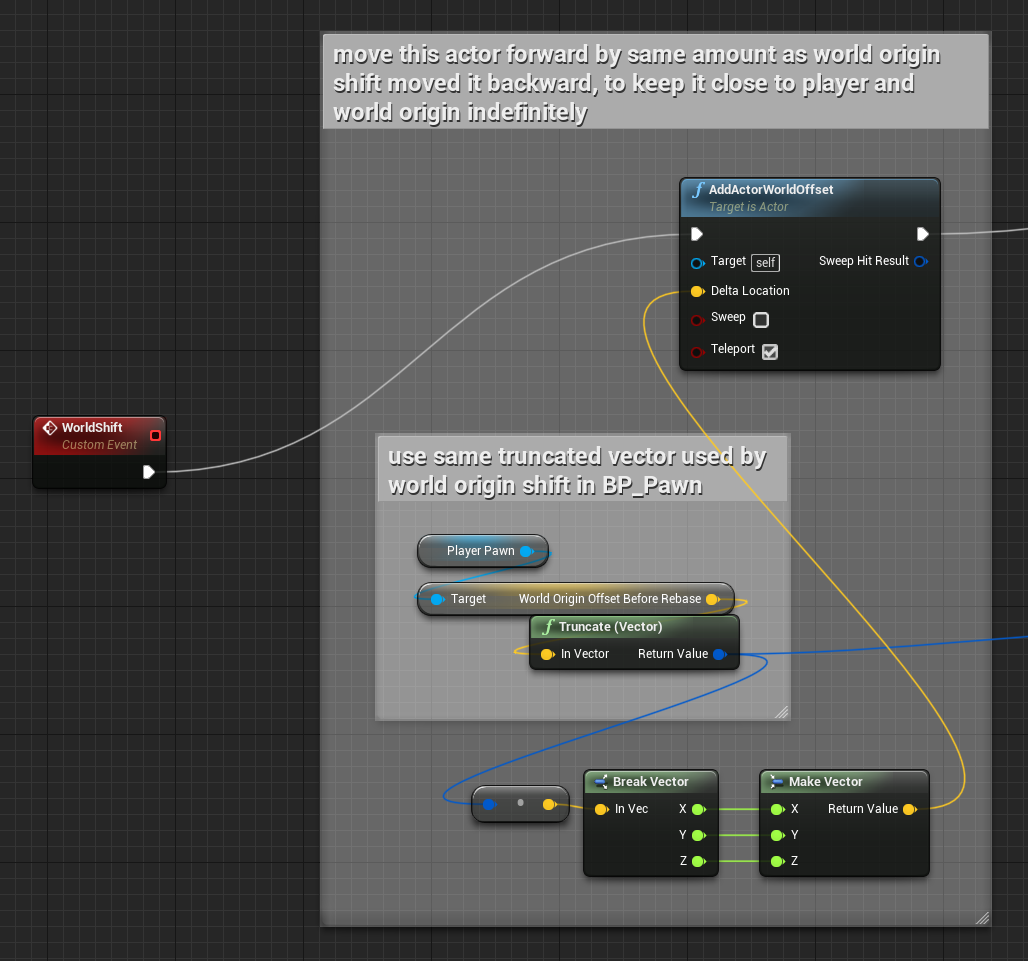 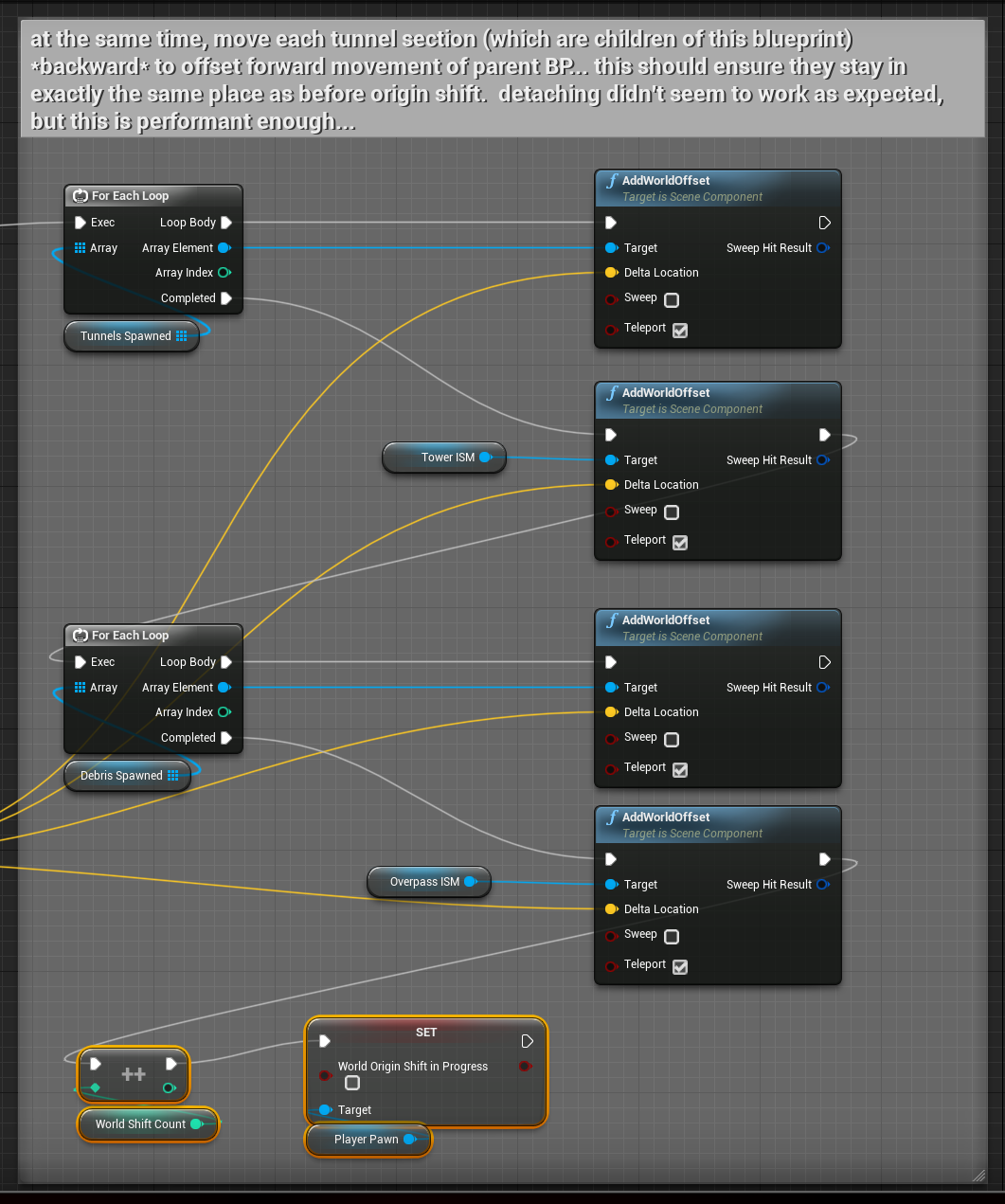 In summary, this all seems overly complex, but basically:

This results in everything calculating correctly, moving seamlessly, correct physics, no graphics glitches or memory leaking, even after many hours of letting it run, and thousands of world origin shifts.

How to spawn and endlessly reuse/reconfigure the same set of road segments, to avoid the overhead/garbage collection/memory leaks of endlessly creating/destroying identical modular child actor components uncountable thousands of times (in the case of running the game at high speed for hours). 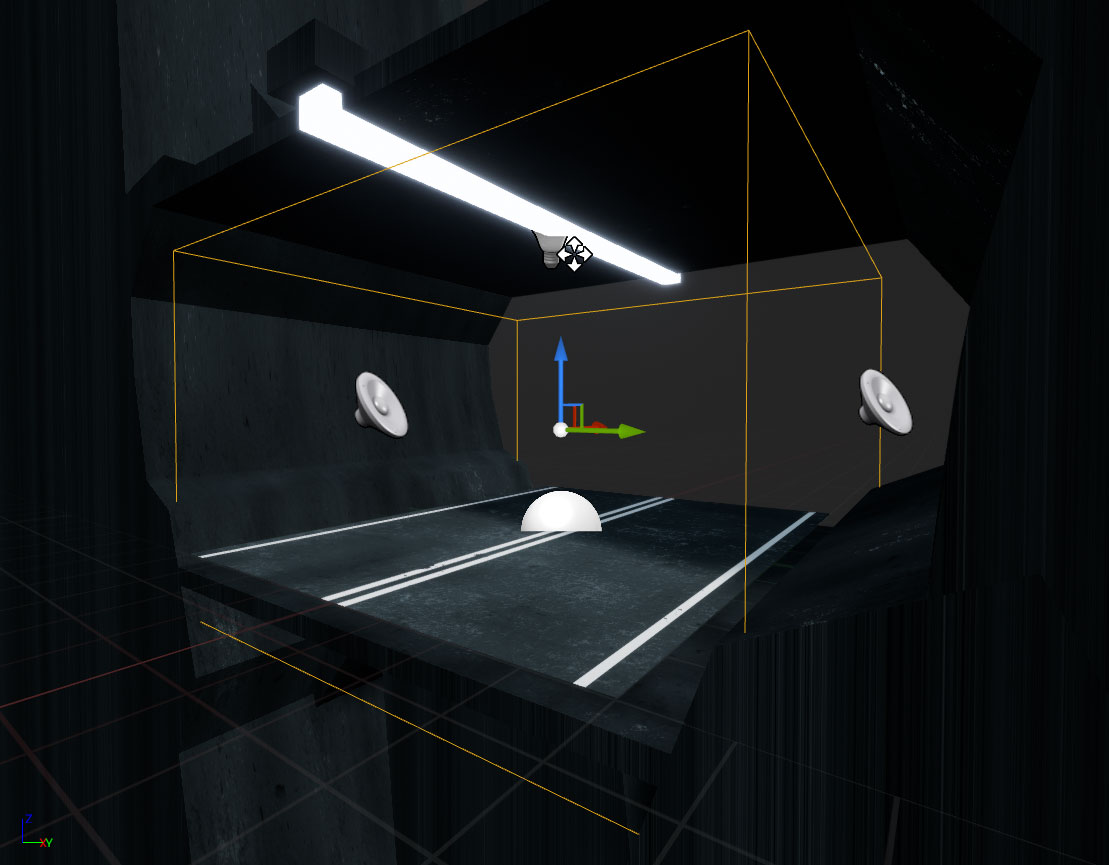 Each segment is made up of separate component parts to allow different predefined configurations, which are selected each time a segment is reused by hiding/showing the necessary pieces: 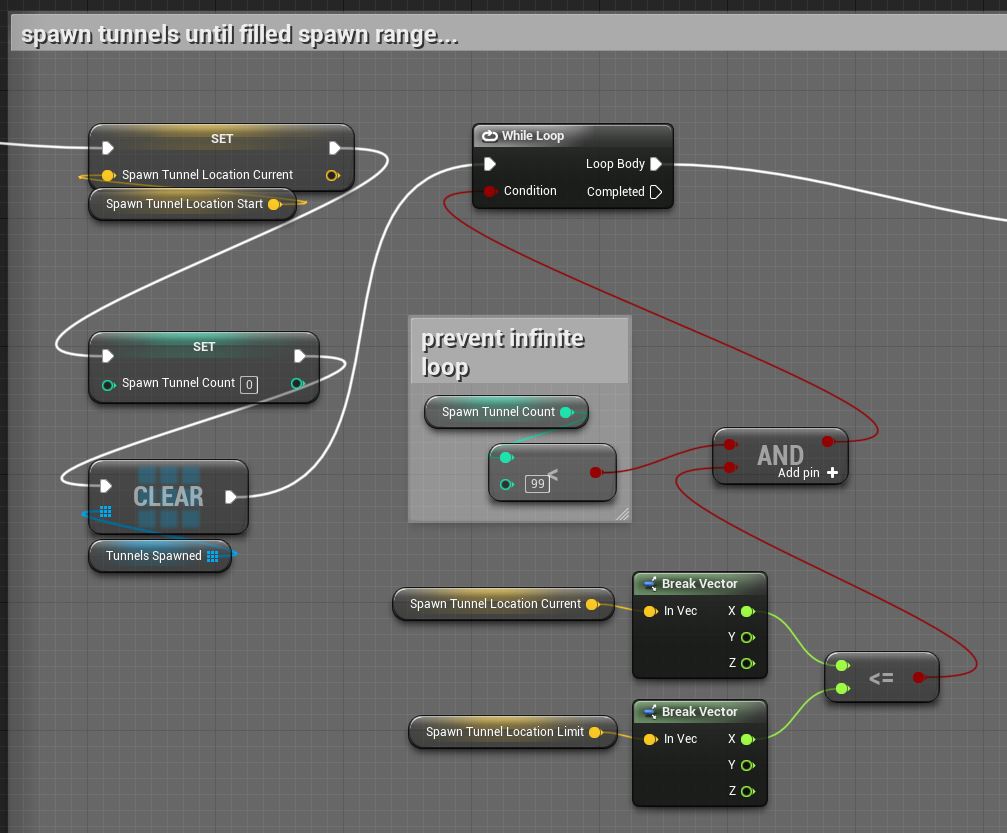 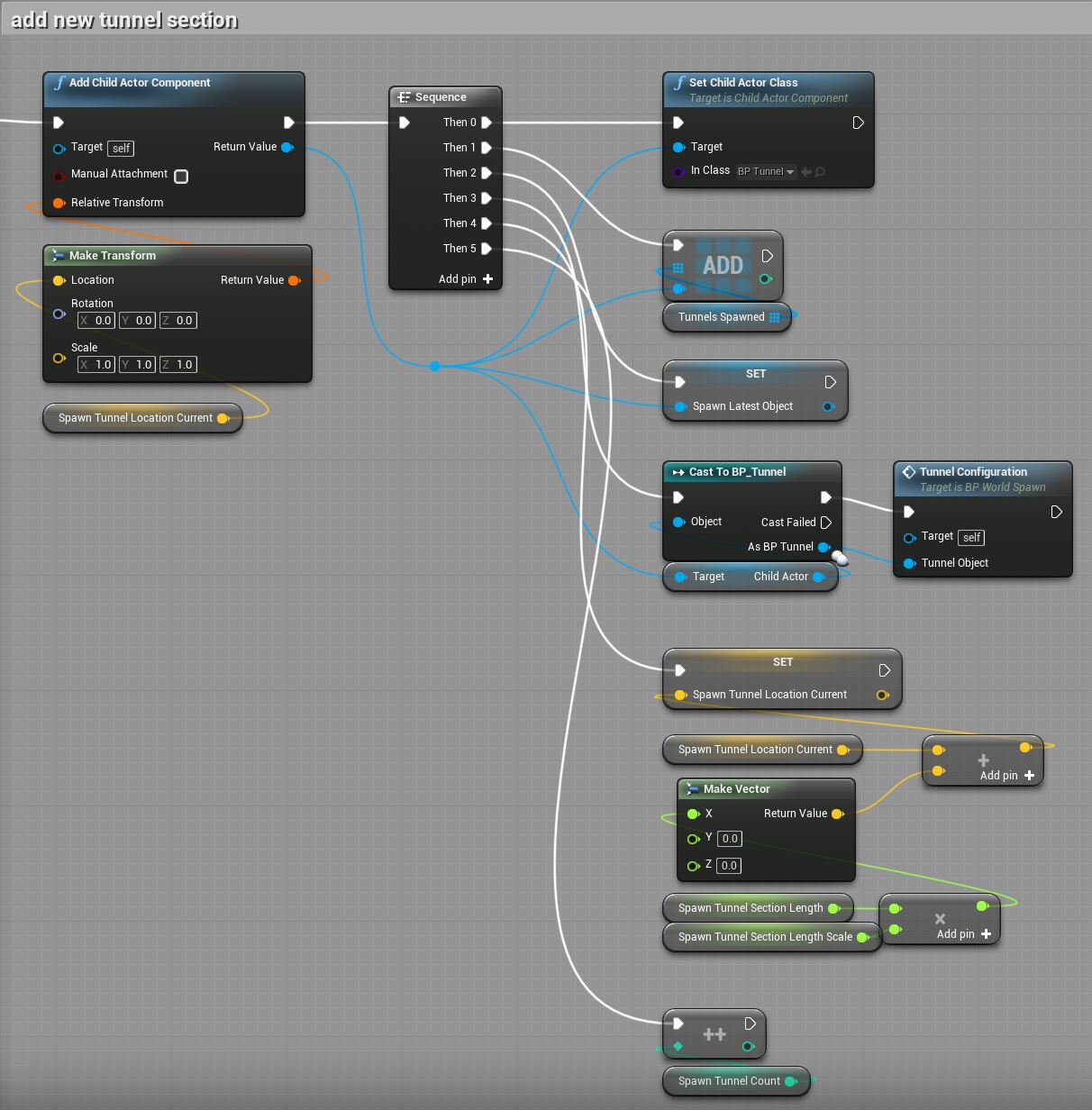 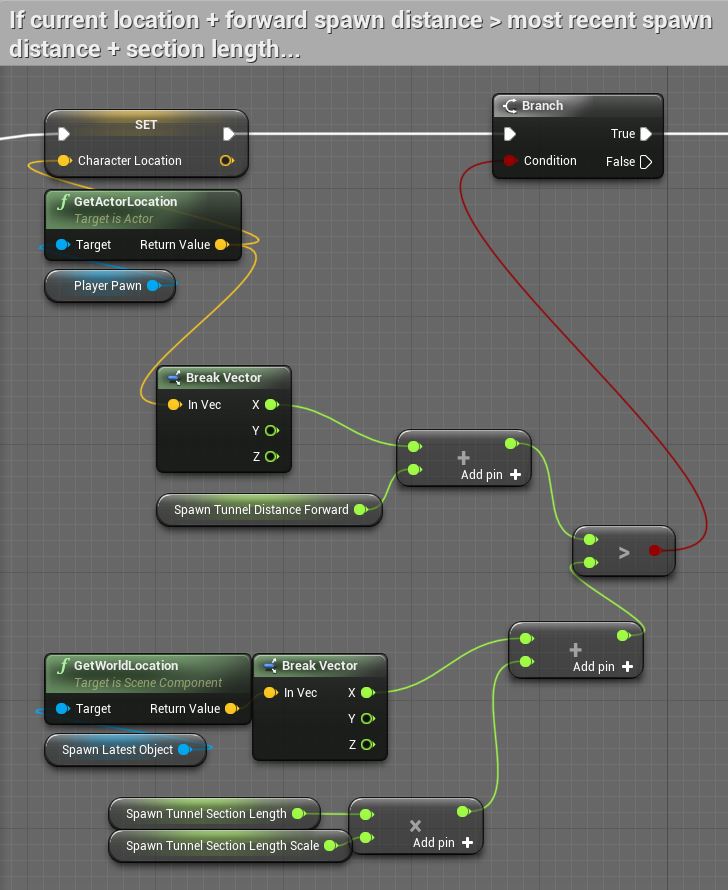 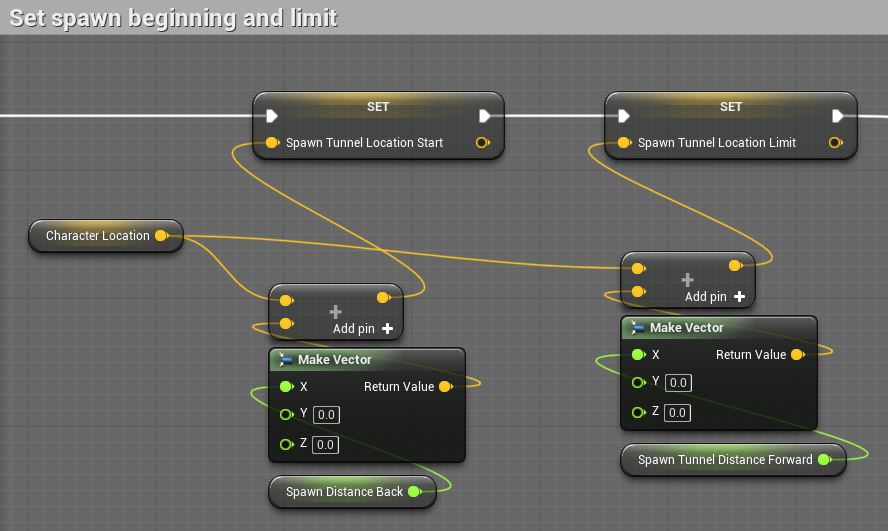 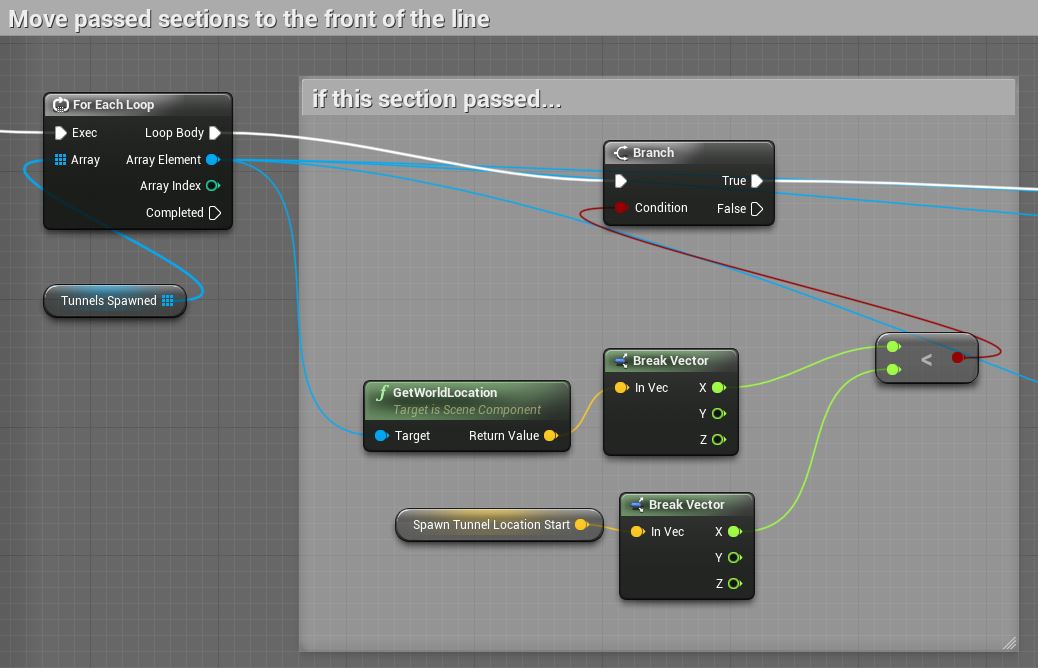 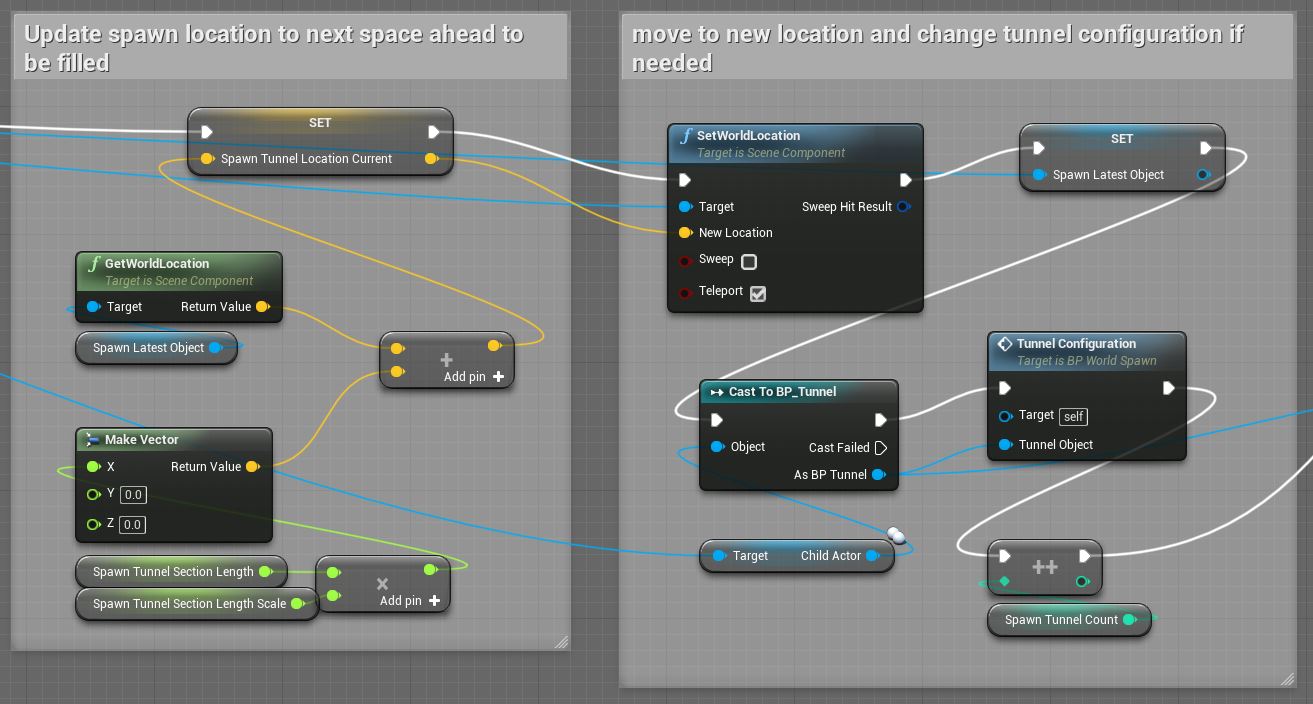 The only caveat involves a World Origin Shift: when this occurs, the tunnel child actor components will need to be looped through and moved by the amount of the shift (as shown in step 6 of the previous post).

That is genius, I felt like I could watch it for hours without being bored…
Are you willing to release a “playable” demo ?

Nice! And very kind to share the result of your research! Thanks!

That is genius, I felt like I could watch it for hours without being bored…
Are you willing to release a “playable” demo ?

I just posted a playable prototype on itch:

Since starting this project I’ve added completely procedural music/audio (including the ability to play music on the in-game synthesizer), and made a lot of changes and improvements to the visuals. 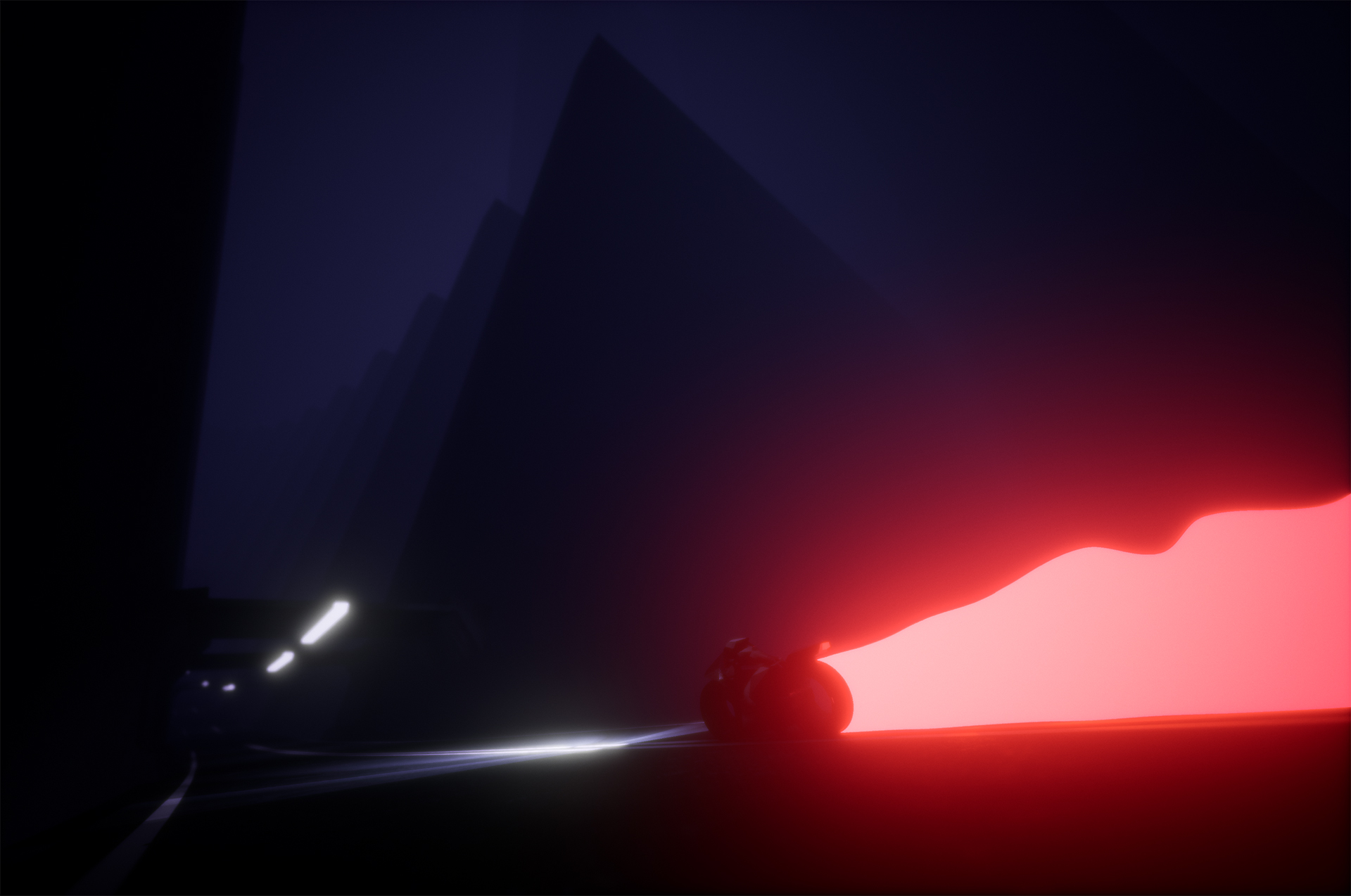 This is honestly incredible. I’ve had dreams about almost this exact kind of thing. You’re a god for providing some of the blueprints too.

If I might ask, how did you handle the tunnel configurations? I assume it’s quite simple, but I’d love any pointers for that.

This is absolutely epic - how do you curve the road? Is the difference so little (per piece) that you just rotate them, or is “offset target” some other method?