Just confirming that I’m seeing a dramatic decrease in performance moving a Forward Shading project from 4.25.4 to 4.26.2.

Anyone ever figure anything more out about this FPS loss in 4.26 ?

In number 2 you mention new shader model. Is this “shader model 5” ? In one of these 4.26 performance forums , someone mentioned that using the Legacy depreciated shader model gave him his FPS back , any idea what he is saying? I mean i can’t figure how to use the Legacy shader model.

I doubt you can do that.

You could try and compare source between versions, but the changes removing light propagation volumes and getting the emissive channel to bake have nothing to do with sm5.
There’s a lot involved in the rendering pipeline and as far as I have seen the source is less than poorly commented.
Updates and changes are hard to track (other than using /diff on 2 file sets).

Still there’s no point. Use an engine version that works (.25 I guess).

Has anyone found a solution? The game slows down a lot as soon as I start it on 4.26.2 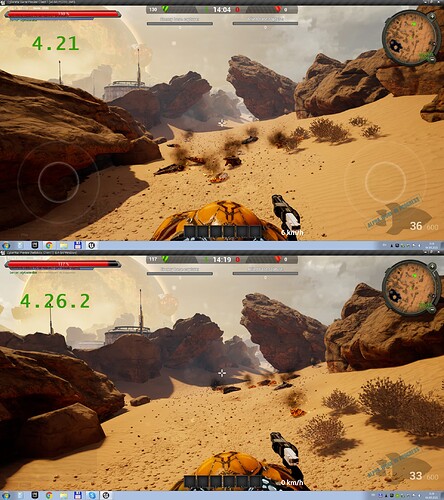 Also file yet another bug report.
At this point we know they just get ignored completely… But you should definitely experience it yourself

Does it tell me anything if when i change scalability to low or cinematic , it makes no difference in FPS? Same with material quality , it can be the highest setting or lowest and it seems to make no difference to FPS.

ShowFlag.Translucency 0 does not affect my fps. But i noticed that when setting that , then seems to turn off emitters , like torch fire , etc… also , but i had a lot of torches on my level , and so far , removing many of the larger torches from the level is what gave me the biggest boost in fps so far. So perhaps it is tied in with that.

I still don’t understand your proposed fix of disabling translucency. It’s like disabling 3D graphics; yes, it will run faster.

point is thats test on empty level with just landscape and plane landscape material, and even there those parametars have impact, why? this is not story of full maps in develop, where everything can be problem. it is just plane landscape totaly empty level, there is nothing to heavy use translucency !!!

and thats not at all proposed fix, its ridiculous!!! that is simple question, why is that ??? obviously in 4.25 ShowFlag.Translucency have small impact in this specific case (but that is ok becouse on plane landscape no translucency), then why 4.26 is so mutch differenece with r.ScreenPercentage=50 ShowFlag.Translucency=0 from 4.25? 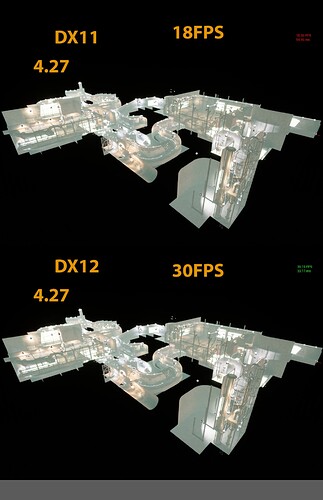 @Flitzpiepe_o.0
Sure, it’s the same scene. but what’s the point of bench-marking it like this?
When is a player EVER going to be allowed to have a camera view the same as your example?
I’ll tell you when: Never…

@oglo51
When you bench stuff you should really look at MS counts. FPS means nothing in reality, since it’s an approximation. The milliseconds that it takes to render are a much more solid control point.

its ridiculous!!! that is simple question, why is that ???

Have you met Epic yet?

Sarcasm aside, they obviously updated and “improved” the translucency shaders.
Or perhaps more realistically, just made a da mn mess of it all because of the inclusion of the emission into baking. or whatever else.

IF that’s the case, replacing the USF from .25 into .27 or whatever would possibly improve performance. However I’m not 100% sure if re-compilation of the engine is needed on doing something like that.
You could try to diff the shader files.
https://github.com/EpicGames/UnrealEngine/search?q=.usf&type=commits

However this is ASSUMING that the shaders are the problem.
It’s less than an assumption actually. It’s a guess. It could be anything that’s actually contributing to ■■■■ frame times.

I pretty-much stopped using the launcher distributions all-together - and even the engine in lieu of stuff that can actually perform with some modicum of consistency.

@MostHost_LA I noticed this yesterday while testing.

I can’t believe after all this time still there’s no official answer to this, is Epic really not about performance at all? The only thing that meters is that it looks pretty?

You could report it as a bug, as I already did. Maybe if we are tons, they will reply or take it into acount.

Well look at how many games that we seen in the past that you could tell that it was all about how good it can look? Like they are competing against other devs at who can make the best looking realistic games. Plus more features.