[WIP] Mobile game - Not named yet

Busy setting up all the transforms for the camera, pawn, spaceship, target indicator, windows etc.
Lots of work. But exciting.

Had to rework a lot of textures to compensate for the new lighting that is night vision. I am in favor of the left look. Some say the right is better. But personally i feel night vision should look more like that on left.

Any opinions would be much appreciated.

Going to use this thread to post updates to a small game i am working on.

First Post
Some textures created during the course of today. All tileable. Intended for indoor use. Includes Diffuse, Normal maps. Some have spec maps but this game is aimed for mobile so spec maps will be excluded

The first house layout is complete. Busy blocking in props i will need in their locations before starting work on the detailing and texturing of them.
Aiming to keep the entire scene below 40k polygons.
Currently at 8000 polygons.
Also aiming to only use 3 x 1024 textures to texture everything in the scene.

The first 6 levels will all play off inside this house. Its a puzzle game of sorts. 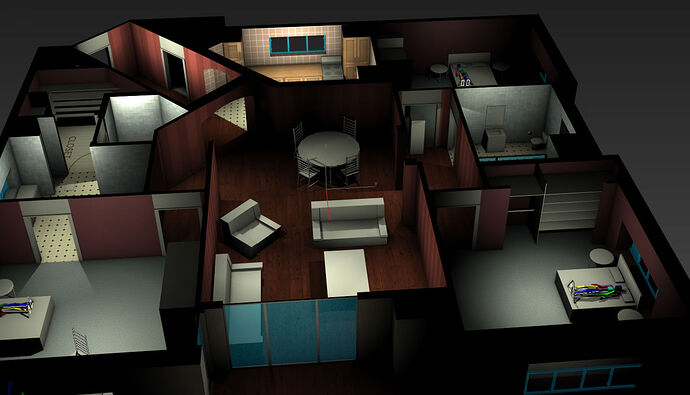 Still busy with the assets for the first house.
Polycount is now on 16k

great looking!
wonder what’s the performance on mobile devices? are you targeting ios or android?

Ios and Android.
No idea yet on performance. Will see soon enough. Few more assets to create then im starting optimization.

No idea yet on performance.

@rodstone Thank you. Ingame i had to abandon the translucent look due to those materials looking a bit meh.
@Zeblote Just waiting on apple. But im sure performance is gonna be extremely poor. Will have to get my cert before i can start considering optimization.

In the meantime. Working on characters now. 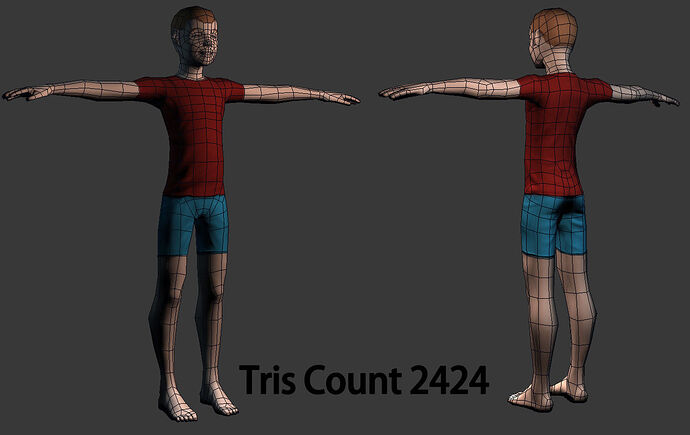 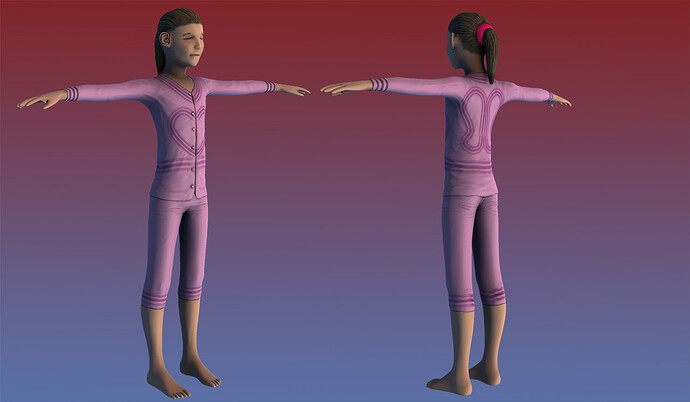 Fantastic work so far Crocopede! I really like how you have laid out the house. I am very excited to see how you make this a puzzle game for mobile. Keep up the great work and I can’t wait to see more as you progress along in the development of your project! Have a great day!

This is cool! You’ve got a great start on your layout. You’re styling reminds me of the mobile game series Breach & Clear.

**They have a similar styling as well. **](http://www.breachandclear.com/wp-content/gallery/art-assets-gallery/officebreach.jpg)

You mentioned you wanted to do it as a puzzle game. What types of puzzles and things do you have in mind?

Thx. That game looks awesome. Inspired me. I like their clean look.

I have been told this game is a dexterity game more than a puzzle game. But im still brainstorming if i can change some small mechanic to make it more puzzle’ish.

Simple concept of moving people out an open window. You are an alien spaceship abducting them while they sleep.
Most gameplay mechanics have already been completed and tested. Only thing outstanding gameplay wise is Game Center, and an Online high score system.

Everything is being done in blueprints.
Level selection menu that works on the unlock 3 stars per level based on your score.
Need a certain amount of unlocked stars before you can progress to chapter 2 or 3 etc.
Awareness counter that wakes up the abductee etc.

I lost the girl model. I accidently moved her a few units while painting and as a result the mirror axis changed and warped stuff. Didnt notice until i overwrote my file. (No backups - dont ask why)

Will redo her tomorrow and create a younger smaller boy character. And the parent props.
I still have a significant amount of work ahead but hopefully it can be done by end of month.

This sounds cool! Definitely keep us updated and if you get a build out anyone can play I’d definitely be interested in giving it a shot and offering some feedback. There have been some awesome games brewing in the community now that everyone is getting more comfortable with the engine and it’s refreshing to see what everyone is doing and how different a lot of the games are!

Keep up the awesome work!

It is pretty exciting i must admit. Stoked to see more than just FPS or 3rd persons on this engine.

I got the game on the phone. Realized that on mobile normal maps are just not worth it. Its such a small difference i am going to just paint some black and white lines on the textures. This alone will suffice i believe.

Noticed my controls is pretty ****. On ES2 this is good but once on mobile with such a small interface things get a little weird considering i have implemented controls to lift and lower the player based on where you touch. If you touch above the pawn the thing raises and vice versa.

But noticed that sometimes while touching the analog stick it will register the touch elsewhere. Will rethink that idea. Perhaps just add a constraint to the middle area of the screen.

Performance wise the game runs 100% on Iphone 5.
Busy trying to establish why the ipa is 100MB. My game content weighs in at 14mb atm. So something is weird as the engine size is roughly 25mb. Therefor it should be a 39mb ipa. Will keep optimizing and testing packaging the game for ios before finishing off the last assets.

Back to playing with optimization.

Took a screengrab from the phone.
Still going through on a room by room basis. Importing all the assets in game. Correcting lightmap uv’s etc.

Right now the lightmap looks very blocky compared to what i see in ES2 as you can see in the screen grab.
But atm performance so far is pretty solid.

Experiencing some bugs. Well one mainly. From my level selection menu it refuses to load levels. I believe that somehow the mapname changes. On Pc i called the map Level1, Level2 etc. And implemented a blueprint for the menu.
The reason i went this way is i dont want a very long Blueprint. I just want to add my level button graphic, click on it and it knows which level to go to based on an exposed public variable i created to make implementing things faster.

As mentioned. In the ES2 previewer its working fine but something bugs when on the device. 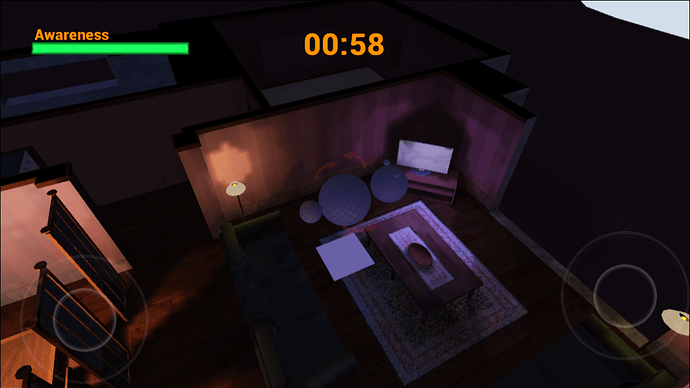 Nice your wip, keep it up !

Implemented pinch and zoom controls.
Removed elevation controls. (raise n lower human)
Reworked all the movement and controls as i needed to restrict the camera to 45 - 89 degrees above the player while still allowing it to rotate freely.
Doing this i could not longer use the normal controls yaw pitch roll, so i had to create a new system.

Gonna do some bug hunting today. Especially why my levels are not loading anymore once deployed to a device. 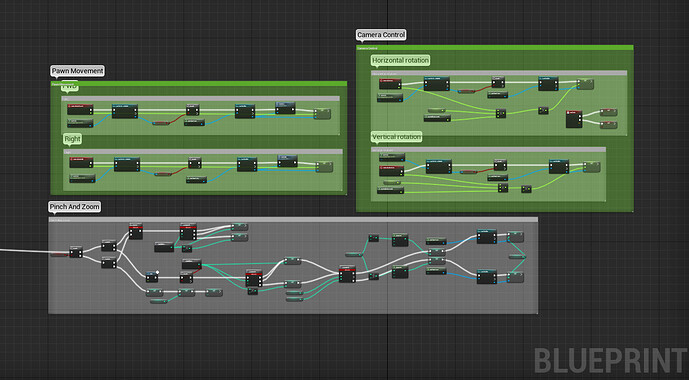 I need some help guys n girls. Please see this thread. Its driving me up the wall