Why is my material appearance different in Lit and Unlit mode?

I’ve got a material remade from the tutorial found in the internet . I try to simulate something similar to boiling water . Material looks like this :

Preview in material editor looks OK as well as material itself in Unlit Mode in the scene. The problem is that material freezes itself and changes a bit right after switching to the Lit mode. As showed in the video below: 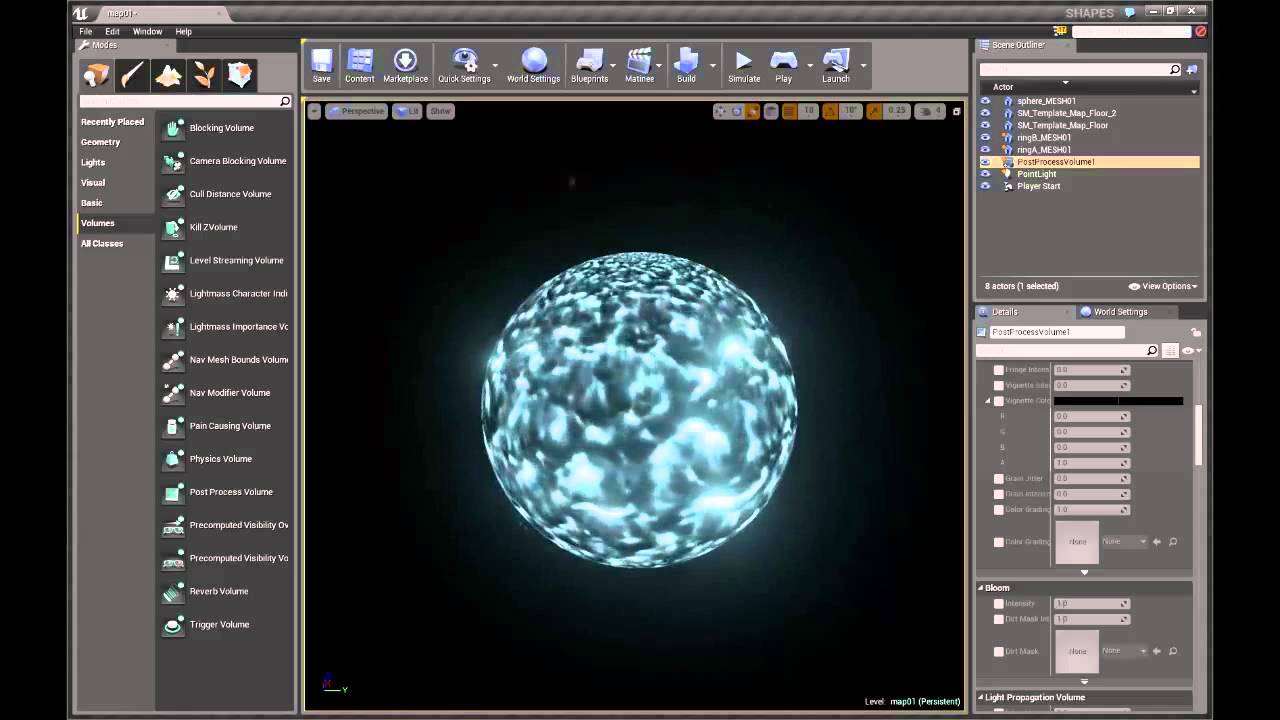 I tried to change standard material properties but it changes nothing. Am I missing something trivial ?

Check the tutorial you are basing this off of, but you have a translucent material which makes sense for boiling water, but you have nothing plugged into Opacity. I feel like something should be plugged there.

That is because there is something plugged into your emissive.

So here is the material literally copied like you send it to me. Just so you can see how the same stuff is done inside the material editor. I think a lot of your code is obsolete and some of it just does not make sense at all, like creating a float4 with code for each channel and later only using the x and y component. I left all that stuff in there, just so you can see the same result, and hopefully I did not forget anything.

The following things should be checked:
Make sure the texture import setting sRGB is the same as in Unity.
Use the material instance “Forcefield_Inst” instead of the material Forcefield on your mesh, this way you can change the Mask Power, Offset, Field Color and Pos_a all in either blueprint or c++. A MATERIAL CAN NOT BE CHANGED IN GAME, ONLY INSTANCES!

I hope you like it, and I hope I didn’t screw up any of your code :P. 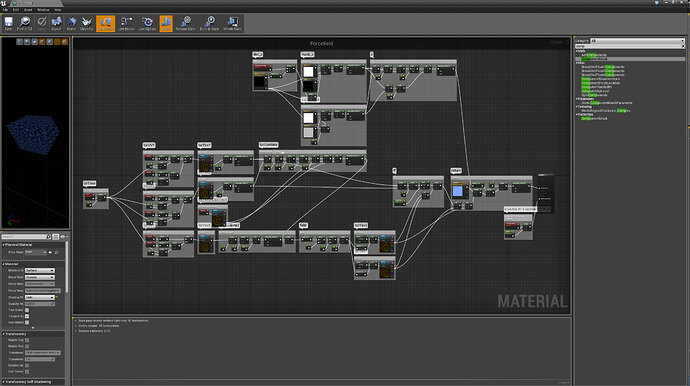 Nothing to do with the question, but how do you make your blueprint capture to have it full size ?

You’re right.
Emissive is too extensive and it covers other material features. Will try to tweak that.

Changing opacity didn’t resolved problem. As Roel wrote below emissive needs to be corrected. Thanks for effort though