What GPU's can support GPU Lightmass?

I was trying to bake the lights on my level with the GPU Lightmass option but when i tried to it gave me a message saying “GPU Lightmass requires hardware raytracing which isn’t supported by your GPU”. I have the Support Hardware Ray Tracing activated on my project settings and that makes me question 2 things.

I’m using an NVIDIA GeForce GTX 1060 i never expected it to do Raytracing but i was looking for a new Graphics Card and i saw the new AMD 6750 XT does it support Hardware Raytracing and can it bake the lights using GPU Lightmass? 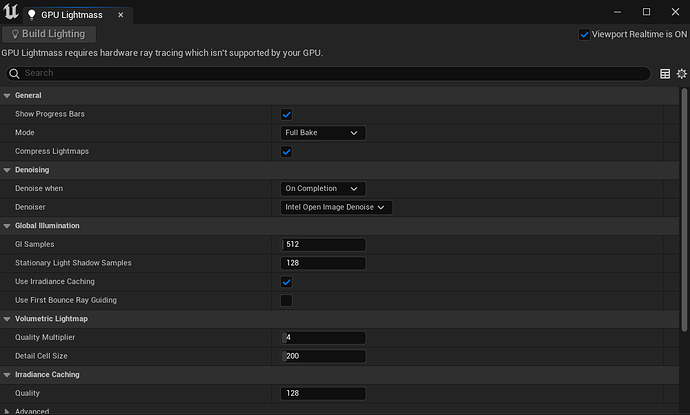 Nevermind! If you are having the same problem i found a way to get the raytracing features to work on any GPU.