I created a new Virtual Reality project and tried to use Groom to create character hair.
When I play with the VR Preview option and the HMD moves to the hair position, this time the Editor quits due to an error. But when I play with Selected Viewport option, it works fine, but of course there is no VR effect.

Here is the message when the Editor quits due to an exception:
“Assertion failed: DebugData.bAllowRHIAccess [File:D:\Build++UE4\Sync\Engine\Source\Runtime\RenderCore\Public\RenderGraphResources.h] [Line: 112]
Accessing the RHI resource of CategorizationTexture at this time is not allowed. If you hit this check in pass, that is due to this resource not being referenced in the parameters of your pass.” 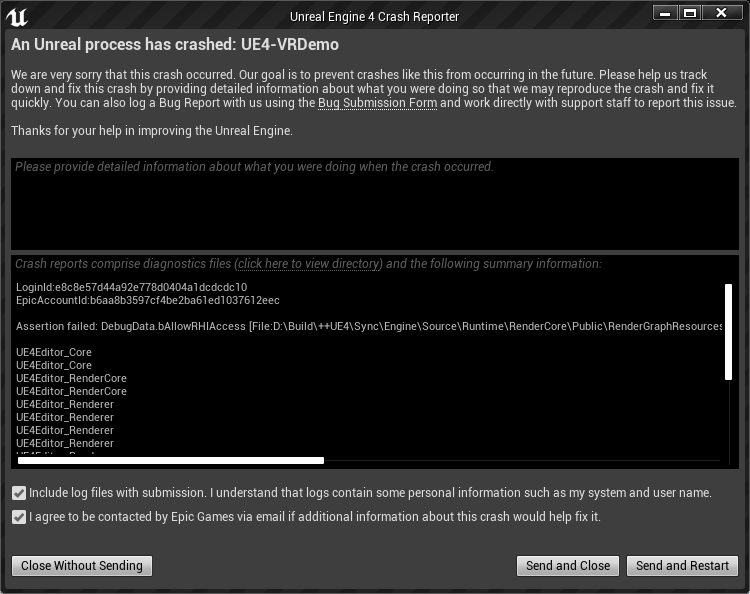 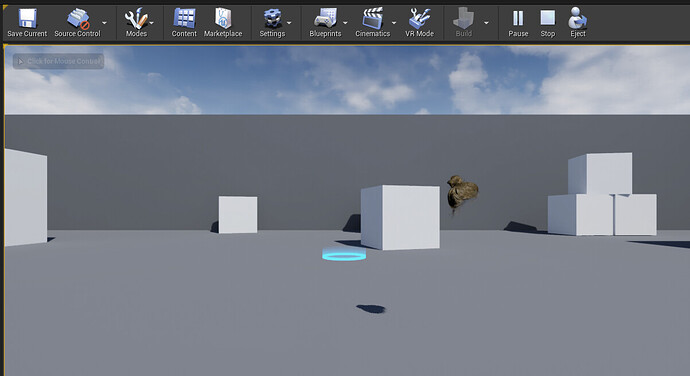 I have the same problem with 4.26 release version and my Oculus Rift S…

Just wanted to chime in that I’m having the exact same problem with a Quest 2. Here’s what I’ve found out:

It seems to be a render pass error? Not sure how to access the settings for render passes.

We have managed to get it to stop crashing. The groom now runs in VR. Sort of.
Main issue now is that it only shows up for the left eye, and we have no idea why.

Ok, so disabling “cast dynamic shadows” on all movable lights will allow it to run without crashing. Runs perfectly fine, but with two problems. First, obviously, there are no shadows. Second, it will only render for the left eye, not the right. No clue why this is happening.

That’s all I’ve got. I’ve tried changing more or less every other setting I can think of, none of them have any affect.

Picking it apart in render docs also wasn’t able to shed much light on why it only renders in one eye. It does attempt to render the right eye, but then it just renders nothing. No clue what’s up with that.

Did you fix the “left eye problem” ? I have the same issue here.thank you

NOPE. Still haven’t fixed it as of 4.26.2, though we haven’t tried it in 4.27 , but I have not seen anything that indicates it would be any different.

Unfortunately, the issue seems to be at the engine level. The engine does run the render pass for the hair for the left eye, it just renders nothing and we still don’t know why.

Have not tested in 5EA with Lumen, though, so I suppose there’s a slim chance it could work, but I’m not super hopeful. For now, we’ve moved to only using cards, which definitely sucks.

Since this thread got resurrected I wanted to chime in and let everyone know that we’re working on supporting Grooms for VR. Earliest you can expect it would be in 5.0.

We had the same issue, and the reason was because we had a metahuman in our scene with Alembic Groom hair system on it. As soon as we removed the metahuman characters from the scene, it started to work again.

Earliest you can expect it would be in 5.0

This is great news, VictorLerp… I appreciate your chiming in. I will keep an eye on the 5.0 pre-release notes/etc…

Does the problem above fixed in UE 5.0?