I have made a flat level with a navmesh on it. In this level i have a blueprint that, when activated, places a large solid block, and afterwards deletes this block and in stead places 1 of 5 randomly chosen types of highrise building.
The block symbolizes construction of the building and covers the same area as the highrise itself.
The highrise buildings are made so that i can run through halls on the bottom floor.

However when the highrise gets placed, the construction block get “component deleted” but is still blocking the navmesh, so the AI characters soesn’t follow along thorugh the halls. 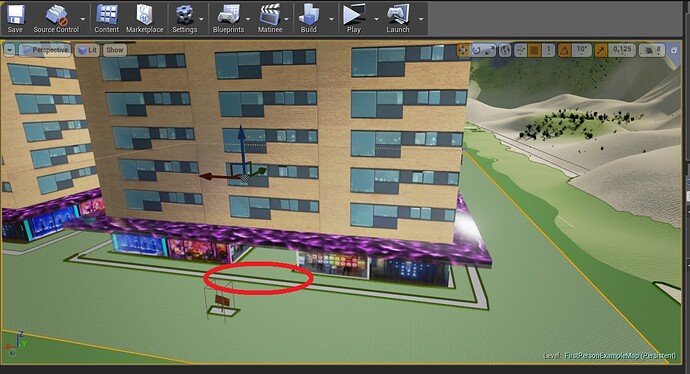 So my question is:
Does the navmesh update upon changing the level in-game (As in update when construction block turns visible, and again when deleted and random highrise is shown)
Or is it a setting i might have wrong since the construction floor is affecting the initial navmesh even though it is hidden?