I’m just looking for a quick answer to a question I have, I’ve watched all of the videos and looked at the talk through of the demos, they talk about the models being extremely dense in size and the engine not being fazed by this as shown by the videos and their explanations of the Nanite system.

My question is whether or not there are requirements for these models in terms of LOD’s and if for example I can purchase a 10 million poly/ vertex model from Turbosquid and just drop it into the engine and begin working? or would there be a lengthy process to go through before being able to even consider using it.

I’m looking to create a prototype game using UE5 and I want to know if I can use an already detailed model or would it be better to simply look for someone to model something that may cost more in the long run.

Thank you for any assistance.

I can purchase a 10 million poly/ vertex model from Turbosquid

Hi @Yoshi090,
I don’t know much about Turbo Squid, but I have had a lot of FREE experience on Quixel Bridge which is built into UE5.

Quixel has given UE5 EA2 Epic Usernames FREE access for Indie dev to its new Nanite library, many exceed 10 million poly/ vertex models, some are very expensive to commercial users.

The whole library will be available in Nanite in 2022. Currently, some models size is 8k resolution.

Quixel Bridge is a plugin enabled in your UE5 project Plugins as a drop-down directly into a layer.

During the download import, you select Nanite format.
Here is a YouTube video that starts at 8:37 for 3D Quixel Assets and it’s FREE. You can start using them now 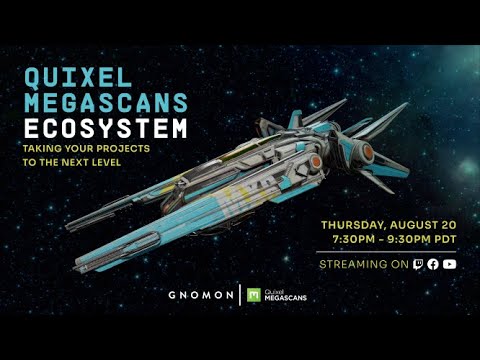 I know what quixel bridge is, I’ve used that before so I’m okay with all of that. Turbosquid is a 3d model website that you can purchase high poly models from. Some of them are highly detailed to the point where they exceed 15-20 million polygons.

I’m just looking to know whether ue5 or nanite will allow for a model of high detail to be used in engine without issues like they claim or is there a process that the model might need to go through before that can happen.

This model is just under 3 million, would the engine handle this without issue or would there be further steps required such as file type (FBX), LOD’s etc?

Hi @Yoshi090,
The model in your link has a High Poly and Nanite can easily copy with that.

Even though it may read using one of the Unreal DataSmith 3ds Max importers. The UE5 uses a generic DataSmith importer which like all UE5 is in beta Early Access.

Also included a non-illuminated 3ds Max version with standard materials (if you do not use Vray).

Which Vray cannot use in UE4 or UE5

Then you might have the same problem as described here
Fbx import has less polygons? - Development Discussion / Content Creation - Unreal Engine Forums

I only have experience using FBX models, but yes, it will drop straight in, although you might be waiting a few minutes with that many triangles, while Nanite generates its mesh data.

You won’t need to create any LODs, or handle how many triangles are needed for a given distance. In theory there isn’t a limit to the number of triangles in the imported file, but in practice it does take a while to import when it’s in the millions.

There’s also a number of common reasons you would re-import the same model over and over a few times, things like updating UVs, materials, flipping normals, vertex colour changes, so while you might be fine doing this with a few models, you wouldn’t want to be doing it with a large number, unless you have a very powerful computer or a lot of time.

Well the model i’m hoping to use is bigger in size but that was the first model i clicked on to reference a size etc, I’m working on a prototype for a naval game and the idea is that the player is in control of a ship and only comes into contact with other vessels for specific reasons, which means the system will mostly only be handling the one vessel and any environment the player is near.

So in terms of that is a model of say 8-9 miliion okay or not? in terms of fps once in game and not in engine??

Yes, most definitely. The way Nanite works is using a distance field to cull triangles. If your entire model has 9 million triangles, it won’t show them all, it will only show as many as necessary.

It will have no negative effect on the frame rate of your game, even if you have thousands of this model on the screen at once, although you might see some loss of detail with that many.

It is configurable though, so you could force it to always render every triangle, at any distance, or something more reasonable, up to you.

As mentioned, it’s very automatic and the only things to consider are time to import and file size, although with 9 million I think it would only be a few hundred MB at most.