Here it is with both the recorded and non-recorded MH on screen simultaneously, recorded with the Sequence Recorder. *Note - no animation was applied, just a static recording 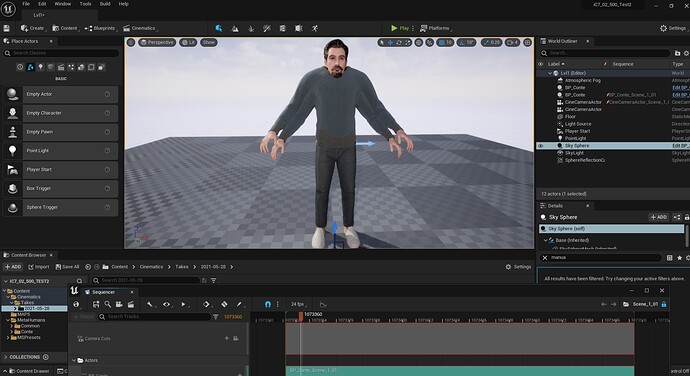 And here is a Before-timeline and In-Timeline screenshot of the Take Recorder glitchfully warping the body to the larger size: 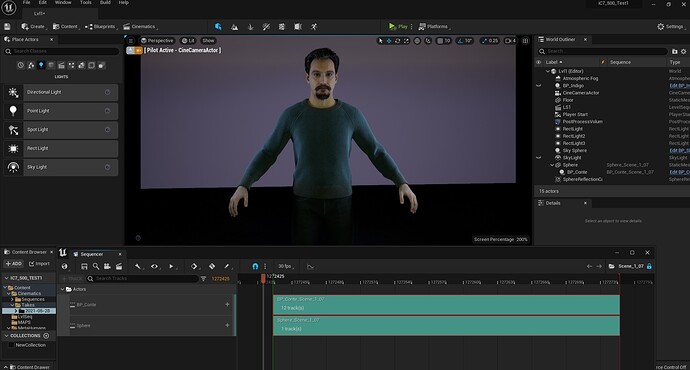 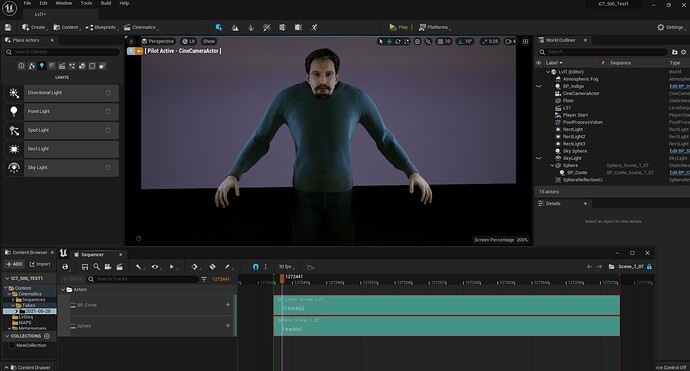 Issue already reported, however not yet fixed or anything made better, no work done on it…
Note - apparently only applies to Male variant MH, not Female variant MH:

My problem is that when I finish metahuman animation with livelink app + take recorder in Unreal, it creates a copy of my actor with animation attached, and it looks weird (see screenshot). While animation itself looks good, the body of my characted is rescaled and head is moved to wrong position. Can it be fixed? [error]

Thanks for connecting my report! I think there was even older report (from March or April) made by another user with the same issue, and nobody from MH team responded to it too.

I have a similar issue but in 4.27, when I create my animation hand keyed, a strange things happens with the legs, not sure if it mesh related or skeletal but usually when I add an alembic cache to the scene the legs pop slightly, although not noticeable under normal circumstances because I’m adding an alembic for cloth animation I notice that the mesh for the legs has popped through, if I re-add the body skeletal mesh to the body mesh in the Blueprint it instantly goes back to how it was originally.

Anyone got any thoughts on this?