I´ve been playing around with UE 5 since early access was released, and have to say i´m having a blast with lumen, no more static lighing is amazing, loving it so far, but i´ve run with several issues, some already reported in this forums.

Just note i already read the documentation for both lumen and nanite, and while geting a solution for this issues would be nice, the puprose of this post is mostly to let epic know abot them since the point of early access is to give feedback, even if other have reported such issues already.

I´ll leave 2 videos showing most of the issues i have so far, Most of the assest are from an old unfinished project i started on UE4, the project in UE5 was started from scratch, nothing was migrated from the old project, models and textures are fresh impots, and are low poly, no million high poly meshes. Materials done from scratch.

There´s only one directional light, and one sky light which is set to real time capture. Static lighting was disabled on the project before even importing any model, lightmaps uvs are deleted manually on every asset, and “create lightmap uvs” on import is disabled.

I have an exponential hight fog and a sky atmosphere on the scene, directional light shadows are ray traced.

The post process volume is set to unbound, and exposure is deactivated by putting both min and max brightness at 0.15.

Global illumination, and reflections are Lumen, in both project settings and post process volume. Shadows use virtual shadow maps, not using hardware raytracing for lumen.

All meshes are Nanite exept the walls and floor, since i am going to use a vertex blending shader, and all of them as well as ceilling meshes have thickness greater that 10 cm or units.

My machine specs are:

Another problem is related to what i think is exposure and occurs only in a specific part of the level, but as i said, exposure was deactivated on the post process volume which covers and exeeds the area of the level and, is set to unbound, here is a video of the issue: UE5 Early Access Exposure Issue - YouTube

Another weird problem is some green pixels appearing at random mostly on the floor, they dissapear when the camera moves, it´s not a problem of the scene being indoors, the first time i saw them was when i only had the floor, a couple of walls placed, and a directional light, sometimes they don´t appear at all. Here´ a screenshot: 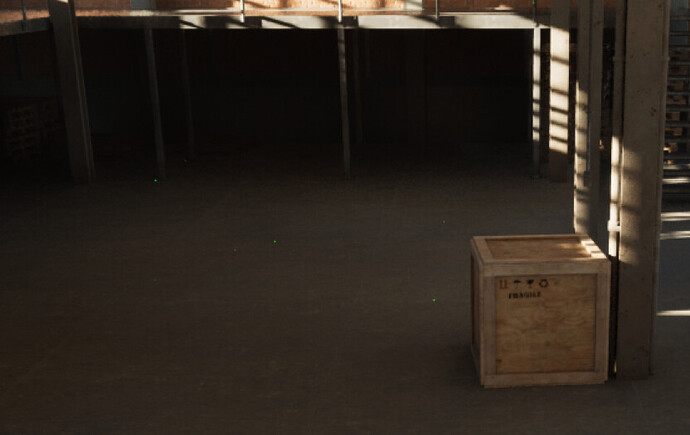 In another project migrated form 4.26, bigger tan this one, only indoors, no sky light or directional light, a lot of omni lights, the GI got totally messed up when walking at certain parts of the level, selecting meshes form the floor, or at random. The only way to fix it was reloading the level, that´s why i decided to test making a level from scratch in UE5, not sure if the issue on the second video is related to that.

I´ve noticed that the gizmos, for some reason affct the GI, don´t know if that´s intentional but it would be cool if the gizmos were set to be ignored by lumen, it´s kind of annoying to select a mesh and suddenly get some green or red GI covering the area near the gizmo, one time it stayed there even after deselecting the mesh, the only way to fix it was deleting the asset and ctrl+z to restore it, then the Ghost GI form the gizmo was gone.

Finally i´ll leave screenshots form the nanite meshes visualisation and Distance fields, plus the material, all meshes use an instance of that same material: 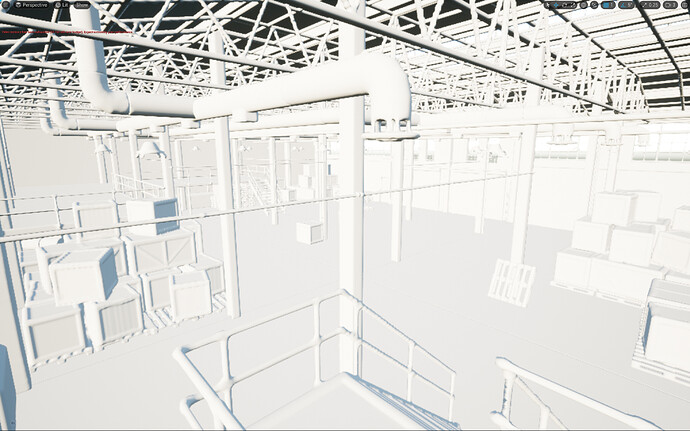 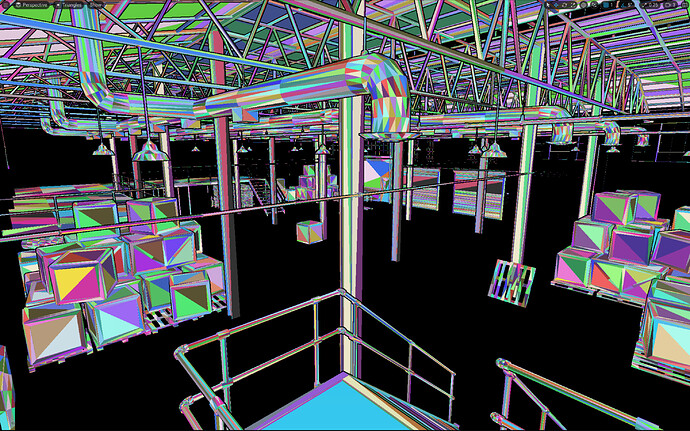 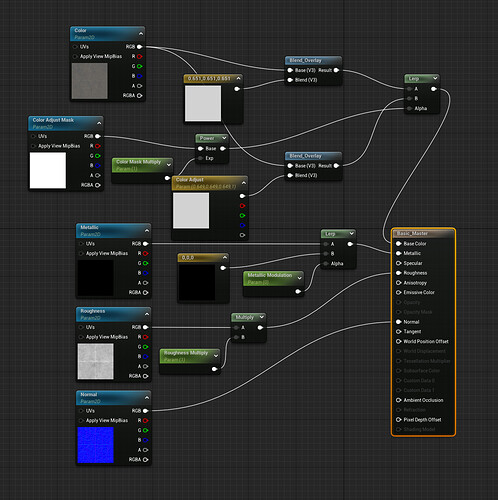 I think it´s all for now, i´ve had many other issues like bad performance hiccups and issues with the interface, but that´s expected form an early access build, on the other hand some of the issues with lumen and nanite are not, and we must keep reportig them to epic.

Thank you for reading and May the Lumen be with you.

Same here. Something else ive noticed is when changing views like from Nanite Overview then back to Lit, performance tanks for a few second. Thought it might be Lumen “restarting”.

i think the exposure thing is a red herring. it just seems to interfere with lumen but in actuality its lumens early stage that is screen bound and gives that ssgi feel.
i havent seen those green dots but i have seen some weird artifacts on screen with convolution bloom enabled.

What bothers me te most are those horrendous trails mesh leave when the camera moves, like you can´t even make a nice looking video with all those things going on, and other users dont have those problems, it has to be the hardware, i´ll upgrate to a 2080ti next week, and see if that changes anything.

has anyone found a solution for this? I actually stumbled on the solution when UE 5 was released and I was just watching videos to get myself familiar with the program and now that I am starting to jump in and use the program I can not for the life of me find it. The good news is I know for a fact there are setting tweaks to fix this. Does anyone know what to do??

I don´t think there´s a solution for those issues at least on this early access version, i upgraded my videocard to a 3080 and the performance improved big time, but there´s still a lot of splotches ghosting and artifacts even with the GI setting at 5, so let´s hope that on the final release this issues are adressed.