I’m currently learning UE4 basis from the Unreal Engine YouTube channel.
In this particular blueprint tutorial a Trigger Box is used so that whenever an actor goes inside a small room, a PointLight is lit after 0.5 secs delay.
As long as I DON’T build the project, everything works just fine: the room is pitch dark, I go inside, light turns on, I go outside, light turns off.
But after building the project the whole room is slightly lit for no reason. The PointLight blueprint script still works, but the room isn’t dark anymore.
I literally followed step by step the video (and actually you can notice he never builds the project)
[This is the video I’m talking about][1]

Now this is how the light appears BEFORE building the project: 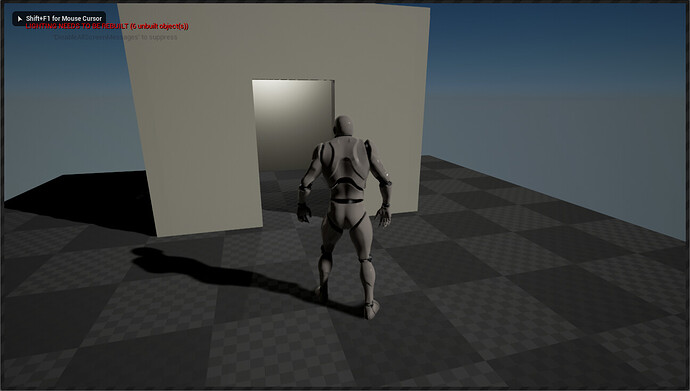 And this is what I get after building the project: the light gets superbright, if I make it not-visible it doesn’t turn off but rather slightly decrease its brightness and even worse, you can clearly see that the light goes through the walls 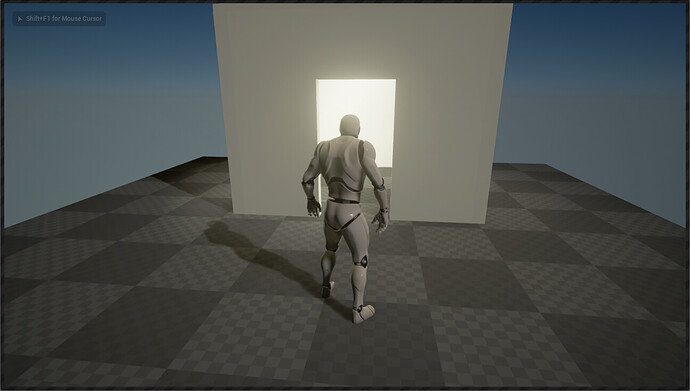 I have a couple questions for you that will help me narrow down your issue!

Auto exposure is on.
I turned it off and it doesn’t change a bit. I’m going to add a couple of screenshots to show better what happens

I was able to reproduce your issue and I have a workaround for you.

To work around this issue I changed the intensity down to numbers between 300 and 1000, and I also changed the Attenuation Radius to around 500.

Let me know if you continue to have issues!

I’ve done as you said: now the light is not super bright, but, as you can see, the interior of the room is still slightly lit (the room is supposed to be completely dark) and the light still manages to pass through the walls (now it’s hard to notice, but still, supposing I wanted the light to be extremely bright by choice, I would totally notice the impact on the exterior of the room) 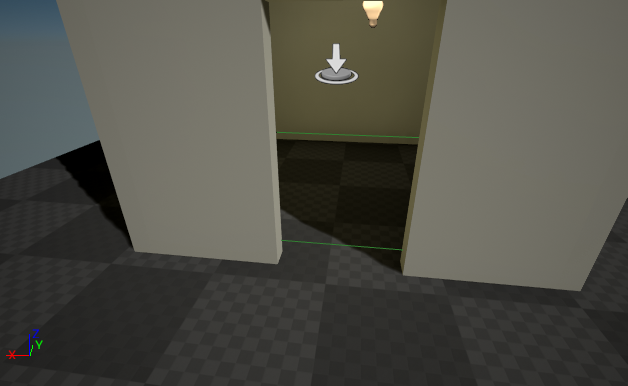 I modified a the scale of the LightmassImportanceVolume. I believed I was supposed to make it the same size of the room. Now I have reduced the size as you can see in this screenshot but I don’t understand why I have to resize it. isn’t the Volume supposed to “encapsulate” the light inside this specific area? Why do I have to make the Volume smaller?

I’ve been trying to “play” with the light system on other projects (everyone different from the previous one considering I’m following UE4 tutorials) and yet every time I compile, I still have this issue: added lights are too bright, Lightmass Volume has to be rescaled, light goes through the walls if it’s too bright by my choice