UE 5.1 in GitHub ue5-main and backwards compatibility with 5.0

I’ve been building from source from the ue5-main branch for working on a project (it’s been great to witness all the improvements!). Yesterday after I built it, I re-opened the project and realized that the version number has been bumped to 5.1. I was wondering if this means my project will now not be openable in 5.0. I’m guessing a 5.0 branch will appear on GitHub eventually for release and that bleeding edge development has shifted to 5.1. Is this correct?

That is correct. Unreal only implements forward migrations, so if you use the dev branch, you will not necessarily be able to open the project in a release branch for even the same version.

Is there any info on when 5.0 branch will be public on GitHub?

When it happens. That’s about all we’ll know.

Hopefully they would be adding this to the Epic launcher soon.

Yesterday after I built it, I re-opened the project and realized that the version number has been bumped to 5.1. I was wondering if this means my project will now not be openable in 5.0. I’m guessing a 5.0 branch will appear on GitHub eventually for release and that bleeding edge development has shifted to 5.1. Is this correct?

If you want to make your old versions compatible you can, as a temporary fix reset your forked Git Hub repository.

Start without debugging. You will now see that all your old project using ue50-main are once again accessible.

The real way around this is to make two versions on different drives/paths
One with ue5-main 5.0 and one ue5-main 5.1

No, it’s just the version number in the ue5-main branch that changed to 5.1 (same as shown in the splash now). This doesn’t mean it will be released in the Launcher, I’m guessing it just means that whatever they are adding to that branch is now scheduled to be released in version 5.1, which will come later after 5.0 final release next year. As for features, not much so far, but you can check the commits in GitHub. 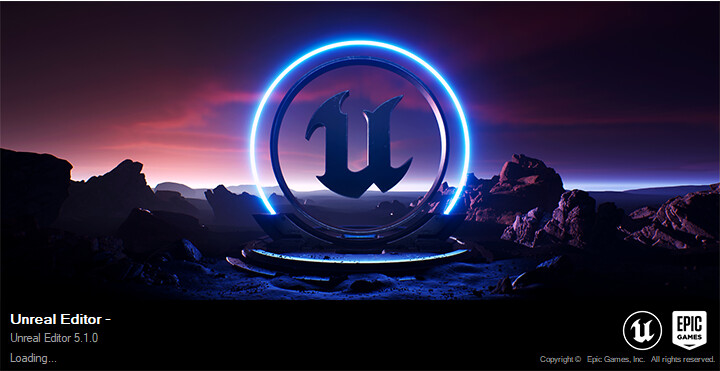 Yes, I thought of doing that too. The problem is that I don’t know for how long I can continue building from ue5-main and doing this before it diverges so much from 5.0 that it won’t be compatible with the official 5.0 release. It would have been great to have some kind of warning about this change and access to the 5.0 branch before it happened. Hopefully soon.

The moment file versions change is when things won’t load in anything older. If you want to use the release version later, I wouldn’t go past that commit blindly.

Ue5 is still suitable for testing than making solid production products thus it is EA status. If need, stay on EA2. Just my 2 cents…

Oh yes, I agree and I’m aware of the risk. I don’t mind it as much since my projects are not to be released as a standalone. It’s an art project with a cinematography output.

I’m having an issue with UE 5 EA and visual studio 2022 preview, ha, ha try that two not released pieces of software. Setup.bat runs fine but when I run generateprojectfiles.bat it ran for a bit then spit an error out about not having visual studio 2019 installed. Shouldn’t 2022 have backwards compat. toolset visual studio 2019 kind of like Visual studio 2019 had the 2017 toolset which fixed this issue. If anyone knows how to fix it so that it detects visual studio is installed and make it use the right toolset, please help me… I mean if I have to, I’ll go back to 2019 but I am a beta tester for microsoft and running windows 11, you see what I mean ;’)

Thanks to anyone that can help me with this as I’m working on a game for PC and Xbox Series X|S, I’m planning to make use of UE 5 to make a crossplay game for both. I also want to be able to compile a network server on linux using the subsystem if possible. Thats a horse of a different color tho, please just help me with my first issue first, I still have to install the linux subsystem so I’m not ready for that help yet.

Thanks in advance tho!

I’m certified now so it should not require approval. Thanks for listening.

Is it not possible that they changed their mind that it’ll no longer be 5.0.0 when UE5-stable is released? It doesn’t seem like anyone on this thread is an Epic employee that understands why they bumped it to 5.1 (the purpose of this thread). While @Zeblote’s message is correct to not assume backwards compatibility will work because this has been the way, I think this thread is still unanswered since there’s a good chance there may never be a 5.0.0 stable release.

@VictorLerp @iveytron yall have any clue whether or not we can work on the latest ue5-main code (which has been marked as 5.1.0 in the Build.version file) and still be compatible for whatever UE5 stable release goes out? Thanks!

They’re always working on the next version. This isn’t anything new. The bump is a cut off to start the process for stabilizing it for release. It’s probably as answered as it’s going to get before the 5.0 preview shows up on the launcher at some point in the future. They don’t usually talk about github branches.

Thanks for pinging me @IncantaGames!

The 5.0-Release branch has yet to make it to GitHub - if you’ve been working on UE5 Main and want to use the 5.0 release version I would suggest you wait until 5.0-Release branch is available on GitHub and continue your work there.

Edit: I will update this thread when it’s available.

Can’t wait to work out of the 5.0-Release branch. Is it going to be made available soon?

@VictorLerp Is this the good one? Exciting!

Yes I came here to say that it’s now available!