Okay. I will try to explain this the best I can.

I have created a strobing light effect using Toggle Visibility and a short Delay of 0.1.
This effect works flawlessly on the Server with 0 issues.

But on the Client, the effect only works within a FOV range of 90 degrees. Anything between 90 and 120 causes the effect to slow down and only processes about twice every second.

Does anybody have an idea why this might be happening?

(The Spotlight is attached to a skeletal mesh inside of an actor blueprint. This also happens to another static mesh with Toggle Visibility and a Delay. )

EDIT: It seems the effect lessens if I increase the Delay to 0.2. But It’s not ideal as I want the strobe to be faster than that. 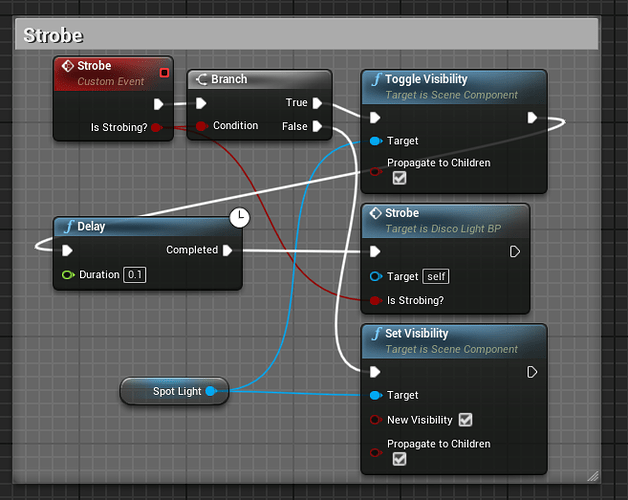 I figured it out! I found this thread.

My game was sending more bytes than my limit over the network. I increased it to 20KB/s.