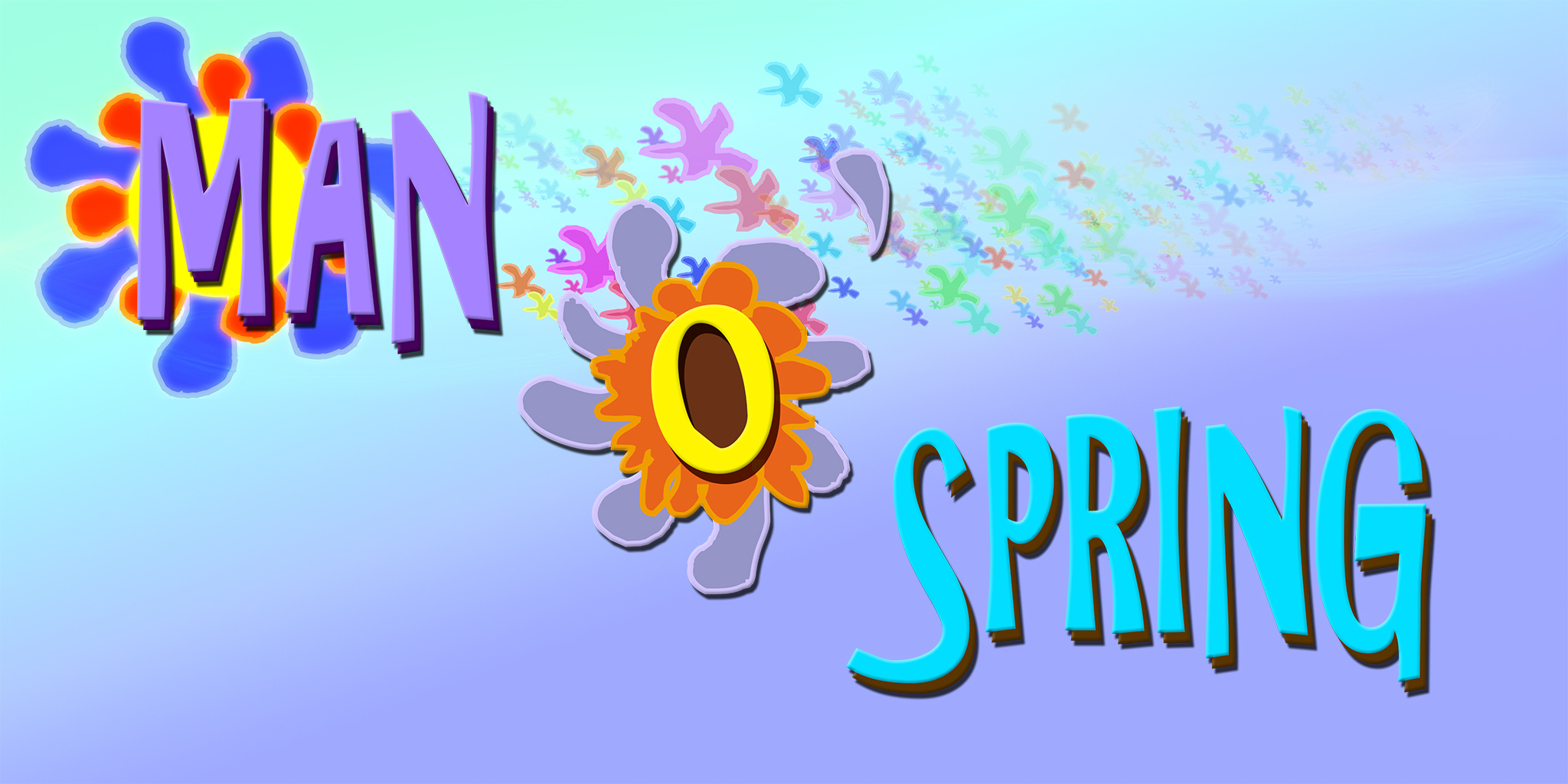 EDIT: I noticed my game was set on restricted for some reason and I’ve fixed the issue immediately. Forgive me for the troubles. Please download and give a try.

About the game: You play as a fruit that need to find its way into a bucket of water. You need to keep the fruit in the air since it will explode upon impact with almost anything, so it is a constant battle with gravity.
The setting is also during the spring, of course, so there might just be a small wasp-infestation… you’ll see.

Everything in the project was created from scratch within the game-jam period by me (including all assets, music & sound effects etc). No templates were used either

The game has also got a pretty decent “random-weather” system which varies lighting, fog-density & Rain between levels, but Lighting and Fog are changeable in the ESC-menu if that is preferred! 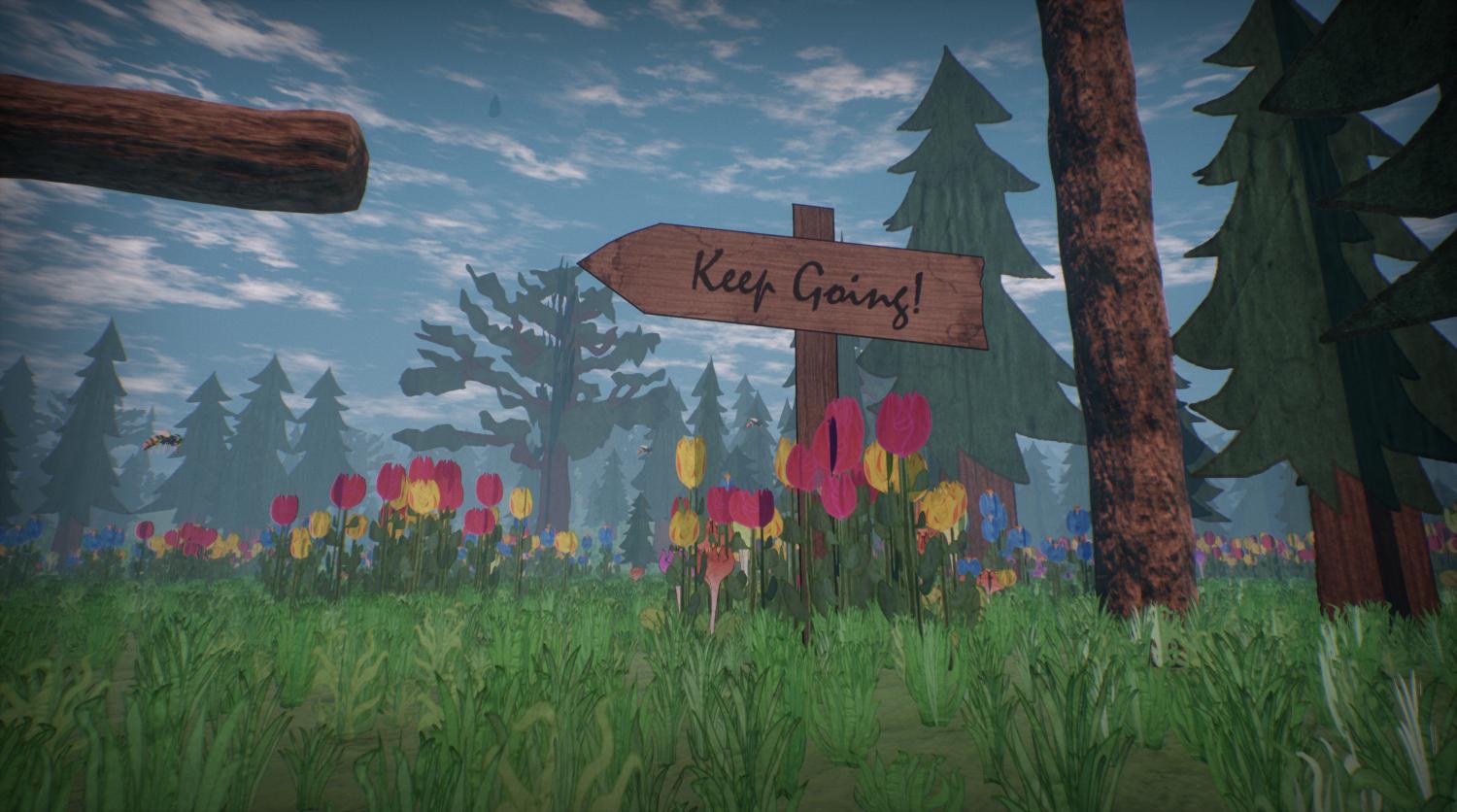 Controls - WASD to add velocity to the fruit, ESC to open the menu and NUM5 to toggle a small cheat menu.
PLEASE NOTE: The cheat menu might confuse some of the AIs in the game, so I have added a “debug” button in the ESC menu. When you click it, the game will reset, but it will remember which level you were on, and send you right back!
ALSO NOTE: In the last level, there is a wasp-nest right at the beginning which will send out several angry wasps which will follow you around. SOME TIMES the wasps won’t be able to find you, but the debug-button in the ESC-menu will take care of it garuanteed!

**
(If you manage to beat the last level, there will be a small price that I hope some of you will aprechiate ♪)** 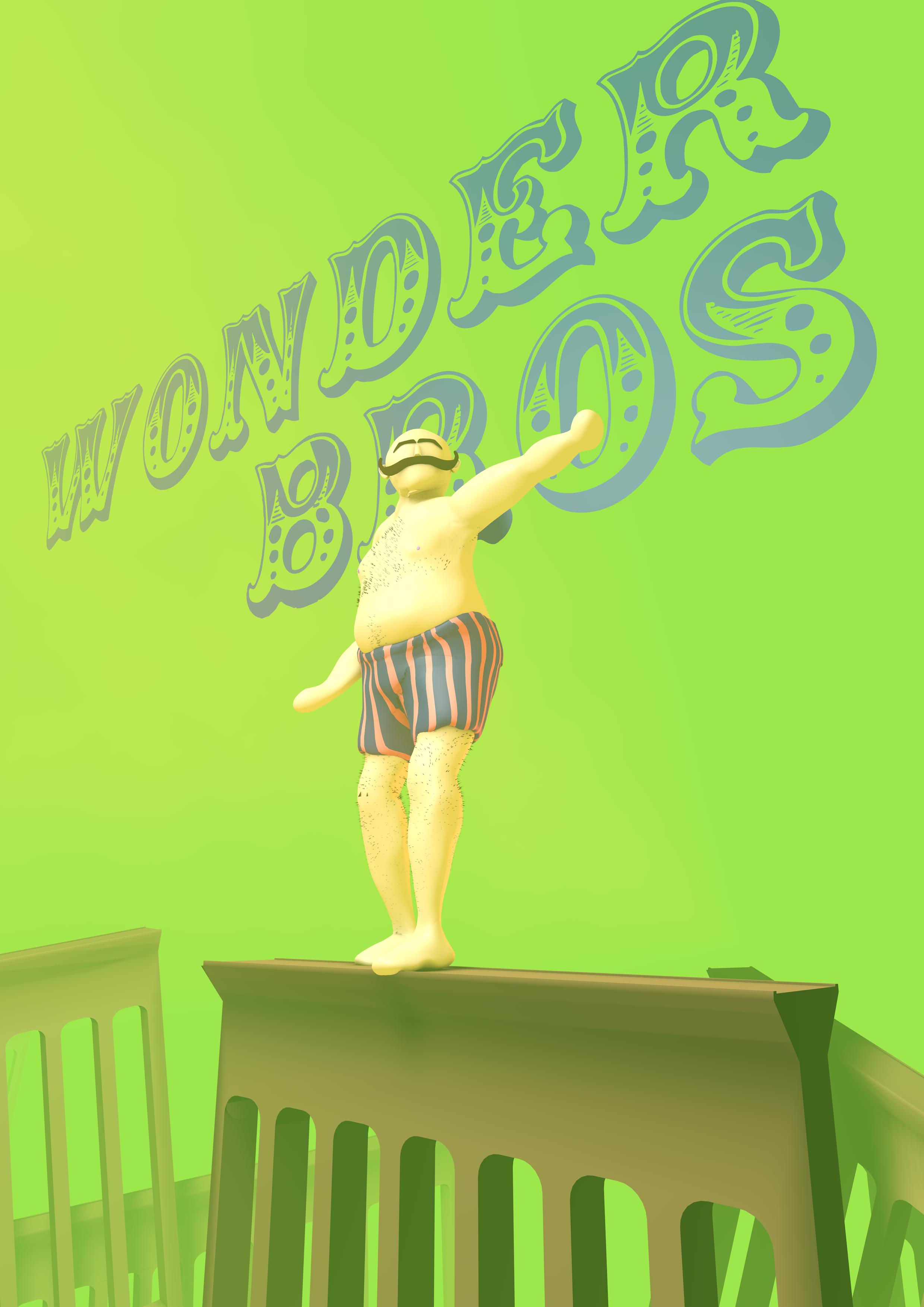 How to play:
Left, Right arrow (or A,D) to move
Up, W or Space to jump
S to stand still
Q to switch characters
E to spawn trampuline (if you have one), or pick one up

As a baby of small animal, reach to safezone.
Snakes are looking for food, but they can’t detect stationary things.
Keep silent, and hide from them.

Your death is not the end of your specie.
Beyond corpses of your family.

Made for VR: HTC Vive

Game:
A security guard at the springers bar is on a daily watch wishing he might just spring into action. 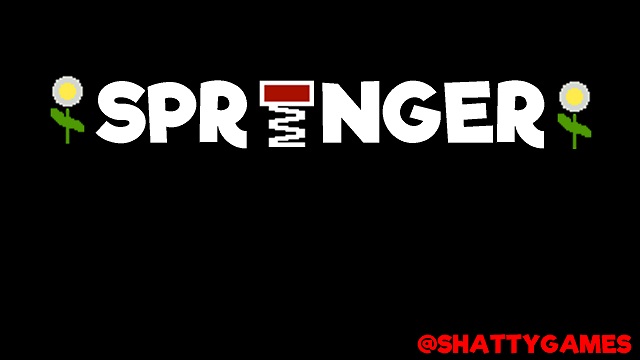 Description: 2D Platformer using springs to move around. Kind of like Sonic the Hedgehog, only much worse and way shorter.

Controls: A & D to move around, Space to jump.

Content Notes: Most content by me, spring sound effect taken and modified from freesound.org, level blockout created using the Supergrid Pack on the marketplace.

Other notes: Short on jam time this weekend, but that wasn’t going to stop me from participating in the first quarterly jam. As always had a ton of fun. Just wish I had the time to make more game. Always needs more game. 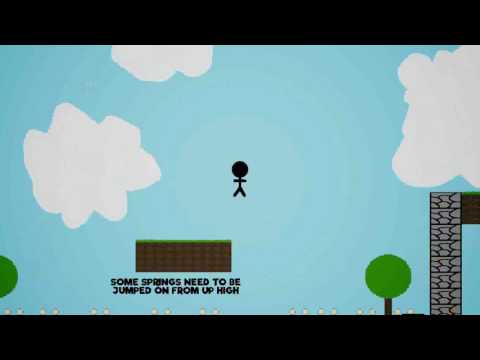 You need a microphone! Only a handful of phrases were able to get added in before
deadline (too much time got drained on L-System adventuring and spline mesh battles). Here
are the commands there so far:

Side note: Not one person, NOT ONE… Walked by and tried this without cussing
at the plant. Slightly entertaining, but we found it took some magic to get the speech
recognition system to catch foul language. We got it finally, but didn’t have time to
implement feedback for that. The fun bit, was sitting there debugging and dev’ing,
with a valid reason to be cussing up a storm.

Our goal was to have the plant grow and react differently for “nice” and/or “mean”
phrases. Also wanted the environment to evolve as well.

Peace out!! We look forward to our t-shirts and everyone else’s entries. Looks like we got some crazy stuff this jam!

Bring “spring into action” by drawing the wisps to the mystical runestones scattered around the world of Nyxeria.

Progression:
The onset of spring empowers your fairy, each area that you spring into action and life empowers your jump and move speed. Explore each area and bring the wisps to the rune stones in order to bring the world out of winter and into a time of prosperity and light! 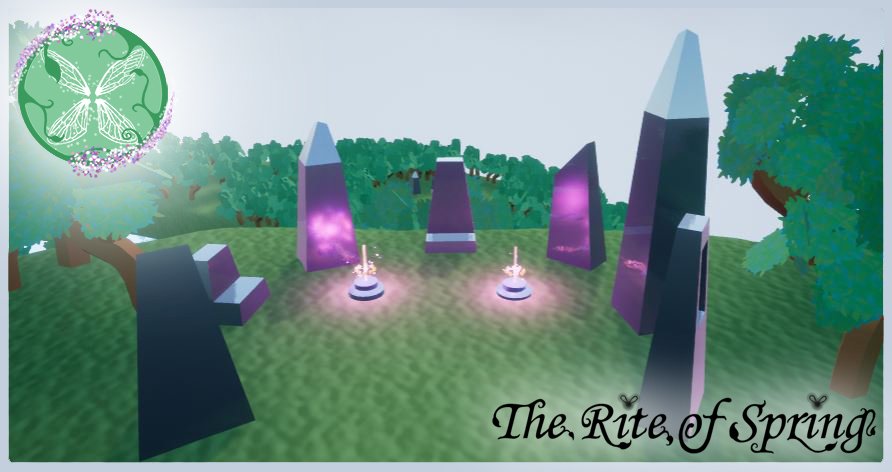 P.S Does a 100MB Rar count for the Speciality category? 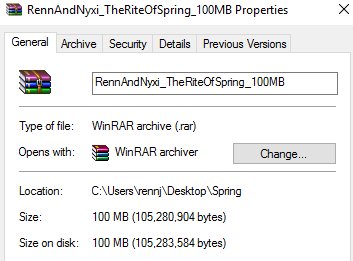 HOW TO CONNECT TO A GAME:

Start game (will be in non VR mode at first), you will be greeted with a menu. 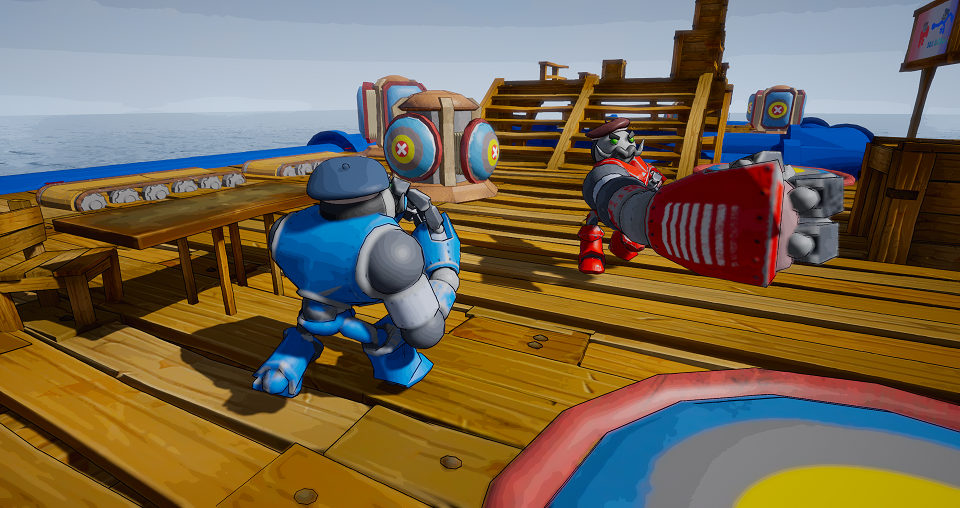 No gameplay content was created before the jam. The gameplay, camera and game concept were developed on April 1st of 2017.

Steven O’Brien for the game’s main and only music 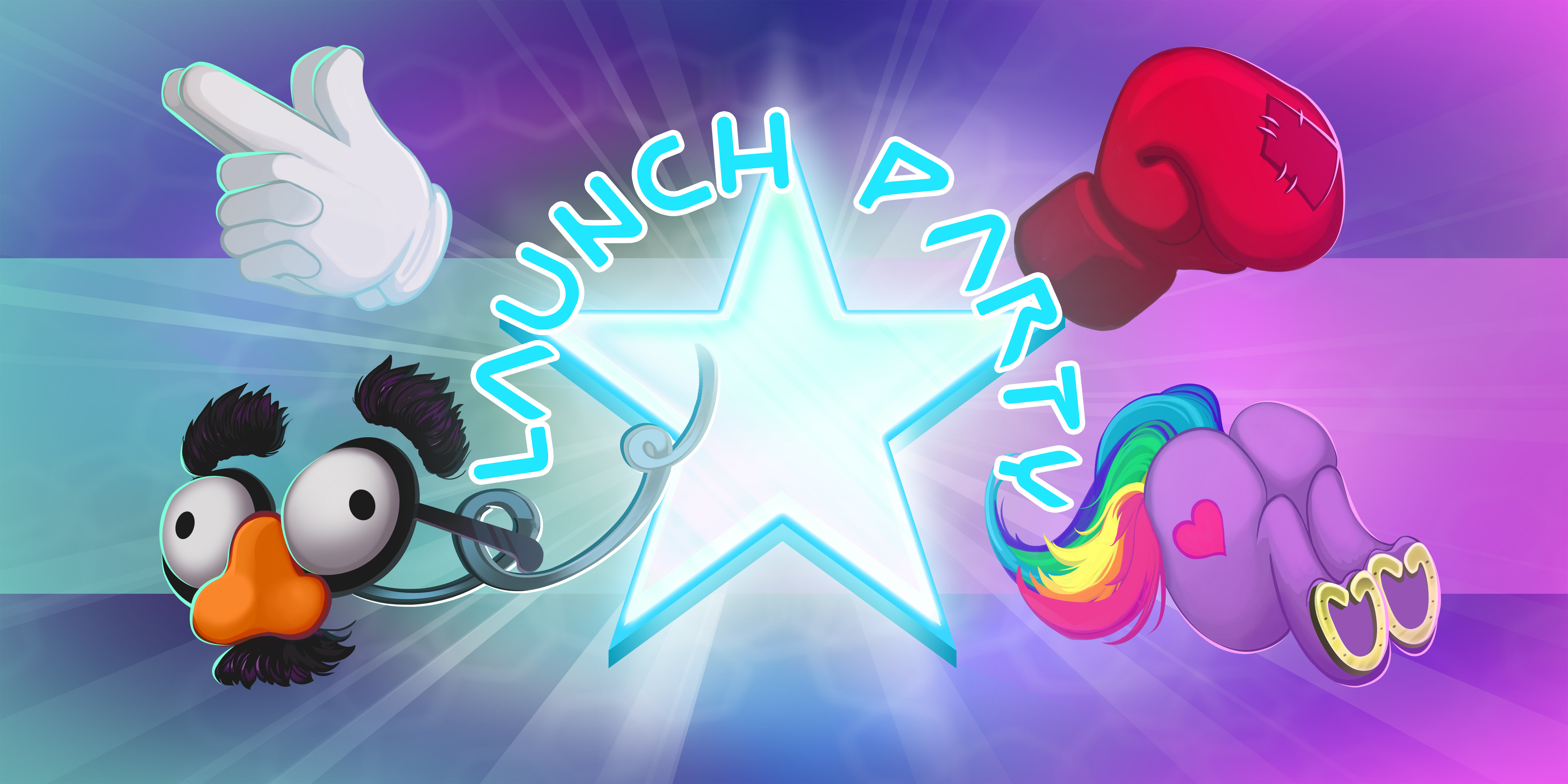 This is a Spring Based was supposed to be a party game for LAN but due to time constraints all we got implemented was a Deathmatch system. Pick from up to 8 playable classics like, Grumpy Glasses, Horse’s ***, Kancho Fingers, Carrot, Bunny’s ***, A boxing Glove, A Bee, and a Hammer. Battle with your friends in this semi competitive thing.

Controls are simple, Use the mouse to line up your crosshairs and press space bar or LMB to spring your spring into that direction. Try to ram other players to earn points. Watch the Kill Cam to see how you died. If you get stuck, Pressing F will reset your jump.

Launching the game sends you to the main menu, where if it’s your first time launching the game it will ask you for a user name. Once set you can Host or Join a game. Currently this only works on LAN. No Internet support yet. Once you host/join a lobby you will need to select your class and ready up with the X/Checkmark in the top right of the players list. Only 1 person can be any 1 class at a time. And you cannot launch the game until everyone is ready.

There are some bugs with the Kill Cam system. We did not get to implement a TDM and “Rocket league” mode. There are 2 levels players can play on with different themes. Sci-Fi and Easter.

During our dev time our bit bucket server crashed and took some hours to rebuild and bring back online.

Premade Assets:
All Sounds were brought in from external sources or what was in the Starter content in UE4
Everything else was made by the team

download link : teamyMcteamface_gameyMcgameface.7z - Google Drive
game info : time based score runner. if you sustain trauma your movement is affected, you can recover but it will cost points

controlls : space jump and F to recover from heavy trauma … A and Y on controller

Download link: https://drive.google.com/open?id=0B0acia-UkbVCa2dQSDAtUlY4NU0
Team name: GGG
List of team members: Glunder
Submission name: GGG_JumpIn
Description: You control spaceship. Your mission is to get​ close enough to the data container to get information. Wait for the best moment, jump in a system, evade missiles and get the information. But after your springing into action the enemy will start to erase data. You should be as fast as possible.
Content notes: I used stars texture from Engine Content and explosion particles from Starter Content. Everything else was done by me during Game Jam.
P.S. Can’t PM you.

All assets was created specially for jam, except ambient sound (Alex Mason - Attraction)

Spring To The Action

link to download of my game : https://www.dropbox.com/s/abc2u4h724t7el9/lightify_sring%20to%20action.zip?dl=0
Team name: Lightification
List of Team Members: Vamshik M.
Name of My submission: Spring To The Action

Controls and details:
use arrow and WSAD keys to move along with space to jump and E to interact
aim is to go to the action sphere on the top, avoid all obstacle dummies in the go.
If you fall of the ledge, you die.

disclosed conttent: 2 ground textures on the top zone were photographed befeore
other texture were made during the period
character mesh used pre made substance.
everything thing else was made during the duration using blender, gimp, Xnormal and sculptris. 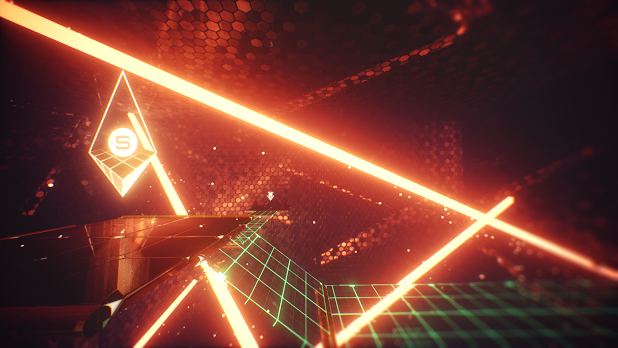 Super Grid is a pack of materials and modular meshes designed to make level prototyping faster and easier! 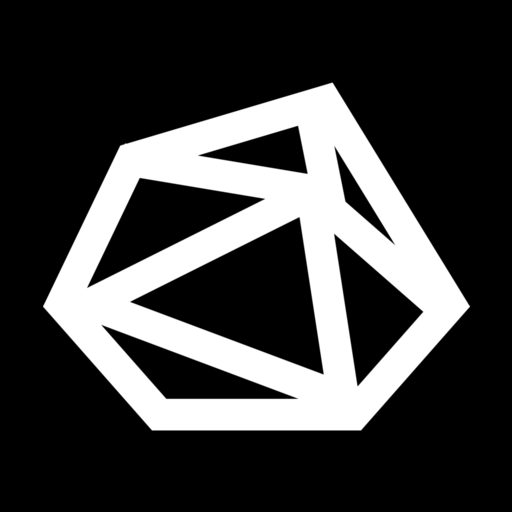 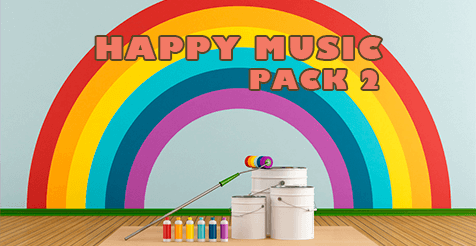 This is the sequel for the legendary happy music pack! 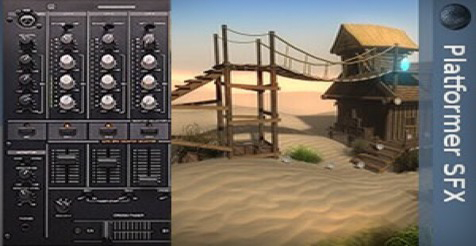 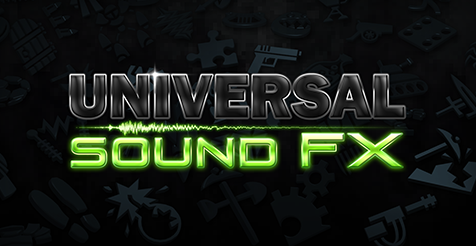 background mountains are also from suntemple 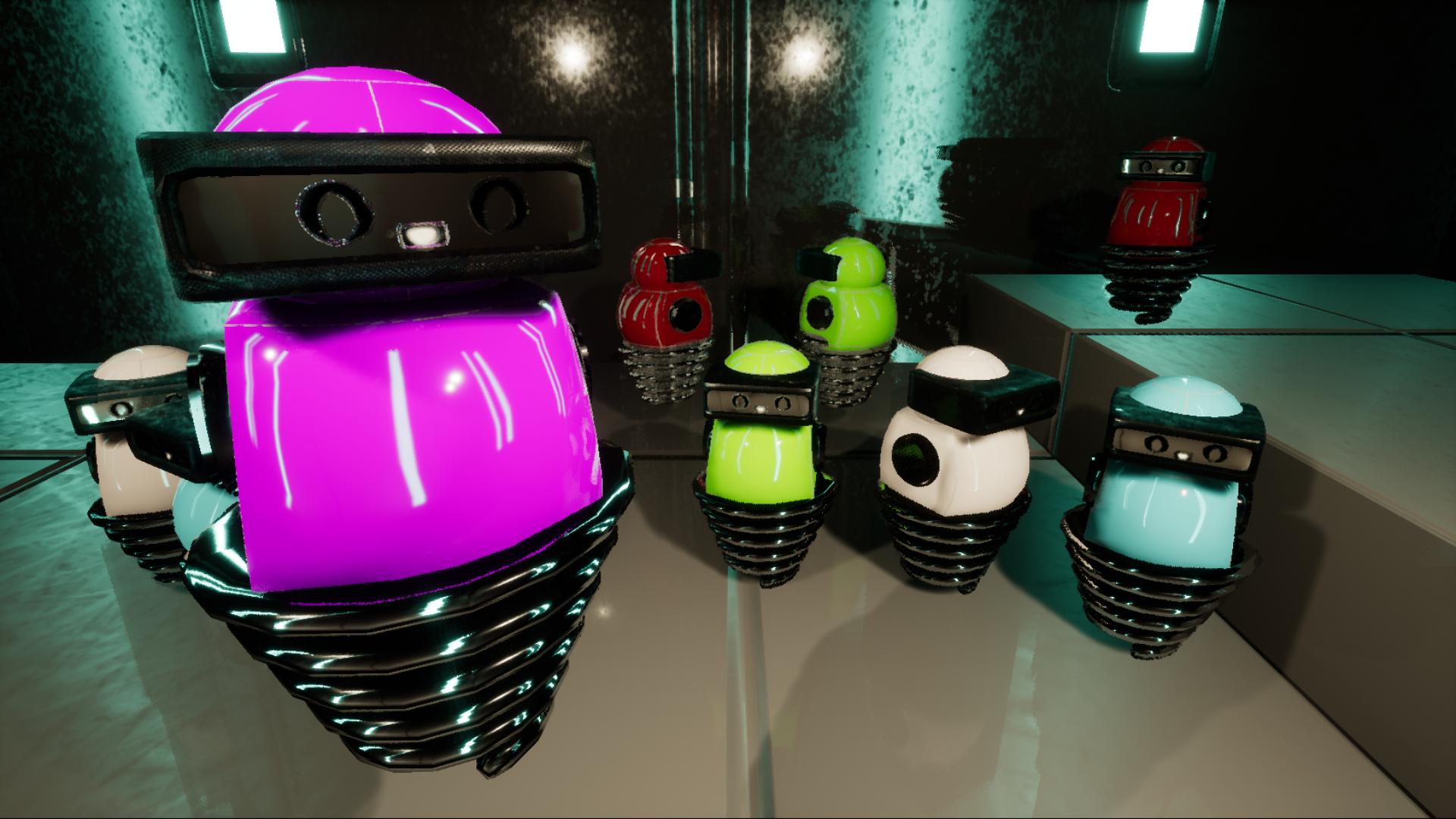 Back for the UE4 Spring Quarterly Jam, it’s SPROINKS!

Join our springy heros as they venture into a mad scientists lair who is systematically straightening all the springs in the land (oh no!)

Sproinks is a fast paced springy platformer for up to 4 players where bouncing and rocket jumping are as much of an asset as they are an impediment.

Left Thumbstick (or WD on keyboard) controls the angle and speed of the bounce/run.

Holding the Left Trigger (or right mouse) empowers a spring, making it go further and faster.

Color is important. Purple blocks allow for bouncing without any momentum loss, allowing for massive and extremely fast jumps. Red blocks kill all vertical momentum but significantly speed up your low to the ground bounces. Rockets can be used to rocket jump pretty much anywhere.

Assets Not Created During the Jam

Content that was created before the jam that was included in the final submission:
I used standard Unreal VR_Template, grass texture from here and used some sound assets from FreeSound (sounds by users: zagi2, stumpbutt, suntemple).
No other previously created assets used.