Hey guys,
Just a quick question, is this the way speedtree grass has to lock ? There are a lot really black leaves… is this correct or is something wrong?
The “really black” leaves showed up after building the light…

What happens when you add a skylight? Are those single leaves or just planes? (I dont have speedtree) Do you get any errors when you build the light?

I already placed a skylight… should be single leaves, every leave has his own plane, this is way it looks at least in the speedtree editor… it is also a bought “ready to use grass” from the speedtree shop…
No lighting build errors at all… so i guess this is not how it should look ? right ?

Hard to say. Those black things could be the shadows of the single leaves. Just to go sure -> when you use dynamic light this doesnt happen + have you placed them with the foliage tool? + do you use the default material or have you made some changes?

Because when this mesh is just a plane, it could be that the normals are pointing to the wrong way -> here you can get all information about foliage: Nature Environment in UE4 - Content Creation - Unreal Engine Forums

Multiply your normals with a twosidedsign node, and see if that helps.

twosidedsign node? ok cool i will try it… but usually the speedtree models “bought from the shop” should work directly without any changes in the shader or material…

twosidedsign node? ok cool i will try it… but usually the speedtree models “bought from the shop” should work directly without any changes in the shader or material…

I’m not sure why they should work without any changes to the shader- there are several different lighting setups you could be using. That is going to change how they look. With UE4 being in development constantly, nothing is really ship ready yet either, there are a few changes to foliage shading coming down the pipe that hopefully will help. Right now, I would not expect anything to be 100% out of the box workable for all situations.

That being said, maybe SpeedTree could recommend lighting- most likely static, that their assets will look best in.

@TimeSpirit, Simply cause the sense for me of buying something “reday to use” is… to use it without chnaging 100 things, but you are right that ue4 is changing from version to version… so yeah maybe something is wrong in the setup.

i have no idea what this issue is about … 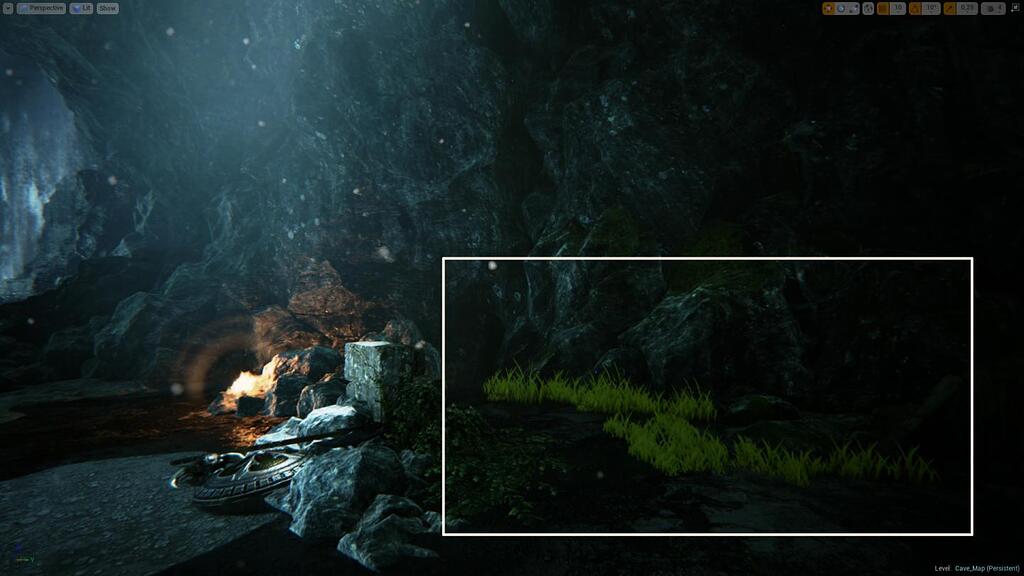 UPDATE New shading model for foliage has been added in 4.7 version of Unreal Engine, so complaints in original post are no more valid. Foliage shading model is awesome, check out Koola work for example [hr] [/hr] My...

cool many thnaks!I just took al look but jesus so much informations, they are like a million different ways but no one seams to be the perfect one, from what i see ulrichs shaders is working only when the meshes are set to movable? but that takes a way to much of performance in my scene… and by the way it seams not so easy to rebuild this shaders… )

It should also work when you place them manually -> https://www.youtube.com/watch?v=3v_DObw9Vlk

yeah thanx! i posted this also in the speedtree forum but so far it seams that no one knows how to fix this problem…

Hello folks, I always get these black spots http://oi58.tinypic.com/14nfuz9.jpg at the trees, tried different kind of lightning, they don’t look like shadows to me. Any ideas? =)

To be honest, the reason to go for SpeedTree is because it had to be easier. That’s why I’m waiting to get more stable and getting fixed. Because, I’m working on my own project, I’m trying to avoid jumping from one thing to another…

Also take a look at this thread: Speedtree light baking issues - Rendering - Unreal Engine Forums I think it’s the same problem as you have + someone from speedtree replied (I think he is from speedtree ^^)

@Piroman thaks for your tip! but vector 3 0,0,1, would mean to replace my normal… ? here is the speed tree material…

@sarfios Absolutly right! i’m really a easy going person but paying like 20 USD for grass which doesnt work… thats really bad… I was ready to pay the money cause i was looking for a easy way to put grass in my scene… now i ended up with a free grass pack which locks like 10000 x better than the speedtree grass…

@fighter5347 haha yeah… take a lock at the first post

Hmmm, yeah it looks great. Yesterday I bought the SpeedTree grass too! And I have the same problem,

Edit: After I import the grass it looks okay, but after I build the lightning these spots appear
I think, I’ll have to learn setting up a grass like the one you’ve shown.