Hi,
I have a problem with my model. After updating to 4.21 it disappear on Android Builds and Editor preview Es2. The Bone count is 39 so it’s not the bone count limit.
I made an asset audit and got this. 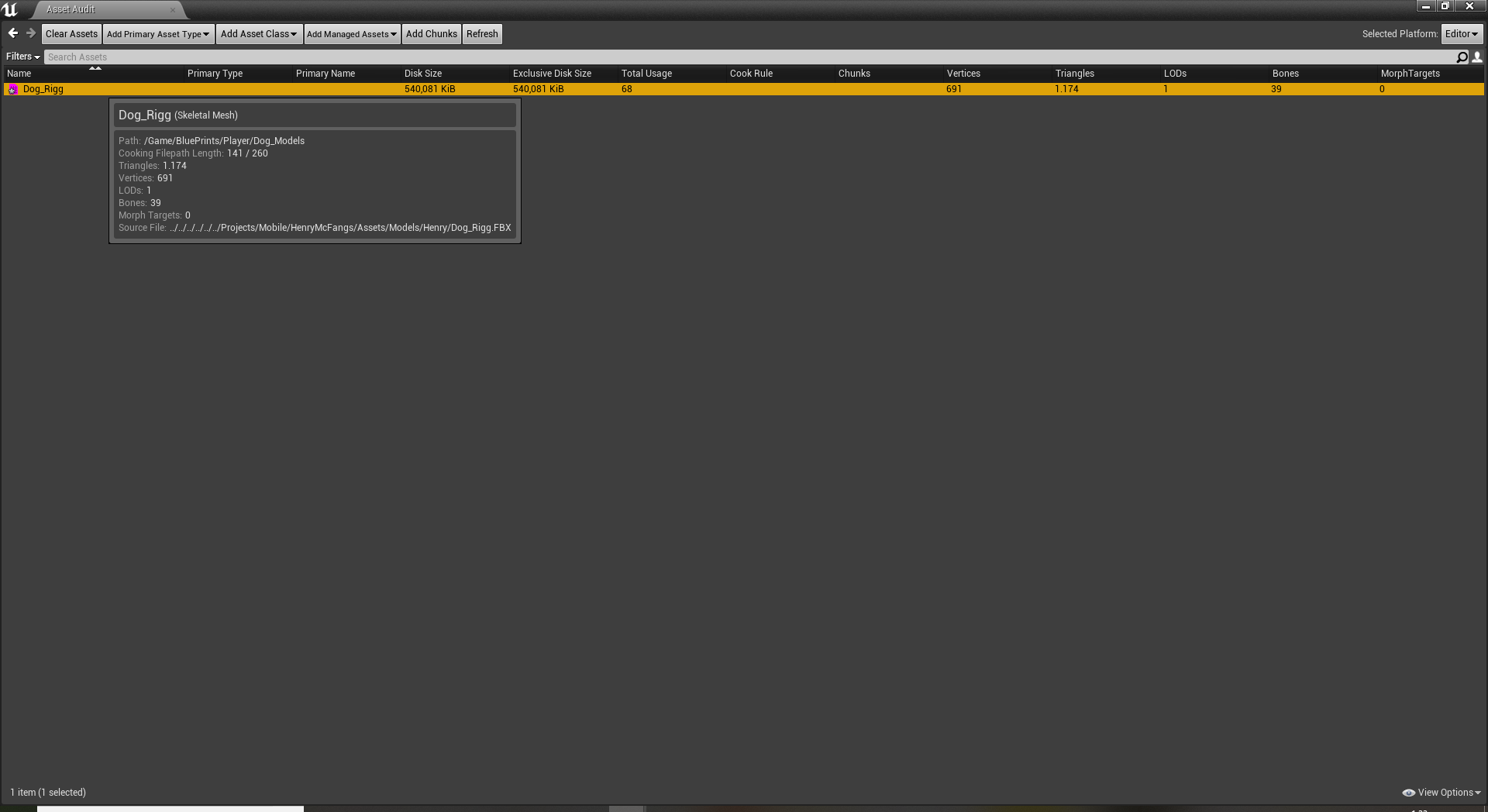 And here is the difference between Shader5 and Es2 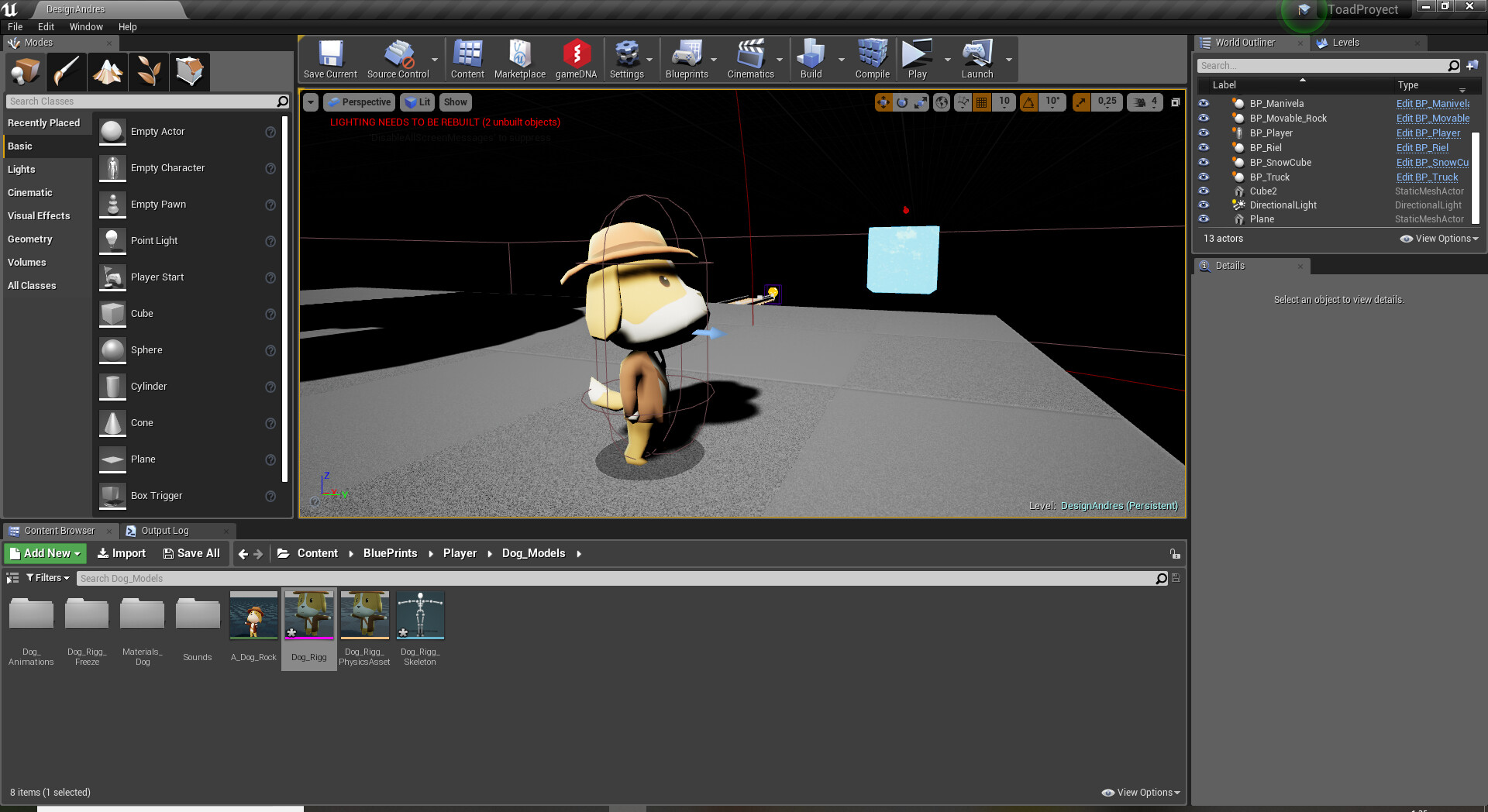 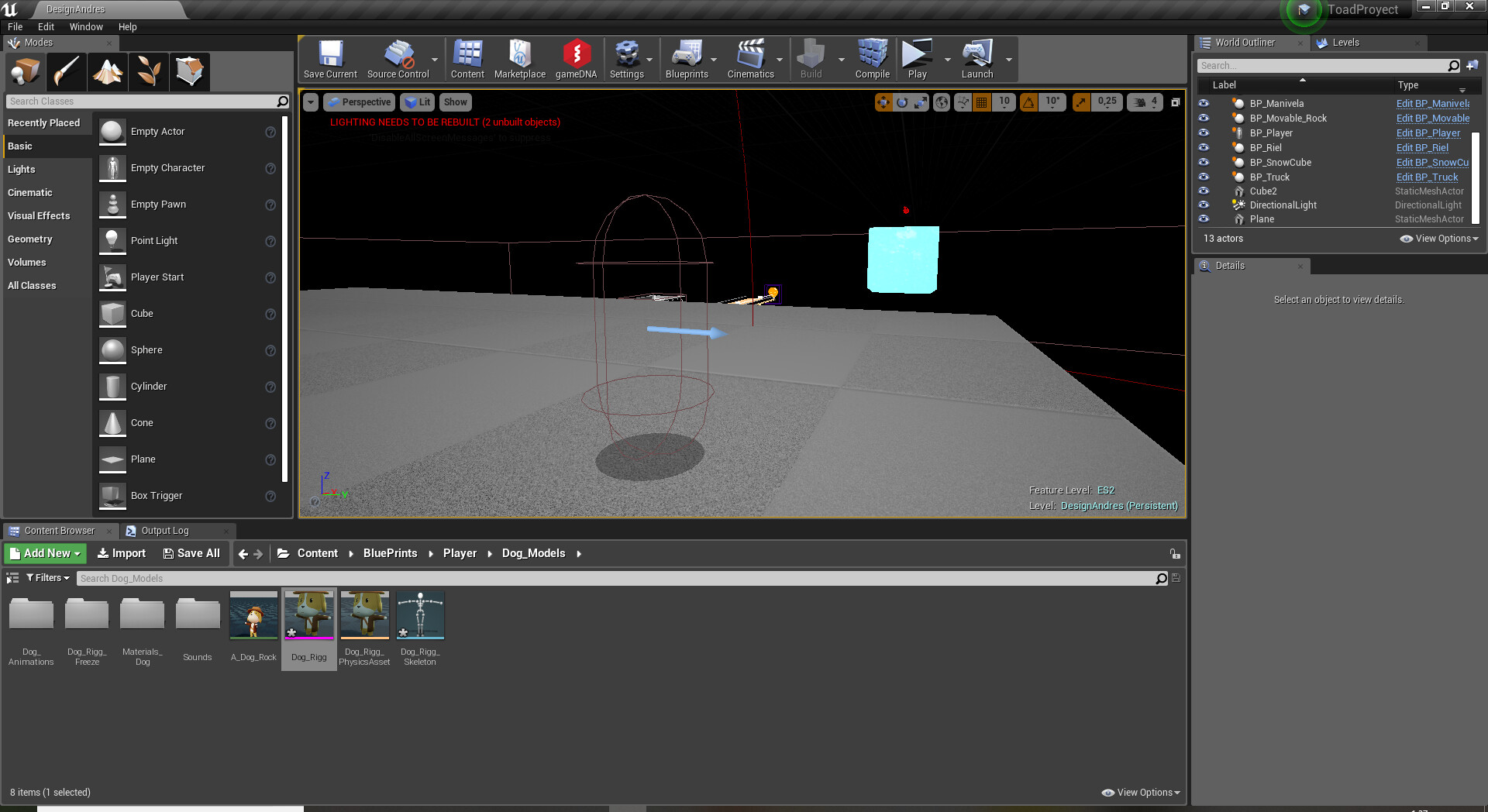 someone give answers on ANSWERHUB?

We’ve received a bug report for this already. After speaking to the developer who made the change that caused this behavior, he mentions that it is intended. The change was made to avoid a crash that could possibly occur with Skeletal Meshes with more than 75 bones or more than 4 influences per vertex. As such, these types of skeletal meshes are no longer rendered in Mobile Preview. These skeletal meshes should render on ES3.1 however.

Edit: If you need to check the number of influences, I’m not sure if this is possible in the binary editor but you can use the “Character” button in the Viewport for the Skeletal Mesh editor in a Source built editor and select Detailed under Mesh > Mesh Info.

I paid a external guy for this modeling job. How can i fix it myself?

That’s a really strange decision to make such limitation, that made 4.21 so broken for mobile usage…

The change was made to avoid a crash
that could possibly occur with
Skeletal Meshes with more than 75
bones or more than 4 influences per
vertex. As such, these types of
skeletal meshes are no longer rendered
in Mobile Preview. These skeletal
meshes should render on ES3.1 however.

So how do we upgrade the mobile preview to ES3 mode? Limiting functionality and introducing a new defect was really the best way of addressing the crash?

This is not a defect and was intended by the developer who was tasked with fixing the crash that was reported. I do understand the confusion however as this crash was not affecting everyone. In the meantime, I suggest sticking with 4.20.

As we are now entering the holidays, I can’t really do anything about it right now, but I plan to have a discussion after the holidays about this issue because it does seem to me, personally, like this fix that caused these meshes not to render seems like a catch-all solution for a crash that wasn’t affecting everyone.

I can’t promise that anything will be changed, but I’ll see what I can do and maybe we can at least get some better explanations.

Please make this optional in config. We are using the same meshes in our game for years and had no problem, I even lost original skeletal mesh files so can’t fix them properly

I guess it’s good to switch to Cryengine or unity or lumberyard.
Atleast they don’t give such lame excuses over their insane feature which is causing a lot of pain and even can’t maintain the backward compatibility.

Do you have any plans to fix this issue? We have to stick to 4.20 if this won’t get fixed.

There is no plan for fixing this.
The UE4 devs say that its intended as they can’t fix the real bug.

I think this is the bug itself. In our skeletal mesh, there is no problem at all in UE 4.20.

I am facing the same issue, all of my skeletons are extremely light and have very few bones. This change seems to be creating more problems than issues its solving.

This is also affecting our game - please allow > 75 bones on Mobile, even if it requires making a new setting to only target devices that allow it (e.g., OpenGL ES3, or Metal/newer iPhone models for iOS)

Edit, in my case it actually was the sk mesh having past the bone limit… after using a sk mesh with less bones my issue went away
*4.22.1

Did you ever find a fix for this?

Hey guys, so I was in the similar situation, where my SK mesh wasn’t showing up either, i had to count manually the number of bones i had ( I know there might have been an easier way to figure it out… but i am a lil old school). And the solution, I found is that you have to delete the bones from your skeletal mesh in Maya (not in unreal) and make sure that they are under 75 as some one had already mentioned it. after you have done the changes, make sure the bones that you have deleted are the important ones (try deleting the ones that have no animations and no paint weights, like the tips of the fingers) and after, save the file with the same name or different name ( your choice) and re import the skeletal mesh in UE4. and that should do the trick. Hope it helps.

P.S. i know its a little more extra work… but hey at least this method works.

I too am facing the same problem of my mesh not showing up, despite having <75 bones. But one of my actors does have visible geometry but is missing his skin texture. Also his shirt is missing but not his pants ( which all use the same bone structure ). I would really love some help on this ( I can’t change bone hierarchy in Maya because I bought this in the asset store ).

Sorry to break your heart but even in ES 3.1 the mesh won’t appear.