WHAT
Using Houdini with UE4? Curious about using Houdini’s tools with UE4? Interested in procedural generation, visual effects and modeling tools? Well then we have the stream for you! Luiz, Chris and Ben from SideFX will be our guests and they have a lot to show off with Houdini. Tune in and check out the show!

Links from the stream: 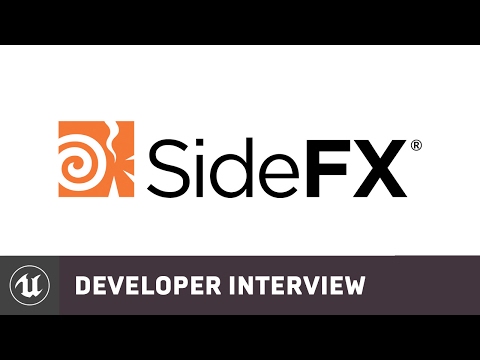 My question: For those of us with no knowledge of Houdini, what is it and why would we want to start using it?

My question: For those of us with no knowledge of Houdini, what is it and why would we want to start using it?

because its the leading special effects tool in AAA movies and games.

My question would be… WHY HAVENT I HAD TIME TO LEARN HOUDINI YET!!!
WHYYYY…

Oh this should be good. I might actually put my Gamejam prize license to better use with more Houdini video/streams

Oh this should be good. I might actually put my Gamejam prize license to better use with more Houdini video/streams

Okay then, I expect some Houdini show-and-tell next game jam, then!

Hmm… First time hearing about this application. Is it good?

Okay then, I expect some Houdini show-and-tell next game jam, then!

Hmm… First time hearing about this application. Is it good?

Depends on what you want to do with it. It’s just like any other DCC out there. Some people like it, others hate it, most have never tried it.

Awesome, really looking forward to this

& what exactly is the ‘free’ Houdini Engine Indie
& how the Indie License applies to it
& how one could utilize it in game development.

Any plans to release Houdini Indie in Steam?

& what exactly is the ‘free’ Houdini Engine Indie
& how the Indie License applies to it
& how one could utilize it in game development.

Apprentice is a full version you can use to learn. No commerical work.
Houdini Engine allows you to run houdini inside other applications. Let’s say someone has made a rockgenerator in houdini and set it up as a digital asset, Houdini engine would allow you to run the rockgenerator inside Unreal.
The indie licenses are full versions that you can use for commercial work up to a certain amount of revenue. You can’t render sequences over HD either. Single frames you can go way higher with though.

Houdini is a 3d app that can do everything Maya or Blender or C4D can, and a lot more. It’s nodebased so if there’s a tool you think it’s missing, and you know how blueprints work, you can just whip the tool up yourself. This modularity is why it’s already so polular in VFX where you often need complex solutions. In other softwares, it usually means scripting.

It’s also procedural, so if you have an awesome setup that creates an epic blendshape where a chair turns into a table, you can simply replace the input at the top with a sofa and it will work just as well. In most other softwares, you’d have to start from scratch.

Hello, As a Houdini user who has totally pulled his hair out trying to get animation and FEM effects into UE4 this is super exciting.

Please, cover how to get Houdini animation in UE4. I will be following closely with pen and paper.

Aye ty ty ty for this. This is gunna be so awesome!

I’m curious what if any portion of the procedural-ness of Houdini can be computed at runtime with the plugin.
Or, does this only support sims that have been simmed ahead of time in Houdini, and then imported?

As a Houdini user I would like to be able to sell Houdini Engine HDAs (Houdini Digital Assets) and particularly whole scenes/levels containing HDAs on the Unreal marketplace. Is that ever going to be possible?
Please make it possible. ^^

(It could be flagged as requiring an installation of Houdini and a valid Houdini Engine license, just like VR games are flagged on steam for requiring special hardware…)

I’d like to know about procedural generation at runtime - is this going to be possible in the future? My interest is in generating 3D text objects at runtime.

My only question is how are you gonna do that? I mean it wont work on the newest version of UE4