Setting Sun Reflecting on water surface through the Landscape

How do I prevent the setting sun from reflecting on water surface through the Landscape?? 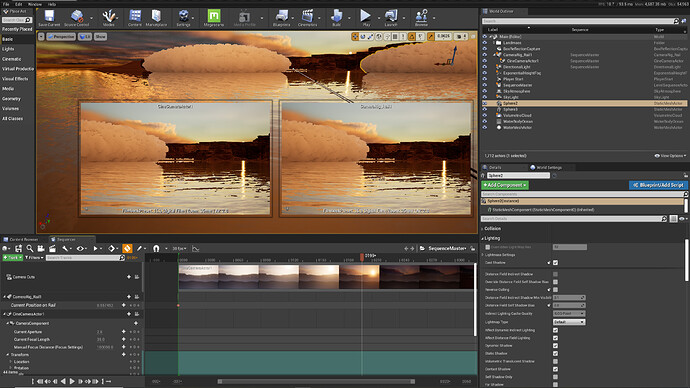 Having the same issue but can’t figure it out. *

Yup, getting the same. Tried using a reflector plane, didn’t get the result I expected.

Building this scene, I’ve been using Joe Garth’s Brushify.IO tool set. It comes with his own Ocean material, and this material does work as expected as seen in the screenshot. It ultimately doesn’t have the lovely look of the Unreal Water Plugin material, but it does offer the correct sun reflection. Strange.

Just found a solution for it on another post I made

Curious if anyone has a solution for this. In this camera test, I still see the sun’s reflection in the water despite that the sun should be casting the shadow from the landscape, blocking any of that light. I’ve tried a Planar Reflector actor–the preview look correctly blocks the sun, but at Play it reverts back to what you’re seeing here. I’m using the Water material that comes with Unreal’s Water plugin, and I think I’m reading elsewhere that the Planar Reflector actor only works with “refl…

I found that cranking up the Dynamic Shadow Distance MovableLight value (found in the Directional Light > Cascaded Shadow Map Settings) past 20,000 – into like 100,000+ solved it.

But the further away you are from the landscape, the more you need to increase it by.

I found that cranking up the Dynamic Shadow Distance MovableLight value (found in the Directional Light > Cascaded Shadow Map Settings) past 20,000 – into like 100,000+ solved it.

The landscape is automatically added to the far cascade, all you need to do to solve this problem is add at least 1 far cascade to your directional light

You are freaking awesome. My whole game (as planned now anyway) takes place in a shallow sea environment lol. So thanks a lot for the response.

Thank you @Arkiras -I’m not sure how I missed that combo in all the different settings and sliders I tried. It does though seem more than 1 cascade, I still get the issue. Looks like it’s 1 or nothing. And in this particular shot, increasing either the number of cascades or the Shadow Distance doesn’t hurt my fps. It’s a pretty light scene.

And thanks for proving Cunningham’s Law correct!

Still fiddling around, your solution isn’t a silver bullet depending on a number of things–camera distance, sun position, etc.

So in summary–change it to fit your needs if your scene’s performance doesn’t tank. 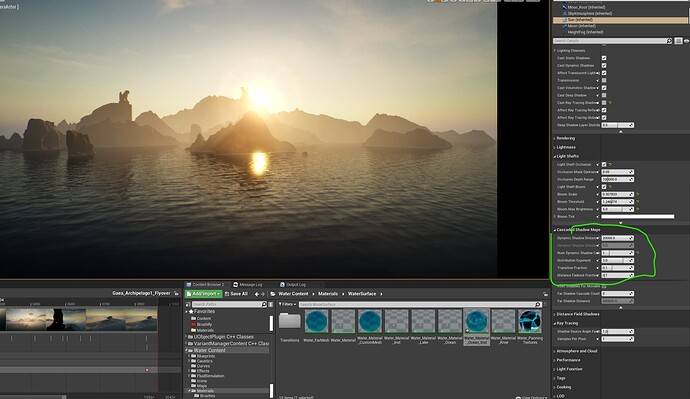 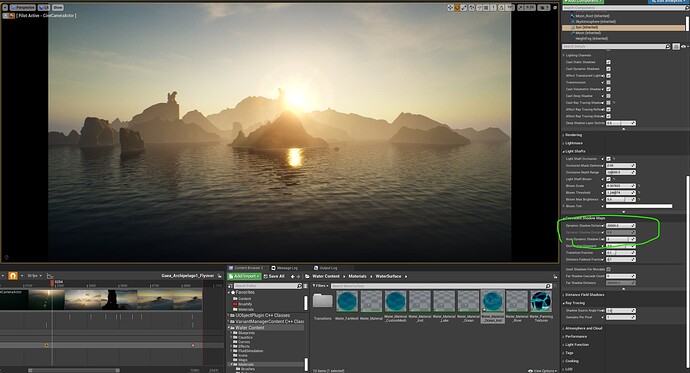 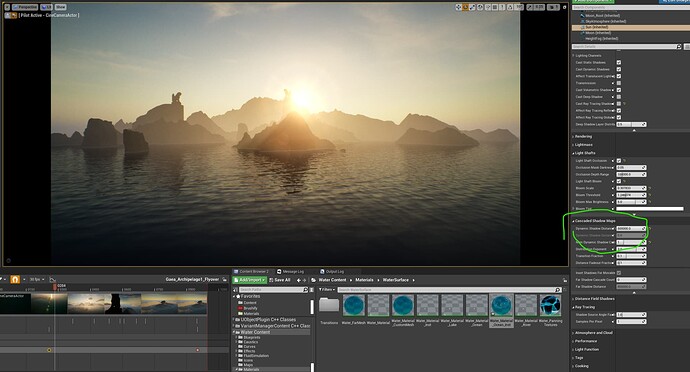 And thanks for proving Cunningham’s Law correct!

There may still be a better solution, Unreal’s reflection occlusion is really weird

I threw up a couple other screenshots. yeah there’s still a lot to figure out for me as far as what works the best when.

Are those little islands static meshes or part of the landscape? Anything you want to cast a far shadow needs to have far shadow enabled in the actor properties. 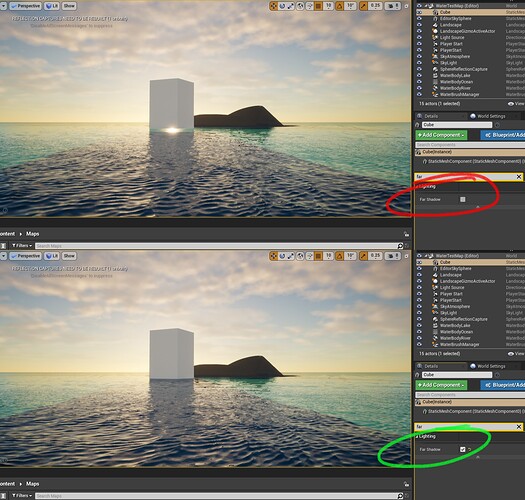 It should always work so long as you are inside the range of the far shadow cascades.

FWIW setting far cascades to more than 1 seems to be bugged in 4.27. 1 works fine, but 2 or more just chops off your shadows at a certain distance. Seems the additional cascades dont render.

Appreciate your responses. Far Shadows on the mesh objects work as you show. I can keep fiddling with the Dynamic Cascades and Far Shadow Cascades to find some combo that works for the landscapes