Hi, I’m trying to understand how to control the distance from the camera at which a point light should fade out.

So far I’ve read that it’s found in Project Settings→Min Screen Radius for Lights. A value of 0 keeps the lights on regardless of their distance to the camera while a value of 1 fades the lights at roughly 40 meters away.

In other words what’s the proper way to manage the fade distance (and also shadow culling) of a point light in UE5? 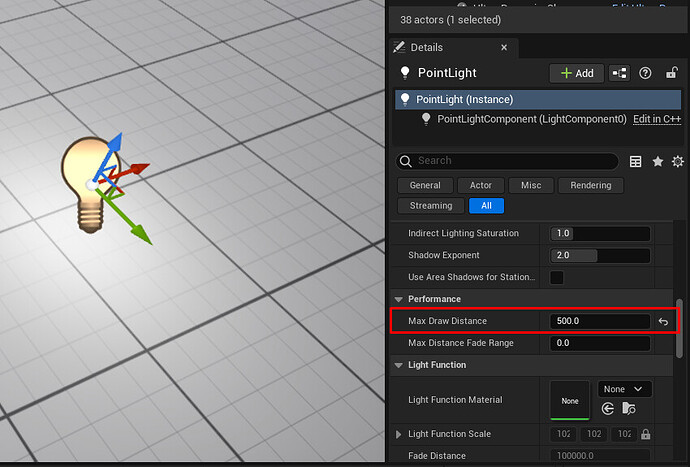 Do you know if something similar exists to control shadowcasting distances?

Seriously though how can I tell a light to only cast shadows up to a certain distance?

I don’t think you can separate them. I don’t know if you’ve noticed, but the shadows from the point light are a bit pathetic. Once you’re any distance away, they don’t matter so much.