Retargeted Metahuman Legs not moving when running (sliding on the floor)

I hope someone can help me with this.

Hello, Same Issue Here Found Something ???
It is working in IK Retargater But not in game play…

Same issue here. Tried completely retargeting using IK rig and IK Retarget but it’s still not helping (Tried completely doing bone by bone too) still same issue. as soon as i change the skeleton - it all works. it is just the legs and feet that do not want to cooperate.

I have a similar problem when trying to retarget from mixamo to Quinn in UE5, feets are stuck to the ground but the legs are moving, here are some unresolved posts with what looks like the same issue.

So I’m using the animation starter pack from Epic Games and when I retarget the new animations to the desired skeleton they have a wierd effect. The feet on the new character are stuck to the ground while the rest of the body is animated. Does this have something to do with feet ik. Does anyone know how to resolve this problem? Thanks in advance!

Hello, I’m just starting to use UE5 (and Unreal /Game Dev ) so I may miss something basic. I have followed this tutorial to retarget animation (mixamo to Quinn) in the 3rd person template. [[UE5] Mixamo to MetaHumans - NEW WAY in UE5 (IK Retargeter)] I’ve modified the Event Graph of the 3rd Person Character Template to check the direction of the input axis to decide wheter it should play the run animation, the inverted run animation or the two imported mixamo animations (In pla…

There’s also a solution in that threat with which however you lose the foot IK, meaning the feet will not be perfectly planted on a staircase for example: Retargeted Metahuman Player characters feet stick to/slide on ground

I also found this video tutorial on you tube which seems to solve even that issue: 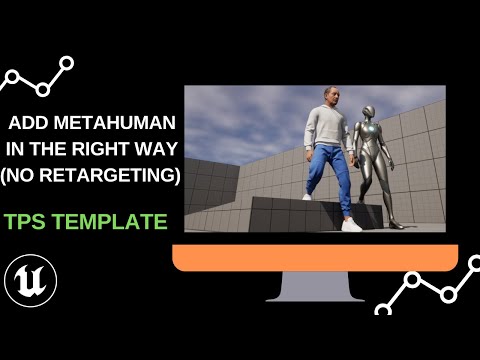 plus:
[FIX] MetaHuman Foot IK - In UnrealEngine 5 - YouTube (with the Foot IK fix)

This happened in my project when I tried to use the old manequin animations on the new one… And it seems to be some problem with the IK thingy… Try deactivating the control rig node on the animation blueprint and see if it works. Like this: 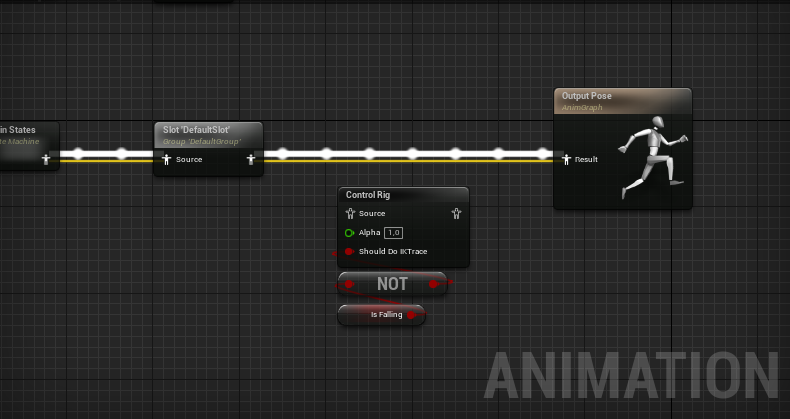 The issue with feet sticking to the ground usually has the reason that you did not retarget the animations for the IK bones e.g. ik_foot_l, ik_foot_root… . If you retarget make sure that those move as well, and setup ik retarget chains for those bones: 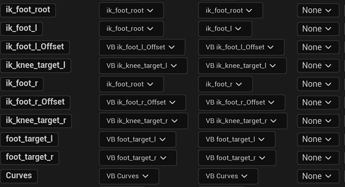 This worked for me to! Remember to register this as an solution

Thank you so much, the last part worked for me. This is what I did, after retargeting with IK I opened the newly created Animation Blueprint->control rig and changed the root in “Full body IK” from “pelvis” to “Animation root”.

That fixed the leg issue for me and its working beautifully now.