So i have 2 tanks. 1 tank has to move to the other with MoveToLocation:

It actually does something very weird instead, as shown in the video (it is a wetransfer link because video size too large):
[Click here to download video from wetransfer][1]

I will provide a lot of information so you can hopefully see what the problem might be.
This is the tank structure:

This is the navmesh in game:

Thanks for your reply. I have changed it to a character movement component, and now it does not move at all for some reason. Do i have to set something up before this will work ?
Or does it matter if it is a pawn and not a character ? (that’s why i thought in the first place to use a pawn movement component).

I’m afraid that I may have mistakenly suggested the character movement component in your case. After reading through the comments in the engine’s code it seems that this component only works if its associated with a character (which after reviewing your screenshots it doesn’t apply in your case). When you were using the Floating Pawn Movement component, did you try to turn on the “Can Walk” checkbox?

I tried again with a floatingpawn movement. It does not do the weird flying anymore, but it only starts to move during gameplay after i move it in a random direction (weird bug). And it also does not manage to go around corners of walls well at all. I added some pictures with the navmesh options, and the floating pawn movement options.
If a charactermovementcomponent is better, can i just make it a character instead of a pawn?
I noticed someone doing it in a youtube video where the move to location works perfectly. I’ll link that and add a picture of his thing. He uses a random object which is a character. 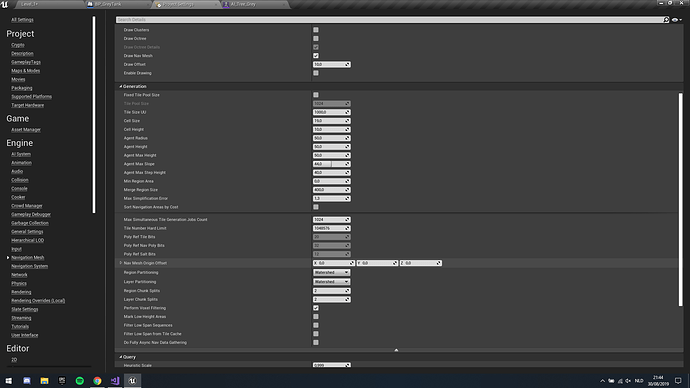 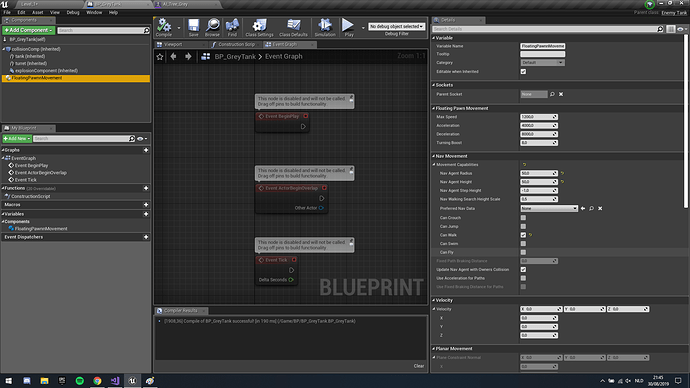 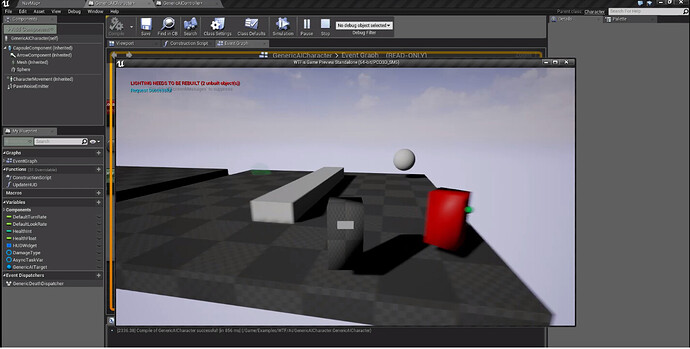