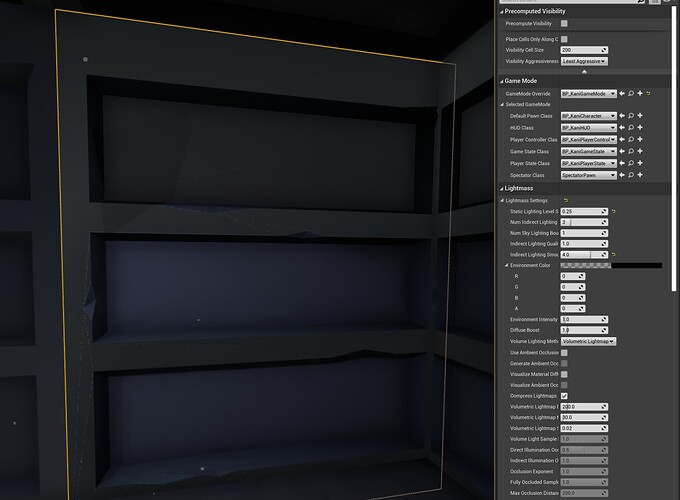 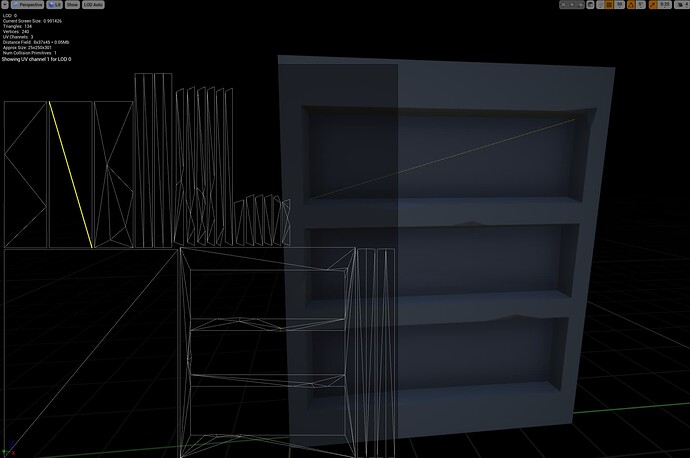 Seeing some little artifacts along polygon edges for various models. Lightmap UVs look good as far as I can tell. I’ve tried increasing the lightmap resolution; doesn’t help, but it does make the artifacts smaller!

I’ve also tried isolating the mesh in its own scene with nothing but a single directional light and a lightmass importance volume. Nothing seems to help!

Any ideas what could be going on?

Check the lightmap resolution for that mesh, most likely also your lightmap UV’s don’t have enough space between the UV islands

I was able to resolve the issue, although I’m not 100% sure why it wasn’t working in the first place. The assets (they’re Synty Studios models from the marketplace) are setup to share a single texture/material, so the UV unwrap on the first channel isn’t really a proper unwrap - they just sorta index into a bunch of colors defined by the texture (shown in the lower left corner here). The 2nd UV channel contains a proper unwrap - not sure if Synty did that or UE4 autogenerated it.

To fix the problem, I exported the asset and used Maya to move the original UVs to the 2nd channel, then autogenerated a new set of UVs in the first channel. After reimporting the FBX (and adjusting the material to use the 2nd UV channel for color data), I’ve got no problems. 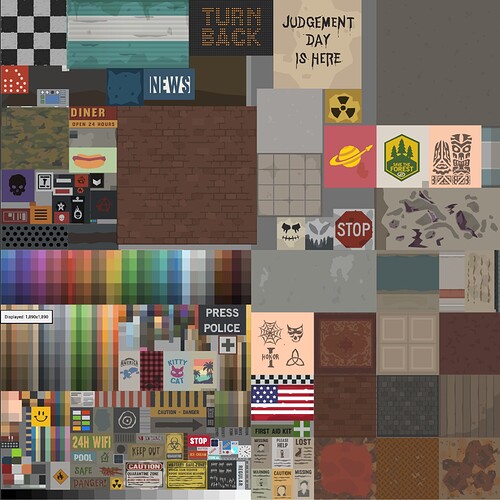 So…I guess the question is can I use asset settings within UE to fix this issue without repeating that process for potentially hundreds of assets? I’m converting a game that was previously lit dynamically to use lightmass, so just finding new assets isn’t really an option.