I can see the artefacts clearly. I think that is a lightmap issue. Did you ever get “lightmap” error after building lights?

You can also check this document about preparing UV’s for lighting.

I was thingking the same thing. Goodluck with it.

Bump: Could still use some help. Haven’t been able to crack this one yet.

Could someone help me understand or suggest an approach to fix the following.

When i open a level (initial load) or rebuild the lighting, the static meshes (SM) have some sort of shadow artifacts. 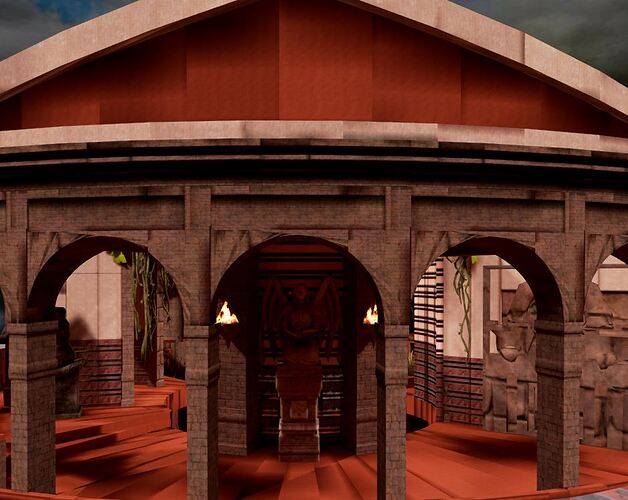 However, if i move closer, they disappear and will not return unless i open the level once again or rebuild light. 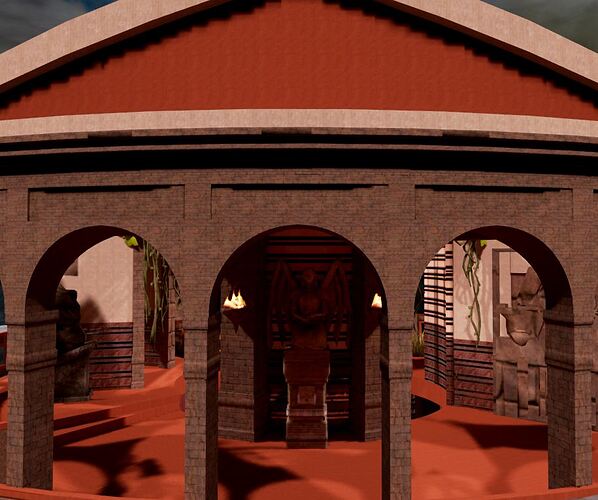 No errors with build.

All the assets showing the artifacts were originally BSP assets which were later converted to SM.

The artifacts appear only when the level is loaded / rebuilt.
When the assets are viewed closer through the viewport they disappear and do not appear again irrespective of the the distance they are viewed from. It would seem that a lower res is initially loaded and the higher res is streamed on demand.

Im currently looking into texture streaming to investigate if it has anything to do with it.

Basics of the system used to calculate which textures should be streamed in at what times and viewpoints.

Project settings → Rendering → disable texture streaming. \^(0_o)^//
Note: it does come at a cost by loading all used textures at max configured res. I was able to reduce the asset’s lightmap & texture res though,. Thereby reducing the texture memory usage.

If it’s really because of texture streaming, you should be able to find the culprit by enabling it again and disable MipMaps in the textures you think might affect the shadows. Just to make sure you tested everything <3

Will revisit to optimize them later after reading further into tex streaming.
Will check performance gain with texture streaming when i resume mobile testing.

Thought its only fitting to end this post with a demo of the game.

On another note, this forum obviously has a lot of skilled pros and enthusiasts around.

It would be wonderful if you could share your thoughts/feedback for me to work on.