You need to increase the resolution of lightmaps for all meshes, especially for meshes of the ground. The current resolution of Lightmaps of your mesh is very low. 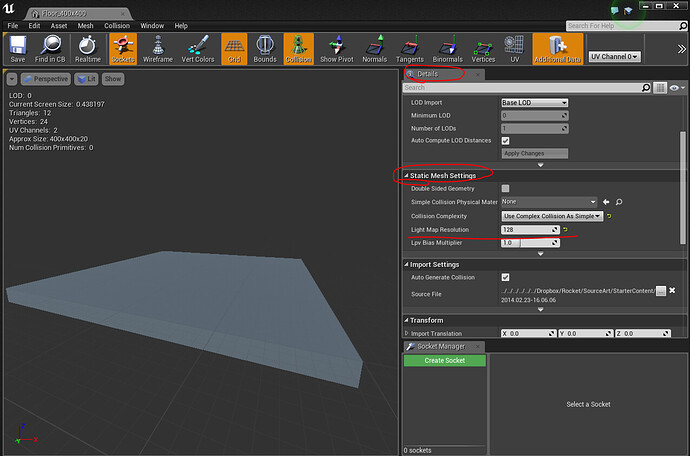 P.S.:This is some techniques to build correct Lightmaps and Shadowmaps: 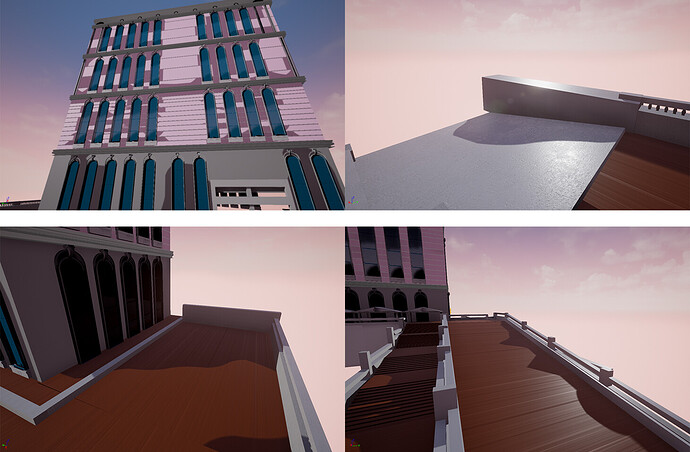 I have no idea why the shadows are so irregular. It seems to work fine when I’m editing in the editor and the lighting isn’t built. But just as I build lighting, the shadows become skewed and in different shapes.

I’ve also checked the UV Maps of every mesh, they are all in order. I don’t think the problem is with UV Maps since I had to individually build UV Maps in C4D for every mesh and then export it.

I’ve also set the build quality to Production(highest), to see if that helps, but no change.

I’m using the First Person template available, so the light, sky, post processing and everything else are all default.

What am I missing out? Please help.

It definitely looks like improper lightmaps. Either bad layout or too many on a single map and the resolution is too small. I usually see this in objects with one giant lightmap or where someone just used an auto-UV function to lay them out.

Hey guys, sorry for the delay in response. It took me a while to get back on this project.

I’ve followed the answer and changed the lightmap resolution of the objects and it has better shadows now. Thanks a lot.

But the building time has increased to a few hours now. It has so many elements so I had to try to find a balance between a high enough lightmap resolution and maintaining a build time that isn’t too long. I had to reduce down certain resolutions. And yet, Unreal Engine becomes a stone and my system becomes non responsive for a few hours, during which the lighting is built. There’s no harm done, but is there a way to reduce the build time and get realistic shadows?