Hi there,
I am stuck in this really silly situation.I better show u rather describing it… 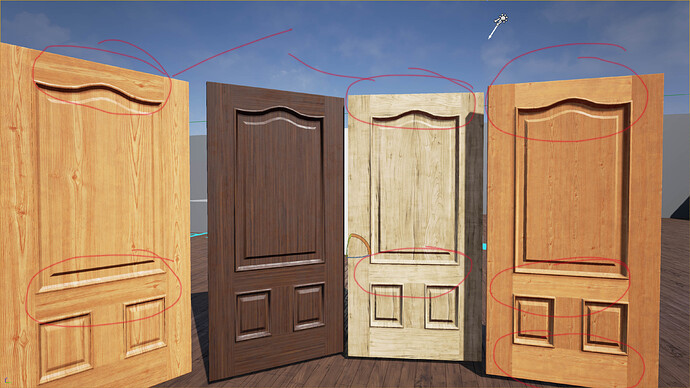 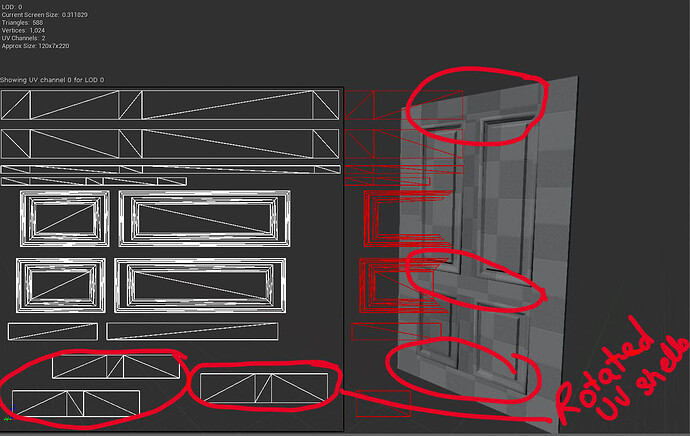 and the lighting is broken at each of the uvw shells whenever normal maps are applied. Some More Snaps… 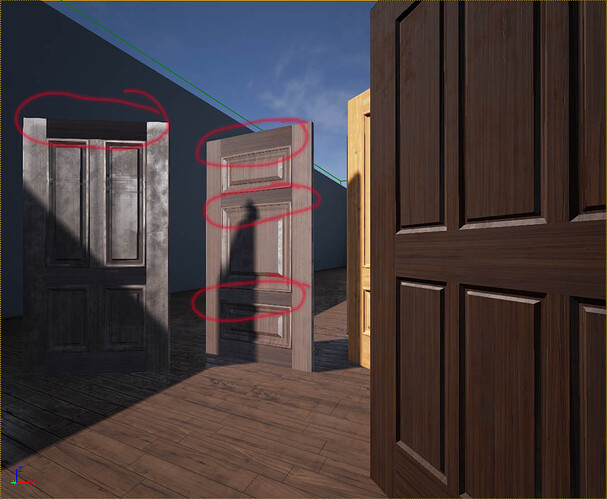 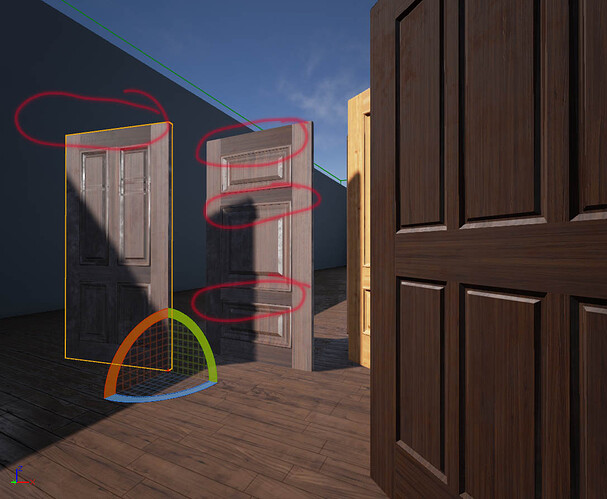 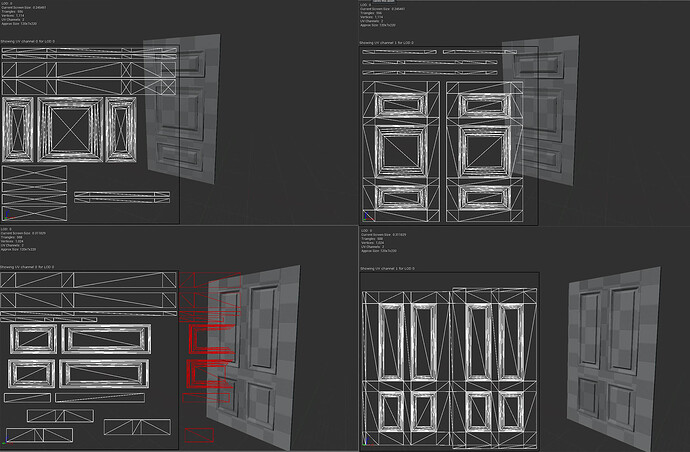 So as you can see that as the door is viewed from different angles it splits up where the uv shells are split and rotated. I want to use normal maps mostly to get the sharps edges to be a bit beveled. I found a work around by using 3rd UV set for normal map but I am not sure about its performance and time hit.I think it increase a draw call and increases vertex count.BTW I am using one normal map for the wood details and another for door and then mask out Red and green channels and append blue and add both, because there are many doors i just use MatInst.

Plus there is slight light bleeding at some places ,might be due to low lightmap resolution 32, and can you tell me the resolution which should do the trick or is it just not enough padding(well i also tried to box unwrap it and tried to keep all faces together without causing much distortion.).Any Kind of help would be great.
Thanks

UE4 looks at uv1 for the tangents for the normal map which means you shouldnt have seams on that uv channel.
Also, flipped normals is generally a nono because itll flip the normal lighting on these sides.

As for the bleeding, if your uv isnt on grid in the uvw editor then there is a chance you get light/shadow bleeding.
Basically a lightmap of 32 means you have 32 pixels horizontal x 32 pixels vertical to distribute the lightmap on.
If a vertex/line is not on grid it might not light properly because part of the pixel might be black.

sadly thats all my knowledge to this matter, I hope it helps at least a bit!

Thanks Lous,
actually u are totally right I was able to correct the problem just a few minutes earlier, I knew it was related to uvs. I just flipped them and that did the trick.I did check it earlier but i must have overlooked it. Luckily it also corrected the lightmap bleeding.