How can I fix the light that is leaking through the wall?

Are you using static or dynamic lighting? If it is static have you built the lights? 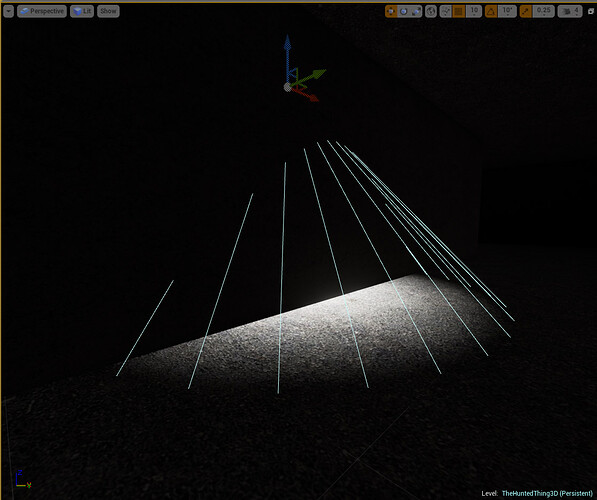 I got a light on the other side of that wall and i have the problem that the light is leaking to the other side as you can se on the image.
Is there a way to fix it?

Yes I am using a static light and i’m building the level with the lights?!

Seems to me like your light is inside the wall. Does the wall have another side? Because if it doesn’t, that’s what the problem is. Light is not blocked by collision, it looks if there is something rendered. If there is nothing there, because of backface culling, the light will just go through it.

Yes there is another wall on the other side. But then how do i fix it? Trough Backface culling?

Could you show an image from the other side?

Just to be sure, you have a lightmass importance volume in the level, right? 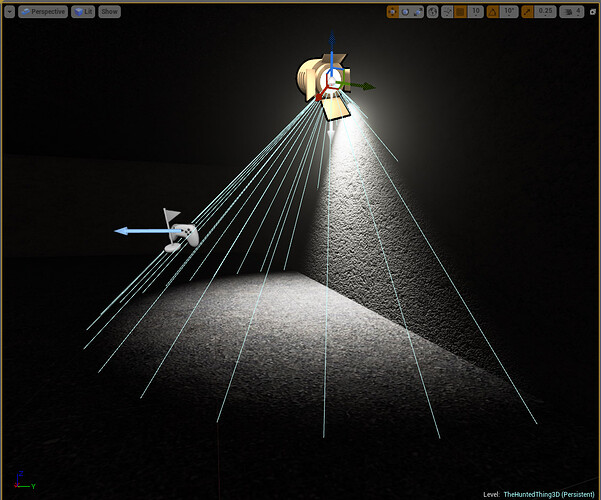 This is what it looks like on the other side.

Oh Right xD That one! I can try it! Thanks…!

Nope Did not help but the fps went a little higher

This does not make any sense. Are you working with brushes? If so, try it with static meshes.

I have done the meches with UCX collision in Autodesk Maya 2015 and exported it with FBX 2013.

I got a little bit of a problem. When I tested one of the meshes, I saw this happening, after I bake the light (with all the volumes). The light is completely ignoring the fact, that I have a wall there (i tried ticking double sided geometry in the...