Hi, I’m very new to UE5 certainly having a very newbie question. After watching some basic tutorials, I tried to create my first level with Megascan islandic 3D assets (nanite resolution) but texture renders are very bad on each meshes I’m using. For example, this Weathered Icelandic Lava Spire on which I just set the given material into the mesh, and this is the result : 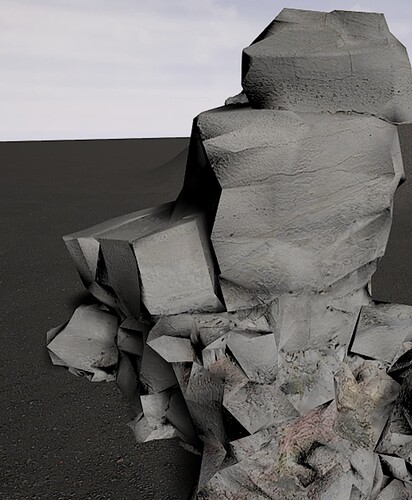 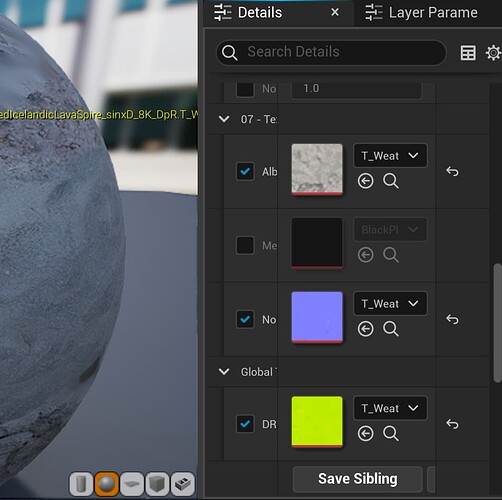 I tried setting manually color, roughness and normal maps, but nothing changed. I’m using UE5 on a Mac M1 Pro, and already used Bridge with Blender but uninstalled it since. After scrolling tutos and forums, I don’t get the (obvious?) thing I’m missing. Thanks for your help !

Does anyone know why my Nanite Version of the model looks worse than the High Version? Unreal Engine 5 Early Access

Yes, Currently Nanite and Lumen are not mac supported.

The mesh you’re seeing is the proxy mesh (the mesh used when nanite isn’t supported), which by default is set to the lowest detail (2000 tris).

Thanks for your answer. Meaning I should work only with stationary lights and high resolution material instead of nanite meanwhile ?

Yeah, you will have to use the high resolution version, but you can use whatever type of lights you want.