about a year and a half ago, I was doing a job in UE4 which required output to be a spherical panorama image sequence/video. Not stereo, just simple Mono 360 equirectangular projection video. I though UE4 has got me covered. With all the things it’s already been used for at that point, it surely has to have some sort of 360 sphere camera concept. Oh boy was I wrong…

The first obvious choice was the SceneCaptureComponentCube. The CubeRenderTarget asset has a resolution limit hardcoded at 2k, which made it not an option. Furthermore, it had issues with certain post processing effects. Some were just flat out not rendered.

The second option was some sort of Panoramic Capture Tool shipped with UE as third party plugin. But it rendered very slowly, the workflow was terrible, full of obscure cvar tweaking and the integration with the Sequencer was sketchy at best. Like the first option, this one also had quite a few issues with specific post processing effects.

The third option was some external nVidia ansel based tool, but it showed the same issues as the Panoramic Capture Tool, with a few more workflow issues on top.

The job had to be done, so I’ve came up with my own solution. I’ve made a Blueprint which not only manages to capture the level and stitch it into 360 panorama without any manual work or need for external software, it does it also with overscan and smooth blending of the captured sections. This means you can actually use it with low radius screen space effects like bloom, SSAO, contact shadows, sometimes even SSR, and still get no visible seams! Of course ray tracing is also fully supported. To see how the tool works, check this video: 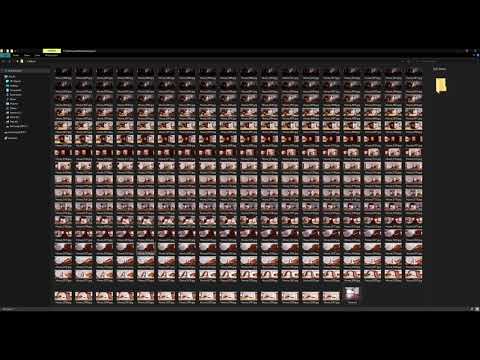 I tried to make it as simple and quick to use as possible. The last thing anyone wants to deal with when trying to meet the deadline is a huge space shuttle style control panel with dozens of buttons, knobs and manual steps. I wanted it to be as simple as: select the output folder, select the file name, select the image format, resolution and click render! And it really just works.

Well, that turned out to be a mistake. Knowing how valuable the tool was for me in the production, I wanted to make it available to others as well. I wanted to put it on the marketplace for a reasonable price of $9. I assumed that with my track record of quite simple to use and reliable tools I’ve already made (Content by Army+of+One+Games - UE Marketplace) I should have no issues.

Once I submitted the tool for approval, I promptly got a response back:

The first thing I thought to myself is that the reason must be an error, given that similar tools already exist on marketplace: Camera 360 in Blueprints - UE Marketplace So if this class of the tools would not quality as sufficient, content wise, then surely this one would not make it onto the marketplace either.

While the guidelines sellers are presented with on the new publisher portal lead to this link:

The aim of the Unreal Engine Marketplace Guidelines is to make obtaining and distributing great Unreal Engine content easy and beneficial for everyone.

I scoured both old and new guidelines for differences, and while my product has met the criteria in the newer guidelines, it did not meet one criteria of the older, obscure one, that I got linked in the mail:

Ha! That was it I thought. I did not include any demo map on purpose, because I know how I myself dislike, when simple stuff from marketplace comes with unnecessary bloat I have to remove to keep my project size in check.

So I have created a demo map, added it to the content project and resubmitted.

And, once again, I got the same mail… The mail even contains the phrase "However, after careful consideration we have decided not to move forward with your product at this time due to the following reasons: "

Given the speed I have received those mails, I highly doubt actual careful consideration ever happened. Whoever is on the approval end of the things most likely measures the value of Marketplace content in megabytes, .uasset file count or number of buttons. I mean, people buying Marketplace stuff need to get enough megabytes and buttons to get their money’s worth, right?

I can’t interpret it in any other way than that I got simply punished for wanting to make the tool as simple and easy to use as possible to save user’s time, and to include as little bloat as possible, because I know how much people hate bloat.

I know the tool is a bit minimalistic, but provides value in how easily and quickly it does what it’s supposed to do. And I’ve also considered the minimalism in the price. I don’t think $9 is much to ask considering how much time this can possibly save.

Anyway, due to this debacle, I’ve decided to make the tool free instead. Anyone who wants it can grab it here:

Here are some examples of the output, showing how well all postprocessing effects work:

Here’s copypasta from the publisher portal description. I wanted to be honest about the capabilities of the tool:

This tool simplifies creation of spherical 360 panorama images and videos from within the engine. It provides performant and easy to use alternative to existing solutions integrated within the engine, which are either slow, difficult to use or do not support enough graphical features.

NOTE: This too does NOT support creation of stereoscopic 360 images and videos. It produces only MONOscopic images and video sequences. Please consider this before purchasing.

Suffice to say, after this experience I probably won’t be making any Marketplace content anymore, despite being somewhat successful with it. I can’t afford this kind of uncertainty when it comes to my time investment.

4 Likes
The Unreal Marketplace Improvement and Feedback Thread
Is Unreal right for this project?
arunodas April 13, 2021, 5:20am #2

These marketplace auto emails is a joke & they should get rid of soon. If this happens further either a lot of people will leave like this or someone will create a better marketplace.

I recently had something like that as well.
I think they replaced the review process either with some automated tools or outsourced with some cheap labor.

Anyway, it seems like you have a really valuable product.
Send an email to the marketplace team explaining your product and why it should be allowed.
Then a real person will respond to you.

Send an email to the marketplace team explaining your product and why it should be allowed.
Then a real person will respond to you.

I did, and they did not respond. That’s why I decided to publish the tool for free

At least it will help more people this way, if they manage to find it in this obscure thread

Good luck. Hope they will talk to you soon.

If you already have a few items on the marketplace then you should know how much of a PITA it is to deal with them. I dealt with the same kind of thing back in the day where you have incompetent staff that don’t even understand the content they are reviewing. They are slow to process everything and it takes forever to get updates out. Plus there is no obvious consistency as they allow some of the most ridiculous unprofessional items on the marketplace sometimes, yet someone such as yourself who takes the time to write up nice descriptions and whatnot, uses proper spelling…they act as if you don’t even have something useful to people let alone with quality content in it.

Maybe you’ll get their attention and resolve this issue but since you already released it for free it doesn’t really matter at this point does it? And you’re going to deal with the same thing again on your next item…

My company completely left the marketplace for GitHub a little over 2 years ago and it was the best thing we could have done. Especially since we primarily focus on C++ plugins, and it would make sense to be able to make plugins that depend on other plugins, ya know? You can’t really build anything modular if all features have to be contained within a single plugin, but that’s how it works on the marketplace so there’s no actual infrastructure that any programmer can build up. Each product has to be 100% standalone, even if you were going to offer baseline/required products for free. They just don’t want to deal with compiling plugins that depends on other plugins, which makes sense, but is just plain lazy and showcases their inability to develop a custom piece of software that would just get that done (such as allowing programmers to upload their source code to the website, and then having it remote compile…uneducated novices such as the people who run this website would never think of something so ingenuitive or out of the box as that).

So take it from experience, it feels great to be in control of your own content, to just upload your updates to GitHub the moment they are ready. Not waiting for the greenlight from some uneducated “reviewer” that understands nothing about what you’re developing. Then you can build a collection of items yourself, update on your terms, and never have to deal with them again. I mean if you’re someone willing to upload your item for free like that the same way we did, then this might be something you should seriously consider.

It just takes a bit more effort, and a lot more proactive self-promotion and advertisement where you can to let developers know you exist. Good luck to you.

Your blueprint looks like useful, thanks for the share! You should place a paypal link somewhere in case someone wants to buy you a beer

I don’t understand how the Capture condition needs to be active, Frame Capture was stuck here:

It show how to use t hat capture bool. It just needs to be added as a sequencer track

The relevant part starts at 2:00

OK thanks! (I’m more a text-tutorial guy than a video one, that’s why I didn’t get the idea to click on it

In ue5 Post process GI and reflections with Lumen is not working. How did u make screenspace and raytracing features to work. i searched in materials and BP also there is no such thing exclusively added for Postprocessing

I have not tested this with UE5 yet, but once UE5 is out of EA and final, I will do my best to make it work with all the features.

Postprocessing and Ray Tracing works with simply having correctly set up SceneCapture components that are then stitched together.