I have a question about motion blurring. I implemented my own character model (replaced the Mixamo placeholder character) in my c++ first person based character.

However, now I realize that there is motion blurring if I look down on my character and I can’t remember I ever noticed it that heavy with the Mixamo character.

Here are some pictures, although if you just take a picture, it might not look that terrible. But in a video, the body would blur a lot more, almost like “flickering” or something like that. 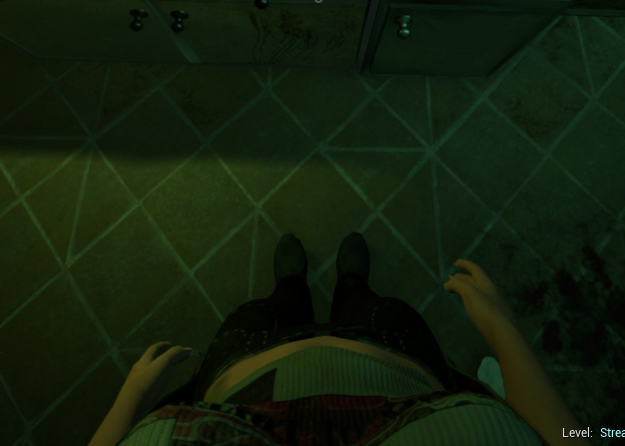 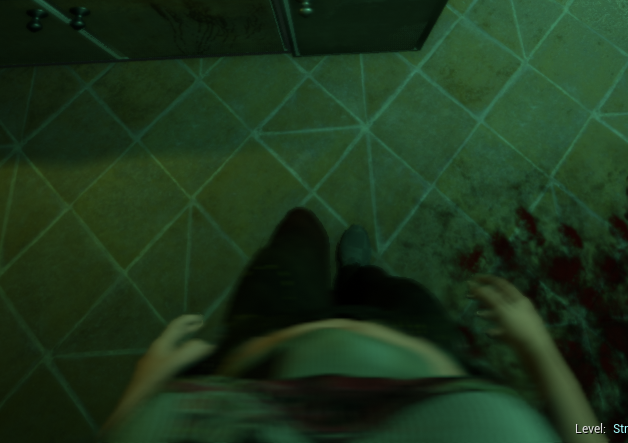 The Post Processing settings are the default ones for Motion Blurring. Another thing I tried was to add the mesh to the Blueprint Third Person character demo, but there everything is okay (no heavy blurring or things like that).

So maybe I did something wrong in my character controller?

This is how my first person character blueprint looks like: 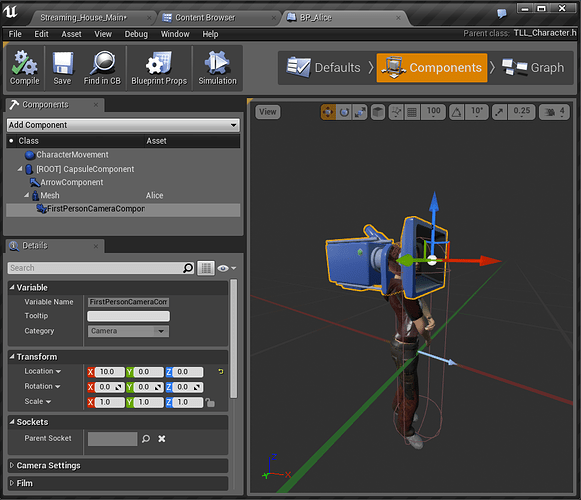 The camera component is assigned to the socket by code, since It is not possible in the blueprint (I don’t know why by the way).

And then here I have the skeleton. It has a socket right in front of the head between her eyes, where the camera get’s attached to.

So, what could cause this motion blurring when walking?

Well, it seems that this problem no longer occurs in 4.7. So I mark this as fixed. Don’t know why this happened.