I’m trying to light an angular indoor environment with dynamic lights, but can’t find a decent way to set it up without running into major self-shadow artifacts. Changing the shadow bias can somewhat alleviate the issue, but even a bias of 1 doesn’t get rid of it completely, not to mention that the overall shadow accuracy greatly suffers in return.

Does anyone know how to achieve usable dynamic indoor lighting (in UE4.20 or 4.21)? Is baked lighting the only viable option? 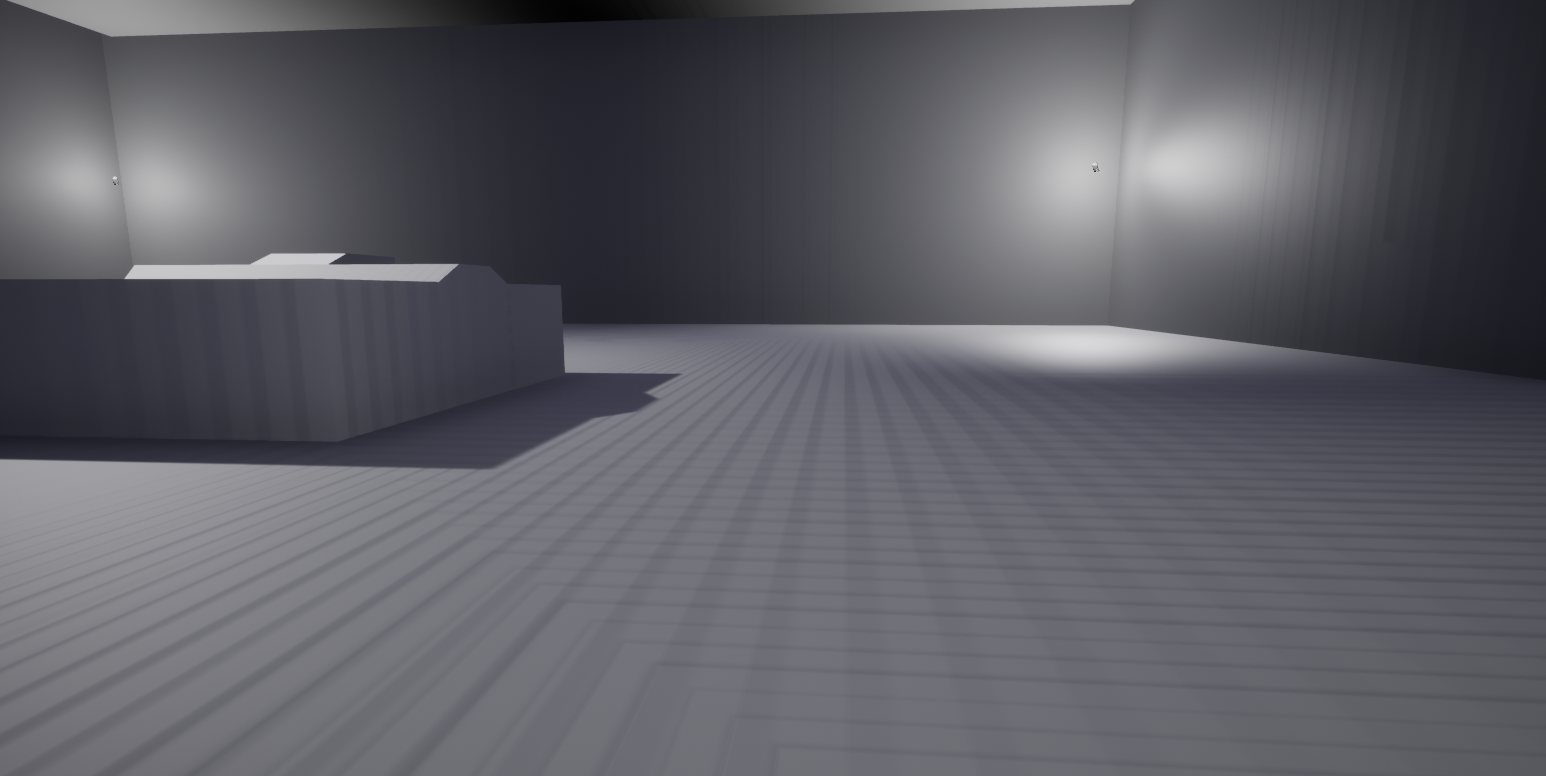 Dynamic shadows have really poor quality in UE 4, you have to increase shadow bias a lot to alleviate that.

That’s quite… unfortunate. As mentioned before, I have to set the shadow bias to the maximum value to reduce the artifacts to an acceptable level. And that’s just trading one problem for another.

If anyone can share some tips and tricks to avoid these issues with dynamic lighting, I shall be eternally grateful!

There’s a few technical factors at play here, just like with anything, there’s limitations on how to use any software tools; if you can get a better understanding of the “why” it’s happening, you can make better decisions on how to use these things.

That said, the main thing you’re trying to do is light an interior with dynamic lighting only- correct?
If that’s the case, you’re going to have to play by some rules.

Dynamic lights use classic shadow mapping techniques, so the size and accuracy of the shadow map will be limited. Here’s some important things that play into the shadow map’s limitations:

Here’s some tips for you:

If you have any other questions, feel free to ask!

Point and spot shadows in UE4 are done by storing the distances from each point to the light into a 16-bit floating point depth buffer. Since it’s 16-bits, it can only represent 65536 unique values, and since it’s floating point these values are distributed in a logarithmic scale with precision being the highest closest to zero and dropping as the value increases.

This means that the further an object is from the light, the smaller is the precision of it’s distance value stored in the shadow depth buffer, causing self-shadow artifacts (banding) and requiring higher bias values.

Your scene hits all of these limitations, *hard. *You’re using lights with a radius of 3000 plus a custom attenuation falloff exponent causing light to reach further away. Basically, the point and spot shadows were designed for small radius lights and break apart with large radius ones.

Yes, it’s annoying. Epic should allow more options for dynamic point/spot shadow casting to support more use cases. Large radius lights would work much better if they could use linear 16-bit integer depth instead of floating point, for example. That would give around 21 shadow “steps” per unit for a 3000 radius light, more than enough for very detailed self-shadowing.

Unfortunately this is an old flaw of UE4 as it has not implemented any slope bias method yet. It has nothing to do with shadowmaps depth. A thread about it:

Thank you so much for the detailed answers! It’s super helpful to know where exactly the issue is coming from and that there isn’t much that can be done about it. Not for a small indie dev, anyway.

Static lighting isn’t an option for me, but I’ll try placing shadow-casting point lights more strategically, lower their radii, and replace them with spotlights whenever possible. Maybe I can leverage DFAO to give my scenes more depth and detail even without shadow-casting lights all over the place.

Unfortunately this is an old flaw of UE4 as it has not implemented any slope bias method yet. It has nothing to do with shadowmaps depth. A thread about it:

I’m not sure if this is really the same issue. I think the thread you linked to is mainly talking about problems with smooth surfaces, which can be ‘fixed’ by increasing the polycount. In my case, I could increase the polycount of the objects a thousandfold and it wouldn’t make any difference.

It has nothing to do with shadowmaps depth

It is still a factor.

I’m not sure if this is really the same issue.

Disregarding the issue, such usage strategy for point lights is not optimal.