Draw/Plot line randomly on a screen infinitely during game play

I am wondering that if it is possible for me to draw or plot line randomly “like wave shape” on; for example top left of the screen when a game started?

I am new to UE4 and seek for any guideline to make this happen. Is it possible to create such things by blueprint or C++? Also, are there any keywords such as"HUB" for me to search for, so I can try to create or study them? 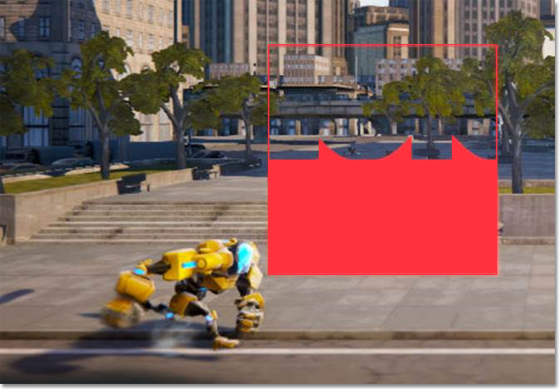