Character made out of light - How to do something similar?

I found this amazing video by Nike (Nike Flyknit 'Fit' Installation / Milan Design Week 2013 on Vimeo - 00:52). I really would love to do a similar rendering. Could you point me into a direction that I can look into? Could I use particle Systems for that? How to spread one particle system over an entire character or would one choose multiple emitters all over the charater’s body?

While there are a few options to emit particles on vertices or polygons of a skeletal mesh, cascade only wouldn’t really give this effect…

You could attach global vector fields to your character, let gpu particles flow around it, but without in depth blueprinting, or even better additional plugins, this effect is rather hard to achieve.

thank you very much. I’m somewhat familiar with creating c++ / blueprint plugins, so I would very much like to create the plugin required. Could you throw a few buzzwords at me that I could google? I looked up everything regarding lighting etc., but I really don’t know what to watch out for

Hmmm, not sure I agree with Lous on this (and I know he has a lot of experience in vfx).

I’m gonna give this a try using just cascade.

Some key words are mentioned in Luos’ post above:

thank you a lot !

Hey John, if you are only using cascade, you cant use a skeletal mesh

Anyways, all kidding aside, that particle-ular video is showing the use of kinect or similar hard/software, that controls a skeletal character which has dynamic (fluid?) vectorfields moving. Potentially even using Apex turbulence. (APEX Turbulence GDC 2012 - YouTube)

But prolly tweaked for this, as since… well… Nike can pay shitloads for the best artists.

Like I said, you could fake it with having global vector fields attached to various sockets on a skeletal mesh, and then play around with a variety of cascade options. obviously attractor, orbit, emit on skeletal vertices/polygons, and more are within that suggestion.

thanks so much, Apex looks great. I’ve been searching the past day how to dynamically modify vectorfields such that they adapt the movement of the actor. The closest I could find was Swirly Vector Fields of doom – Geoff Lester | Technical Artist. Do you happen to have a tipp how to dynamically change a vector field?

To be honest, I have no idea.
I wouldnt know how to make dynamic changing vector fields…
But with them being able to rotate, turned on/off, and other vector fields becoming active, etc… you might be able to fake it rather well.

In the end, most stuff done in game-development is smoke and mirrors

I only just saw this, but thought I’d chime in about two years too late

I was doing all that stuff in c++, but you might want to look into SDFs (signed distance fields), you can use them to approximate collisions in particle systems, etc

I haven’t done much with them, so don’t have much more info than that, but I think you could generate a distance field on the fly from a character, get the gradient of it, use that to find lines that run out from the character on a tangent, and push particles around with it?
Sounds pretty complicated, but might be doable.

Ryan Brucks has been doing all sorts of amazing things that might be useful for this type of effect: 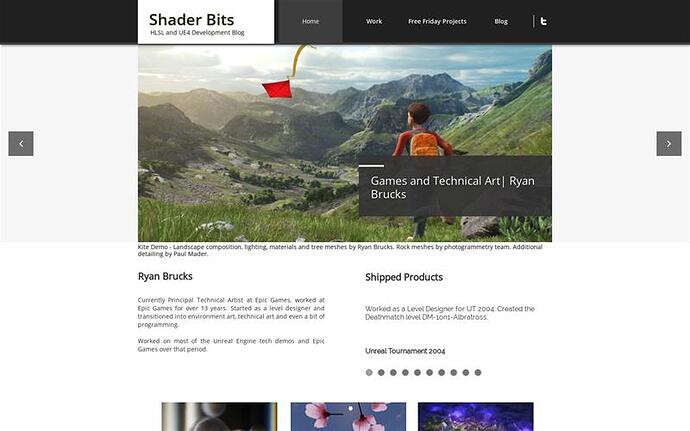 I feel like you could use the data he shows off here to push particles around: 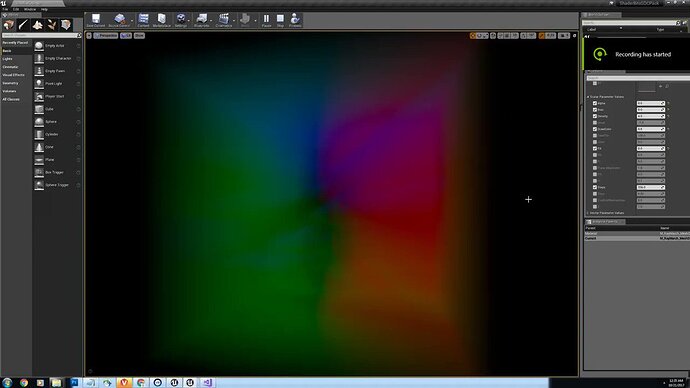