When you are packaging the game, which texture settings are you choosing?

When I package and run my android test of Blueprint Example it fails to display correctly. 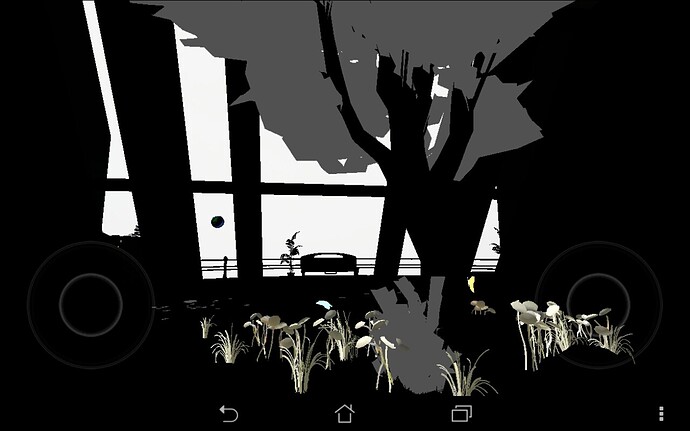 On the Mobile Temple demo, etc1 just hard crashes. However previously etc2 would load but exhibit the same sort of artifacts.

I’m unsure of what could be causing the issue and we currently don’t have a ASUS Memo Pad 8 in-house for me to test your project on. Below is a link to which Android devices we have tested and know UE4 is compatible with.

In the meantime, I will talk with other developers here and see if we can come up with suggestions for you to try.

The screenshot above is of the blueprint office which isn’t quite optimized for mobile and the mobile temple is a high-end demo. Could you try testing with a new project (1st or 3rd Person Template) without Starter Content?

Which version of the editor are you currently using? You should be receiving a popup on the Blueprint Office and Mobile Demo when trying to deploy to Android. There is also a yellow exclamation mark beside of the Android symbols hinting to this.

Unfortunately these demos are unsupported for Android. If you experience this with the ‘new project’ test I mentioned above, please post back and let us know.