This was the original concept which was done in Construct 2 about 8 months ago. And development on this game has been very limited. Until now.

Bird and elephant are excellent, obviously I know the dog is on first pass but it still looks pretty good.

On the dog, I can see why the head irks you. Probably look at the area around the eyes a bit … looks a bit off for some reason. **** I wish I could do animals (mainly hard surface modeller here :P). Rhino looking awesome mate.

Thx man. Im struggling a lot to focus on blueprints today. so i decided im just gonna keep testing different things art wise.
Changed the color a bit. Used some low poly rock i did to test what gorges and cliffs are gonna look like. Used the same rock for the temporary clouds to get a feel what its gonne be like adding clouds 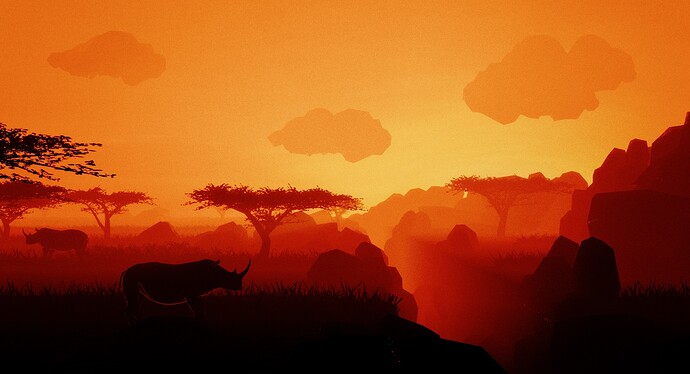 Awesome pics! This reminds me of a Lion King for some reason

Keep up a good work!

Hi again. Been putting some work in on the character.
Trying to create stuff a little more patiently as i am in serious needs of some funding. And will add some of this to a portfolio when looking for freelance work, be it Blueprints, Art or whatever the case may be.
Aparently just saying to someone i can do stuff doesn’t make them believe you

But… the intention and the reality do not always meet up. 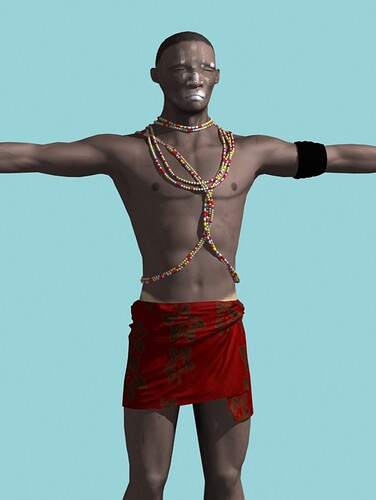 Hey, this looks pretty cool ! I really like the silhouette look of the game. Is it ok to ask how the game is played ? Also, I’m curious to know how the dog fits into the animal line-up, is it a wild dog ?

- criticism - I know the leopard is in its early stage, but I feel like it needs a little bit of work. The main thing(s) that bothers me is the length of the tail and a slight adjustment on his neck / jugular.

Thank you for the criticism. This is good. Not being sarcastic… being honest. No criticism, no improvement.
The dog is the snipers pet… basically when he spots you and warns the sniper… you will be sniped. So you need to avoid being detected by either hiding behind a bush or a tree until the dog passes by.

The game will be played like a platformer. Little gameplay has been done really. I have my snipers working… towers shooting and all my character attack combos done. Well… not all. 4 at the moment.
There will be some sneak elements.

The platformer is not meant to be in linear line… but more a curved approach.
I should hopefully have some simple gameplay done and ready to show in 2 weeks… between juggling mobile games, modeling and this game… its tough.

Those scenes above are stunning, fantastic work. Keep it up. =)

Thx guys.
Reckon im good to do the rig for this guy and start the animations for him.
I would really love to spend more time on him… but time is always against us solo dev’s.

The shield i will rework a little. Mostly just the trim. Not too fond of it atm. 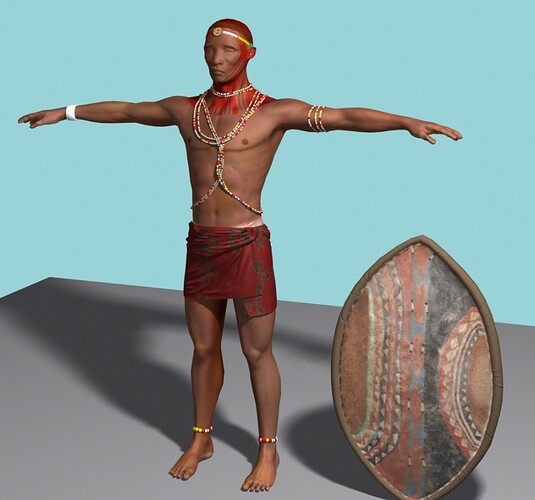 Great work on models and with the animation of the Rhino !

… but time is always against us solo dev’s

Yeah , i noticed this too. I do everything myself atm… not sure how this will turn out but i could use a modeller like you, to bad i work on a sci-fi game atm, and next fantasy rpg. Your work looks really good, you could sell those models too (if you want). Cheers

Thx man. Im always open for some work. Just drop me a line.

Here is the first test of lining up characters to do takedown animations. Now that i have the rough concept in game i can start working on more elaborate things… like running up cliffs, doing major leaps onto a target enemy and awesome stuff.

The 1st atmospheric tests were done using atmospheric fog and post process color correction. This posed one serious issue. Caves!
When in caves there would always be a tint of the atmosphere outside the cave. Unacceptable.

My approach has changed and i feel i have much more control over the atmosphere now and the colors on screen.
This is the latest development regarding rendering of the game.

Not that i am satisfied with my atmospheric approach and i have some animations to work with i can continue game play development. 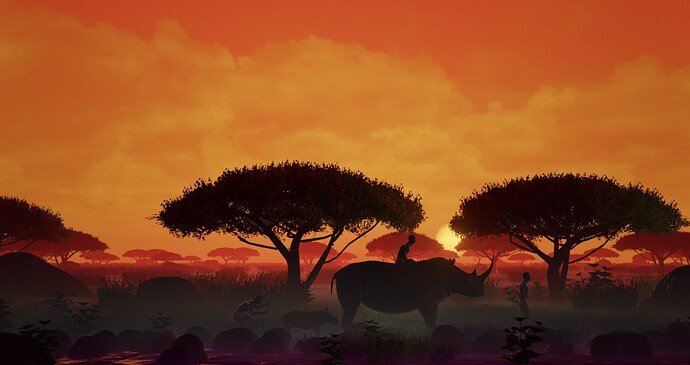 Note
I deleted a lot of my posts in this thread to have less clutter of old work still showing. So if some comments dont add up… thats why. My bad

You seem to be tackling the development process well! Hopefully if you are encountering any questions the Documentation, Forums, and AnswerHub have been good tools as a learning resource. Keep up the good work!

I love these environments! Keep it up. =)