Last year we broke away from the AAA corporate world to start our own game dev studio. We spent some time in pre-production on a few concepts, and just received a chunk of funding from Film Victoria (a government assistance program) to develop a vertical slice for Obliteracers (formerly Space Dust Racers). 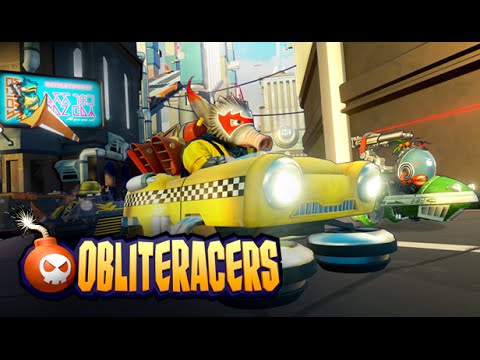 It’s a love letter to games like Micro Machines, Mashed and Circuit Breakers, except we support a stupidly high number of couch co-op players with some novel controller tech.

We made the switch to Unreal Engine 4 about 3 months ago and so far we’re loving it.

We’re running a dev blog here where we discuss our transition from Unity 4 to Unreal Engine 4, and challenges we’re facing as we complete the game:

We’d love to hear your feedback on what we’ve done so far. UE4 has presented some interesting challenges along the way, but each version is getting more and more solid, and the full-source access has been a huge help.

Great work so far sds-michael! I could see my friends and I playing this game for countless hours. Keep up the fantastic work and hope to see how you progress in the development of your Space Dust racing.

Thanks for the kind words guys! We’re about to switch to 4.3 which will allow us to implement a bunch more cool features using the splines and customizable static mesh collision, can’t wait to show the next progress update.

It turns out the splines in 4.3 are amazing! We were able to drop a SplineComponent into our level to represent the track center line, which we’re now using to tell the shared camera which way to look (with smooth movement) as vehicles progress around the track. We’ll also be using multiple splines for the AI.

Also I’m planning on posting a video soon running through the vehicle physics in more detail - we’re not using the inbuilt UE vehicles, we wrote our own custom solution so we can mess with it in cheap and nasty ways to do our bidding.

This looks amazing, I’ll be following this for sure. Brings back memories from Mario Kart and Micro Machines!!!

I absolutely love your graphics style. And I really felt the fun only watching the Video. Reminds me of games we used to play on LAN-Partys

Thanks for the kind words everyone! We’ve just posted our latest development update below: Looking awesome! Glad to see you’re doing some dynamic work with the camera! Keep it up

We had quite a few people asking us how we’re doing the arcade vehicle physics with Unreal Engine 4. I put together this video running through the general principles, it’s a custom solution: 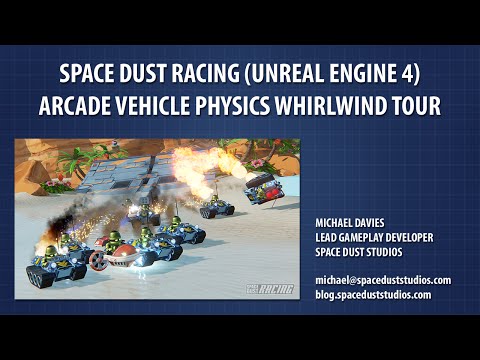 Respect for actually making a video and explaining how you do things!

That’s so cool!!
Thanks for making the video.