I’ve been trying to create a rain distortion on a window in my project, but I can’t seem to achieve it in a material. Could anyone help out?

If you are trying to make something like this you need a mask(black&white texture) and normal map for droplets, and use the mask for refraction input. To go byond that with running droplets you could use a flipbook texture in addition to static droplets. That’s how i made it in that video.

Would it be possible for you to post a screenshot of your material?

I’m afraid not, not yet anyway. It isn’t anything complex but just too messy to share right now. The current version also has dynamic droplets hitting the window, which makes things a bit more crowded. I will share it in the forums sometime in the future though.

Ok, so I was able to get a normal map and a mask, but I’m not sure what to do next. Here’s an image of the material: 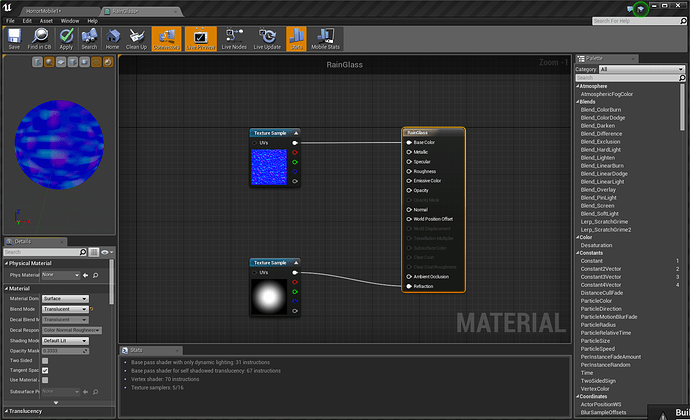 In it’s most basic form, you need to do something like this: 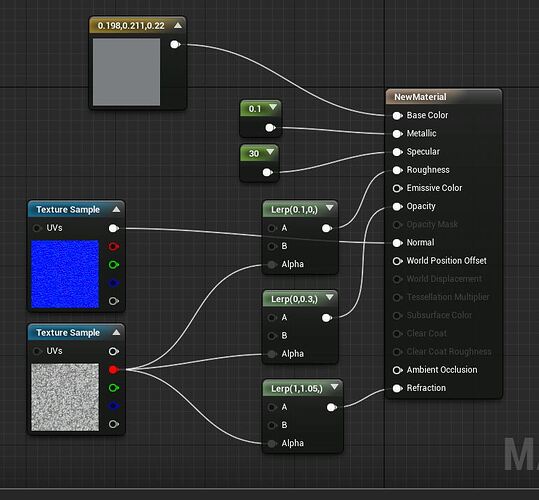 You can increase the tiling by plugging Texture Coordinate nodes to the textures.

Great! Worked out perfectly with my textures, thanks a lot for the help

I would curious how you create the texture for the droplets …

You need to find one on google or create it in a modeling program. Creation isn’t a simple process i can explain here unfortunately and each program has different workflows so you’ll have to find a tutorial on your program’s particle effect tools.

I released a material on the market that do exactly what you need. It can be applied to refractive surfaces and has a post process option. Check this link out: 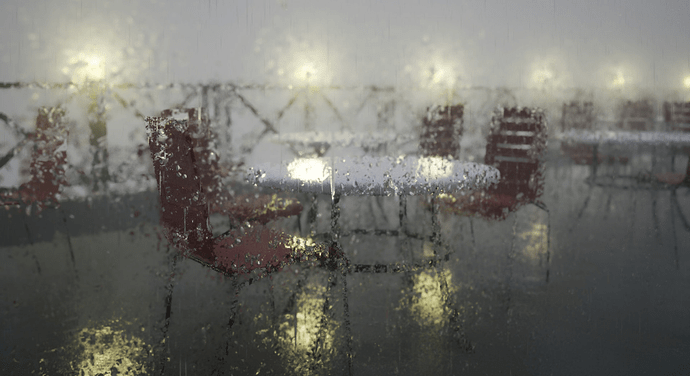 This material set is used for rain flow effect on surfaces like glass windows or solid surfaces. Scene is included.