Why using box trigger give the computer less work when rendering?

That person say using box trigger for collision will give the computer less work when rendering than using it directly on the actor, why is that?
Everynone August 19, 2021, 2:39pm #2

I believe the person misspoke when they said rendering - the cost would be actually on the CPU. But simpler collision means more CPU cycles left to feed the GPU with data it may need…

So if you’re CPU bound and your GPU is starving, giving the CPU more breathing space would increase responsiveness and overall performance.

When it comes to Stairs vs Ramp, it’s pretty straightforward: 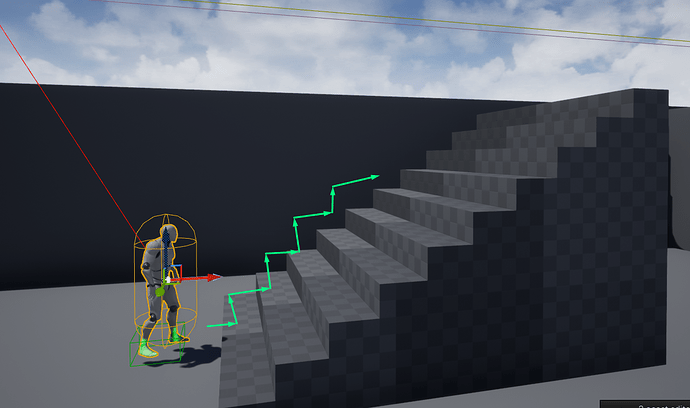 Imagine you have wheels instead of legs… because the capsule is closer to a wheel than it is to a limb.

I see… so its because the box have fewer face for collision, I think I get it, thanks.

Pretty much, yes. But you’d need to go into 100k to notice a difference.