Why is there not a videoplayer or light-based video projection tool in UE that actually works?

Okay we are in 2020, not back in 1998 when everyone used WinAMP and you needed a special WinZip tool just to open compressed files and playing partial videos wasn’t possible in Microsoft media player because VLC was barely on the horizon. And you needed FlashGet to accelerator your large downloads because a crash of IE meant download doesn’t get flushed from cache and you just wasted 10 hours of AOL at 5k speeds…

So why is it in this day and age there isn’t a simple way to play back a video (be it light projection or directly otherwise) inside of Unreal Engine natively with audio and without having to resort to using third party tools, plugins, assets to achieve this?

Long story short, I’m looking for something that lets me play videos onto virtual screen in UE. Would be great if it also let me do audio too but apparently even that is too much to ask as all the assets I came across that did anything of this nature in the UE marketplace only did video and nothing covered audio… (In fact I’ve actually discovered they actually only do textures/still-images because none of the assets that claim to be able to do video actually work when it comes to projecting light based videos or directly doing videos…)

I’ve wasted dozens of hours trying to figure it out but at this point evidently there is no effective quality control in the Unreal Marketplace because nothing but duds and defective products have made it onto the market so far… Case in point the two below:

This is ridiculous… first a couple weeks ago I tried another tool on here called Projectionists which was supposed to do everything… that asset/plugin wouldn’t even install without causing problems, I added it to my project and it messed up my project and wouldn’t even compile/build anymore… the devs admitted to error and stated they would push a new update. Now even with this update absolutely nothing is working for UE4.25 (which this plugin claims to support) and even their Demo project which they published a version specifically for UE4.25 won’t actually run/build at all even without making no changes… So right now this is worse than useless because it is a time sinker/ effort waster since it simply DOES NOT WORK. 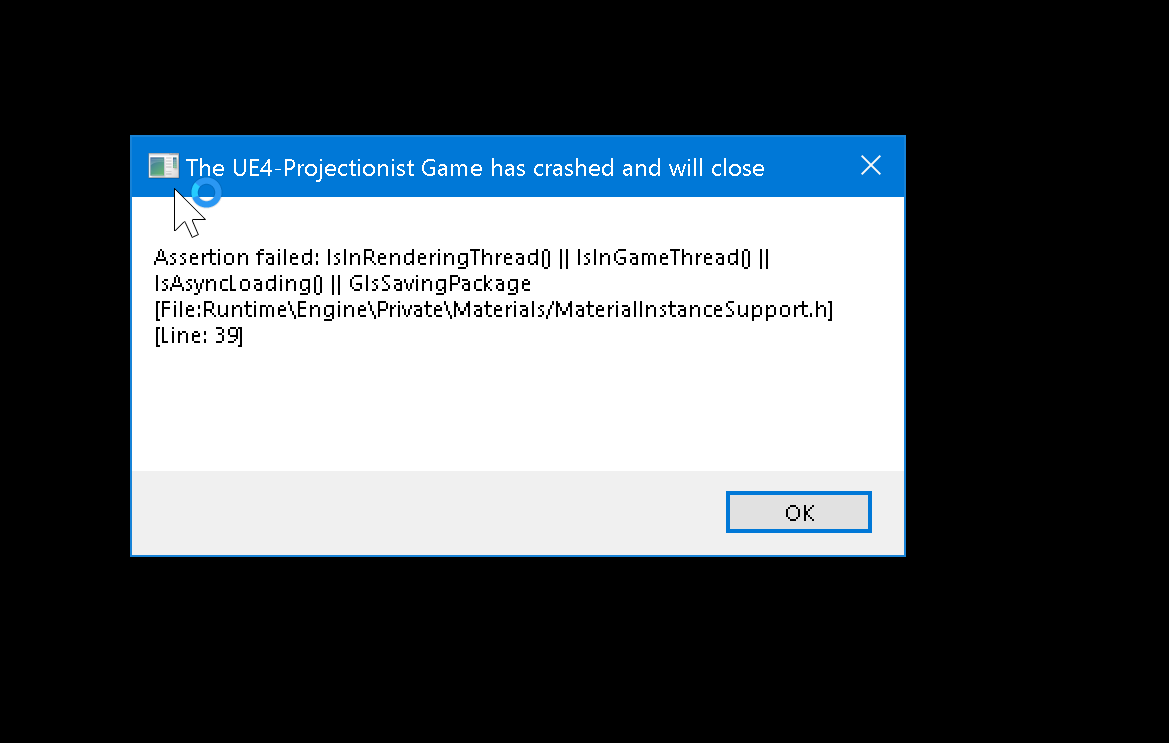 Then the only other comparable plugin aka the “Image Light” also doesn’t work when it comes to videos. It seems to be great for still images but the dev of that product admitted that 1) Image Light cannot do multiple instances of videos 2) Image Light has problems when building in that the video light doesn’t show up on an actual build even though when ran in the Editor it was working… Which also makes it useless for actual usage purposes for videos or nonstill images… When I set up one video light and then try to set up a second one, it will instantly overwrite my first instance and so I could only use ONE SINGLE video in my entire project. Which I thought was not ideal but at least in the EDITOR it works as it should for that one single video light, however after doing a BUILD, it doesn’t actually work , nothing is light up, and doesn’t make it to the finished product!

Now, looping back to audio, even if the video playing issue was resolved, none of the tools covered including the ambient lighting one ( https://unrealengine.com/marketplace…bient-lighting ) seem to do anything for audio. Apparently audio isn’t important anymore in 2020 since no one seems to include it in their video playing assets…(new tank assets in 2020 that go for $120 a pop also don’t include audio but that’s another story for another day https://www.unrealengine.com/marketp…ct/ztz99a2-mbt) But when I tried to do a simple ambient audio with sound attenuation, I discovered that even that out of the box in Unreal Engine doesn’t work, yes that is correct, using custom audio imported into Unreal project, be it wav, ogg, mp3, etc means that its either all or none, either it doesn’t play at all, or it plays everywhere at once, **there is no way to get sound attenuation working as it should be in Unreal when using custom audio **(audio that didn’t come default native to the engine/editor/etc) 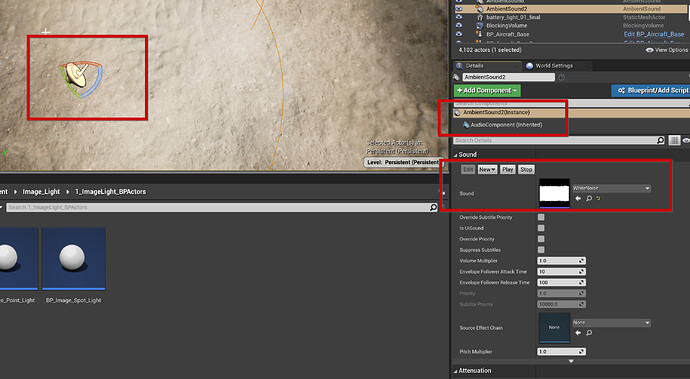 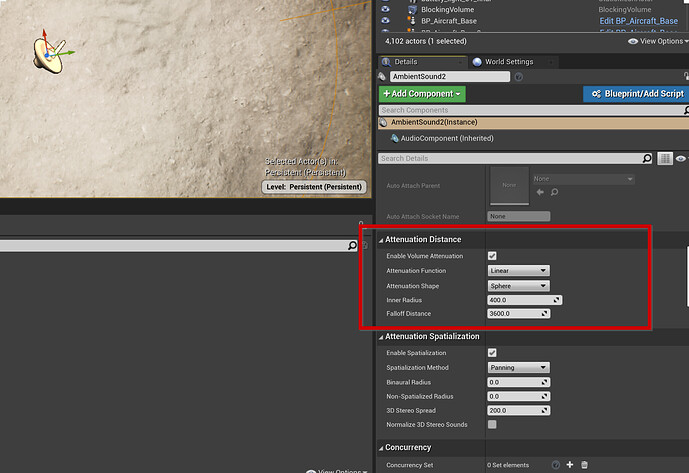 Lastly, and this is on Epic/Unreal itself, : why are we still relying on 3rd party plugins for something this simple in 2020? This should already be native to the engine itself without having to dig for , pay for, mess around with, troubleshoot 3rd party plugins that don’t even work 99% of the time… Then even if someone actually fixes it, all it takes is a new engine version and everything gets broken and borked all over yet once again… Even Microsoft eventually wised up, in Windows XP they included zip utility by default, in Windows 7 you can burn CDs without DeepBurner, in Windows 10 you could mount virtual iso without having to use something like WinCDEmu, its about time Epic got with the times and included native video (+ audio) playback in UE by default… Heck just to illustrate a point, just today on the UE marketplace I saw a new tool called “Restart Editor” which all it does is allow us to restart the Editor in one click because up until now we had to close out of it completely and open it back up… Like seriously? Its simple things like this that truly makes you wonder sometimes… *(not to mention the UE marketplace itself has major bugs example the search box is horribly broken, its the only site that is broken where if you type too slowly in the search box you are interrupted by the autosuggest and then it starts skipping characters to your input and then you realize its not finding what you are looking for because the search box has taken/stripped/blocked characters out of your search term) *

You could just use a media player and some lights to achieve what you want, but perhaps didn’t understand you right.

So just to make sure, you want to play a video on an in-game screen or as a projection. 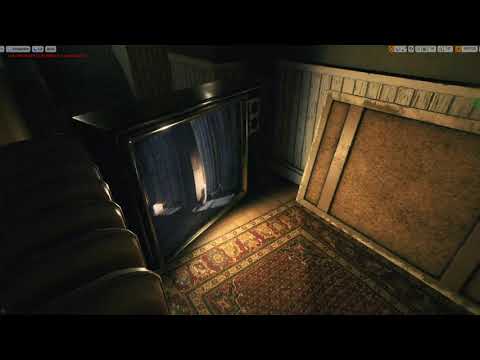 thanks for your feedback. You previously contacted us through mail and even tried to send us your whole project without any description or detail. We offered you advice and even a support call with developers. You answered that you will come back to us with a more detailed description of what is wrong. We never got any more messages from you. It’s unfortunate that you encountered issues integrating Projectionist into your project, yet we feel it’s not helpful to your progress, as well as our ability to improve the product for you and every else, by ranting in the question and review section, as well as the forums without reacting to our offer to help you. It’s simply not the fact, that the demo project and the plugins won’t work. Please make sure that you have the latest version of the plugin, since we recently released 2.0 of plugin (as stated on the product page, website and discord server), which has breaking changes to the previous version. If you still have issues, we urge you to play fair and make use of our support.

For an example of how to make use of the new features of projectionist, please check out these videos: 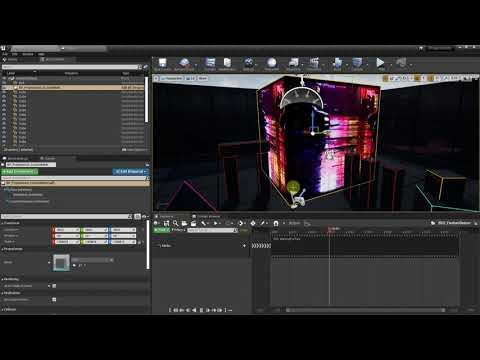 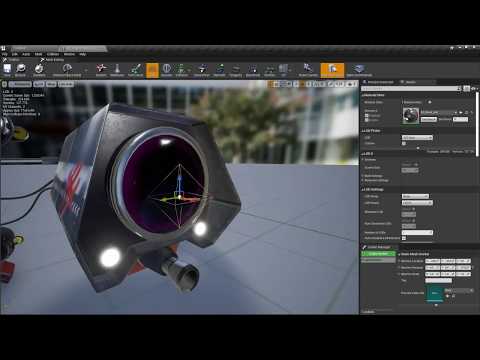 Concerning your audio issues, the feature you are looking for is called spatialization. Make sure you checkout the topic “Attenuation Spatialization” in the documentation https://docs.unrealengine.com/en-US/…ion/index.html