Why is my shadow not straight?

I am still fiddling around with the basics of UE4 and I am stumbling on some shadow issues as you can see in the picture below. 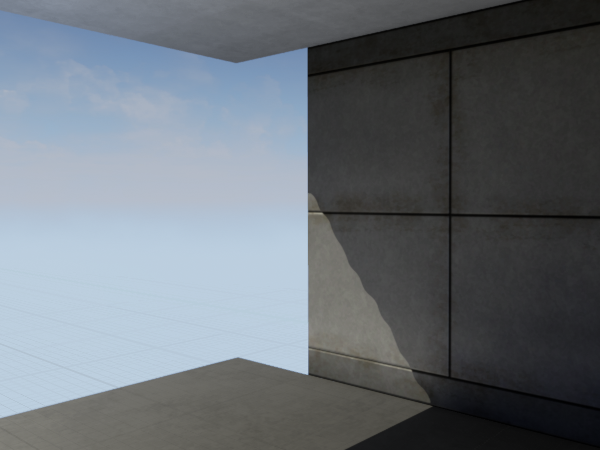 What could be causing this? The ceiling in the picture is actually the floor you start with and the wall is a simple cube with a material applied. I have not touched the drectional light I started with except for moving it out of the way.

I think light map have low resolution and very high sharpness. Make the edge of your shadow slightly blurry. In real world shadow not so sharp.

The answer is definitely the lightmap resolution but here’s a slide show that I made to demonstrate what is actually causing the problem and a solution:

Short answer is; If you build your wall out of 4 meshes instead of one, you won’t need a higher lightmap resolution. If you want to use a tiling texture like that on the wall, set it to use a “World Aligned Texture” and it will tile seamlessly across all 4 meshes. You should always build your levels out of several smaller static meshes instead of scaling meshes to fill the entire scene. As you scale a mesh up, it requires a higher lightmap resolution to give you the same visual fidelity.