Which algorithm is used for spline components in UE4?

In the pursuit of solving my bigger problem with UE4 splines, I decided to do some math computation myself. I quickly realized, that I don’t know which algorithm is actually being used by the engine to draw the splines.

A quick search showed me the exactly this question being posted on the UE forums: 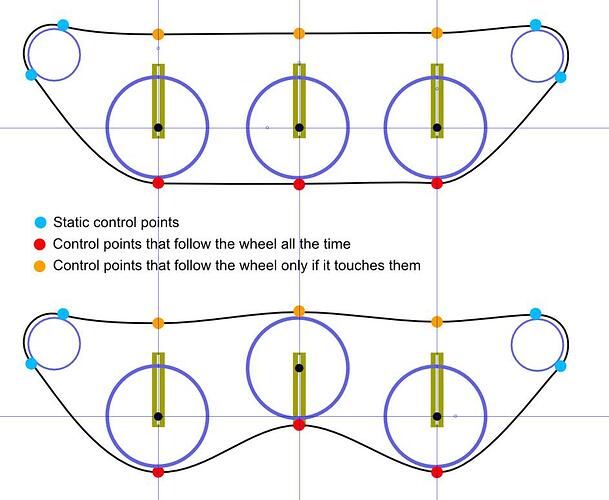 I hope that one of the developers would be able to share information on how current implementation of spline components works under the hood. More specifically what kind of class of curves is used - is it one of the Bézier, Cubic Hermite or maybe...

to which TheJamsh reports that they are using Cubic Bezier by default.
However, through experimentation this cannot be true!

Consider the following simple experiment: put control points p0, p1, p2, p3 in a square and draw a Cubic Bezier spline S. Using a simple DeCasteljau algorithm you can conclude that the curve will reach 75% height of the square, exactly at S(0.5). 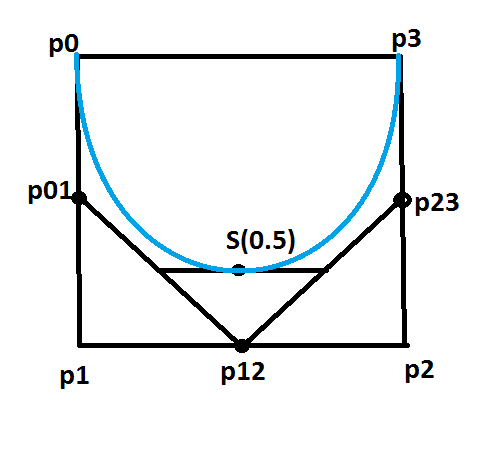 The built-in spline tool of Paint also agrees with it 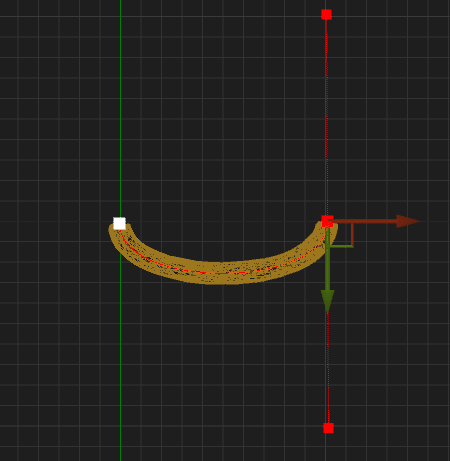 The resulting spline is much shorter, as if the tangents were dampened somehow.
Which brings me back to the original question - what is the math driving the splines in UE4?
Or maybe it is intended to be a cubic bezier but there is some bug lurking in the formula?

Try checking code for yourself:

Unfortunately, I have problems accessing that code. I added my git unsername to the profile setting, but I still get error 404 as if the file never even existed.

I stumbled across this question because I had the same and looked it up myself. I know this question is kind of outdated, but I want to post the answer anyway in case someone else needs this to know.

I looked into the source code (4.14) of the spline component and saw that the interpolation is done by the template function CubicInterp() in the header UnrealMathUtility.h . This function looks like this:

where P0 and P1 are start and end point and T0 and T1 are their tangents.

I looked this formula up at Bézier curve - Wikipedia . There you don’t find the formula with tangents, but with two intermediate points, which can be converted into P0+T0 and P1-T1. After simplifying the formula and comparing it to the function above from the source code, the tangents need to be multiplied by 3 to match the formula from wikipedia. You can see this by multiplying your tangents manually by 3 and then you get the expected result for the original tangents.

I don’t know if this is really a bug or done on purpose, but nevertheless, now you know it