I have a bunch of cannons the lerp to and from a rotation, when doing this the entire game loses a metric ton of frames, is there any more efficient ways of doing this without lerping every single event tick or is there something better than lerp as once is starts it never fully reaches its end goal and just continues lerping into smaller and smaller decimals.

TL;DR any way to make several lerps any more efficient or is there any other way to actively change between lerped rotations of several objects

Can you show the code for one cannon? Unless you have 1000s of cannons, I’m suspecting the code a bit…

With a lerp on a timeline, you need to calculate the start and end points before running the timeline.

Lerp doesn’t work on pure tick. That would be finterp, and a cannon doesn’t move like that.

There are other ways, depending on how you want the cannons to behave.

^ here is the cannon fuff forgot to hit reply

Yeah, it’s because you’re calling something that can do the whole cannon movement, on tick. ( it only needs to be called once ).

Maybe tell me what you want the cannons to do? I can understand you want to be able to pan left and right. What’s the adjust width thing?

Also, why bother coding this whole thing, when you can make a cannon blueprint, and that’s it?

For instance, just to turn from an axis input on Z, you can use 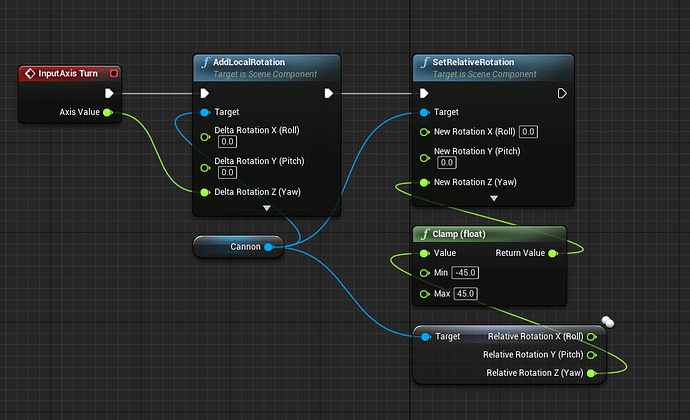 so basically the cannons are managed by a middeck blueprint that adjusts the rotation of all the cannons through scroll wheel input and then smoothly rotates towards the desired cannon fire width to then shoot cannonballs, depending on how close to centre of the ship a cannon will rotate only a set amount through a function called ration calculator (the closer to centre the less od the rotation target it will have) 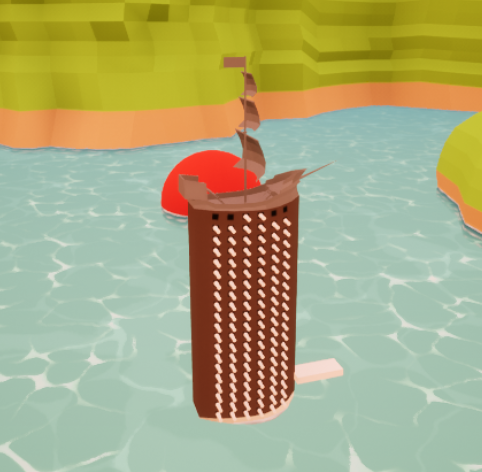 mouse button clicks to fire each respective side 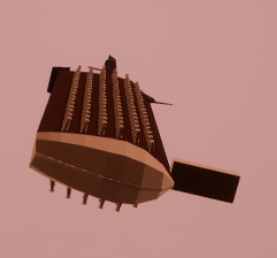 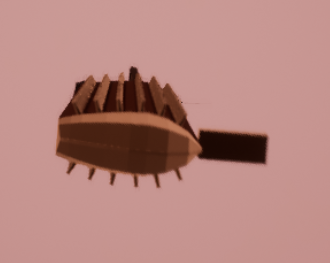 Ok, don’t do it with blueprints

I need to re-think.

Haven’t seen that many cannons on a ship, till now…

I’m thinking of instanced static meshes. Gimme a while…

yee no worries the timeline addition did improve the performance post cannon rotation, but when it is actually rotating the game does not enjoy existence XD

Child actor components are really finicky to manage. I think you’re better of with blueprints frankly.

It really depends how involved the shoot animation is.

If it’s very simple, you can do it with ISMs, otherwise you’ll need blueprints.

I can definitely get this running right, but might need to ask a bit more at some point…

Ok, blueprints and event dispatchers is the way ( or one anyway ). I can rotate a whole ship side of cannons towards a target point without any frame hit whatsoever:

There is an actor BP in the scene, which tells the cannons where to aim. Right now, I’m just aiming at the origin: 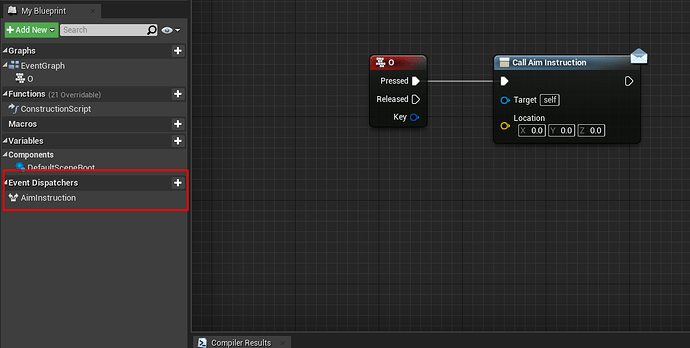 I’ve just realized, this only lets you point all of them in one direction. But it demonstrates something…

looks bussin many thanks

ill come back tmrw once ive properly implemented this

Ok, a simple get actors is fine

I’m pointing them at random locations ( in a box ) here. And in the BP

Tell me if you see anything useful, and we can work out how to fit it with your regime.