before I build the lighting… i LOVE the look… 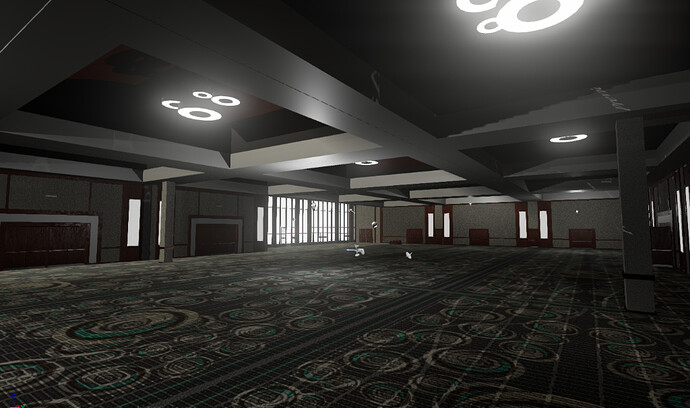 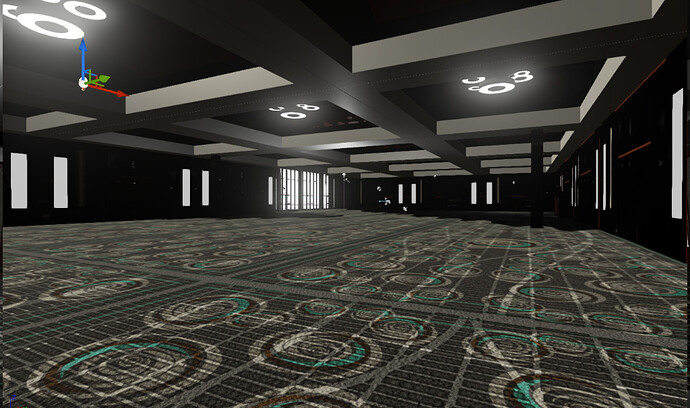 but then I get this when rebuilding ^

any advice is always appreciated.

EDIT … Maybe… its from the pleated curtains that used to be in the scene ?

Increase the lightmap resolution of the floor mesh.

rebuilding now… but even if the shadows improve… whats with the dark dark shadows as opposed to the light filled ones I get while “dynamic” ?

Do you have second UV channel on meshes?

Few rules of thumb I learned with a hard way

Most likely your lightmap UV’s are really bad, especially if you used an automatic method. And since it’s a large room the resolution is probably too low. You may need to separate out some stuff so that it can use more lightmaps instead of just increasing the resolution.

as suggested, I added a skylight… now I get distributed lighting…

but… even after remapping my UV’s… I get crappy boxes on my walls… and the error checker still seems to think UV’s are overlapping.

next, I’ll try creating a separate UV channel for lighting I guess… 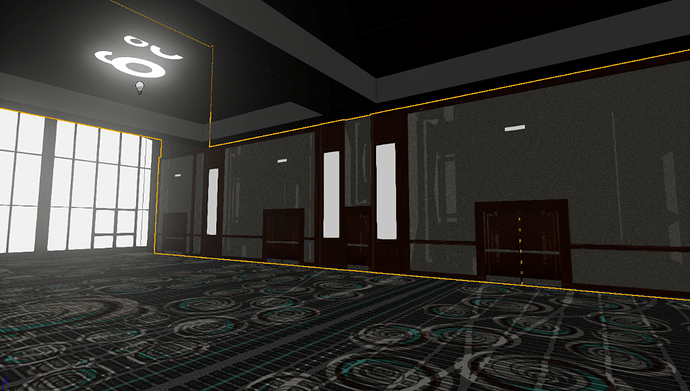 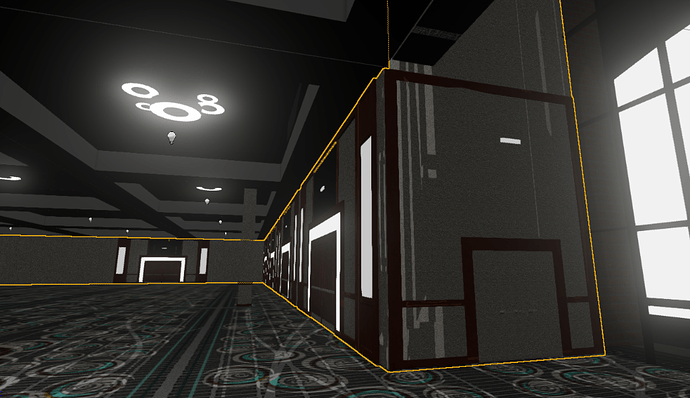 I wonder. might it now be due to not remapping the window/panes the light shines through ?

next, I’ll try creating a separate UV channel for lighting I guess…

Before you do this take a look at this link: http://www.worldofleveldesign.com/categories/udk/udk-lightmaps-01-basics-and-important-principles-for-creating-using-lightmaps.php -> explains everything about lightmaps

If you didn’t have lightmap UV’s before and then added them then you need to set it to use the right UV channel, it doesn’t change automatically.

so if my “asset”… consists of multiple sections of walls, doors etc… and I import them all merged as a group… with separate textures for each piece. wallpaper, woodframe, glass, metal doorknobs etc…

how do I, or can I, edit each piece separately and set the lighting UV channel ?

wouldnt double clicking my merged asset group simply open up one window with one universal setting ?

if I export it all in one go as a single mesh… the engine only sees one lightmap and does this to it ?

and the more pieces you put into that export… the worse UV overlap gets… ?

I am soooo tempted to somehow override the need to even BUILD, lighting !

I wonder. if this is the case… can there be any way to create a mel script to export each piece in a .mb file as its own ___.fbx file into a dedicated folder for that level/ mb ?

then once in unreal…import the entire folder then run the “same” script. placing each piece at its world position, duplicate it… and replace it with the next one from the folder ? doing the same for all the items in the folder…

NOW… will UCX_ proxies also cause overlapping lightmap UV issues if I have several meshes being used to give ONE mesh physics ?

If the naming is correct, I think your collision should work correctly this way as well.
In 3ds Max there’s a tool in the Content section of the forum that can reposition each object to the origin>export each object to its own FBX>and then move the objects back to where they were–along with the option to copy the positions of the objects so that you can paste the positions into UE4 so that you don’t have to place them back by hand.
The alternative if you’re trying to keep things as easy as possible would be to just export your objects like you have them. It won’t be quite as efficient performance-wise because you might have multiple exports of the same object, but everything would be positioned exactly where you have it in Maya.