I’m trying to do a indoor room scene in UE4. I blocked the overall shape with a dozen of bsp brushes, added a directional light then merged a couple of brushes into a bunch of static meshes. After the building the lighting these meshes have weird dark spots at some places like this: 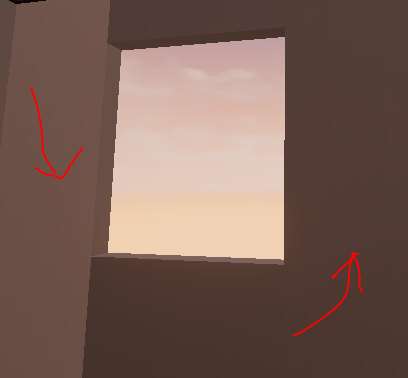 Look at the different shades of the same material(m_basic_wall) on both sides of the window. Here is another window where the problem is worse with about 4 different artifacts: 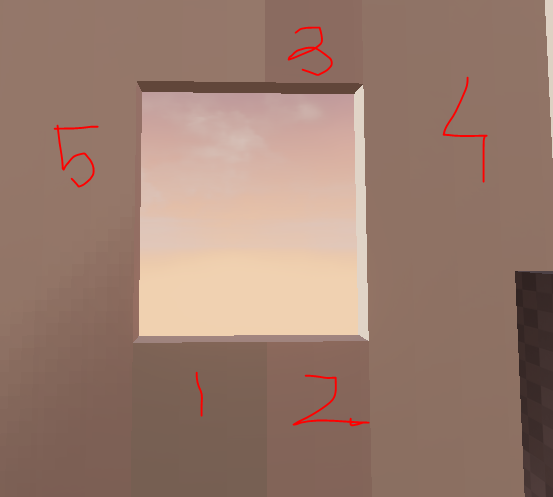 Now, I know that UE4 messes up the UVs of converted meshes So, I’ve re done the whole uvs in maya then reimported the meshes into ue4 but even then the problem persists.

That is some weird shading that you have there. You mentioned these ‘windows’ are built using bsp brushes? I’m assuming some with subtraction properties? The rebuilding lighting button doesn’t fix this problem?

Yes they were bsps (used subtractive bsp for that window hole). These artifacts are occuring after I converted them to static meshes. I’ve build the lighting many times, but the issue stays. The meshes look fine in the mesh editor, its after I build lighting the weird shading seems to occur

The issue you’re seeing here is due to the nature of BSPs, static lighting, and how the lightmap UV is generated for these types of assets.

Overall BSP is great for quick prototype testing and blocking out a level, but the assets will need to either be exported for proper construction in an external modeling program or you’ll still need to export them and specifically clean up the UV for the lightmap.

With BSPs, each face is a single UV island. When the subtractive brush is used, that single face is now broken up into multiple faces. This is extremely problematic when using static lighting because these faces with their generated lightmap UV are not connected which causes the shading issues you see here between the faces. You’ll need to fix the UVs in an external program so that they are connected.

I hope that helps.