I am currently developing a VR-application for my university. I have already integrated a custom Menu (Based on the one from the VR Template) with a wrist mounted watch and a tablet that follows you. Everything is working great as long as I only have my building in the scene.

EDIT Target Platform is a Oculus Quest 2 with Link.

As soon as I load my Landscape with a couple Megascans assets into the scene, the teleport trace is gone yet the teleport indicator still appears at the users feet and it still lets you teleport (But only in like 5cm steps).
Also the Menu interaction completely breaks once I load the Landscape.

Since I’ve had the whole thing working with the building and even with a small landscape, my first guess would be, that the landscape is too big. But even if I attempt to reduce the landscapes size by removing tiles, the teleporting and menu interaction wont work as soon as I’ve loaded my map once.

In case you are interested, here is a video of my menu system, as well as the working teleportation:
https://youtu.be/GFgBSa0K1qE
I am also ready to share screenshots of everything, in case they might be helpful to solve the problem!

Does anyone have any idea as to what could be causing me trouble?
Unfortunately I’m on a limited time budget and have to implement a solution fairly quickly, so I’m very desperate and struggling to figure out the problem by myself. 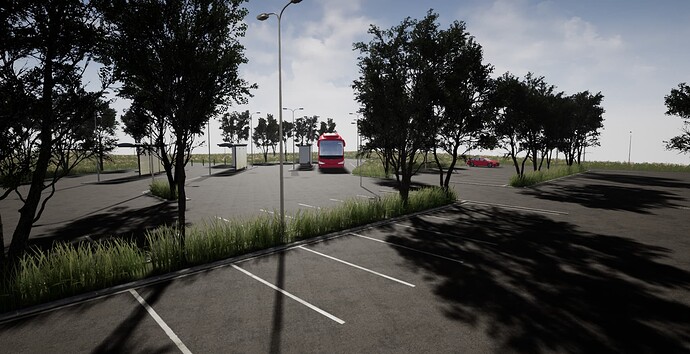 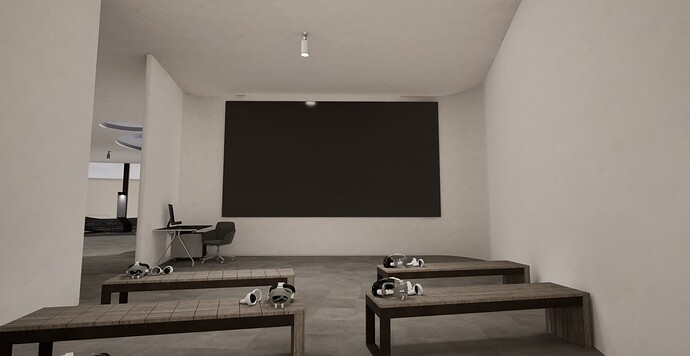 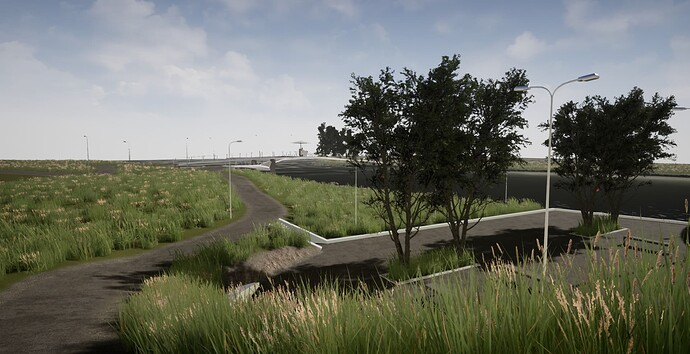 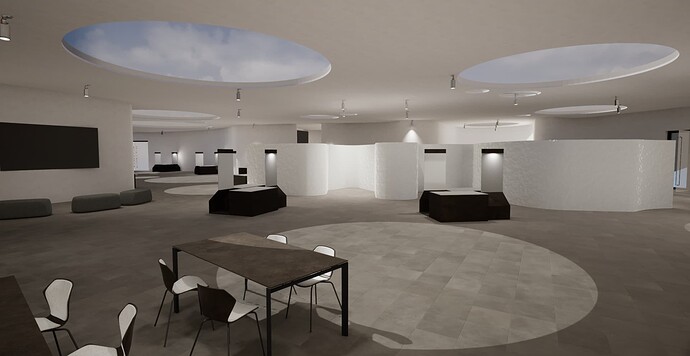 I think the first step in troubleshooting VR Template teleport issues is making sure that you have a working NavMesh. Press P to visualize this, you should see green in all the spots where you’d want to teleport. (And if not, add a NavMeshBoundsVolume)

What you mentioned about your menu interaction also breaking is troubling. Try debugging what the trace is actually hitting. 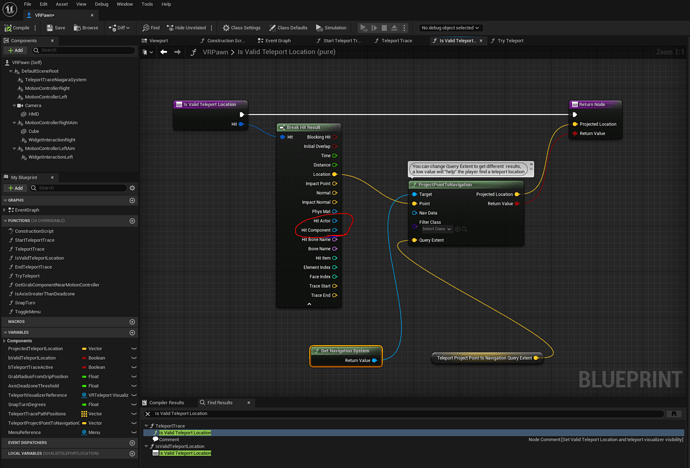 Thanks for your reply. I didn’t get around to trying ther debug you showed me, but I have since been able to somewhat verify that my problems were caused by bad performance.

I reloaded my level and reduced the foliage and geometries by around half and once I hit a certain point of deleting objects, everything returned to working just as intended.

I was able to finish the project after that, so there’s no more need for help on my end.

Thanks a lot anyways!