Hey all, I wanted to ask some advice about Replication to server on Tick for tracked Headset and Controllers. 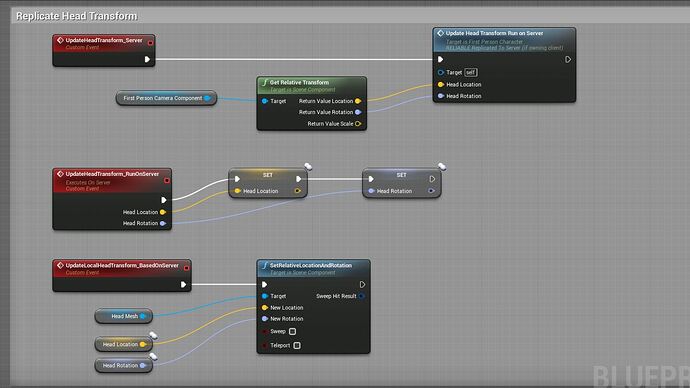 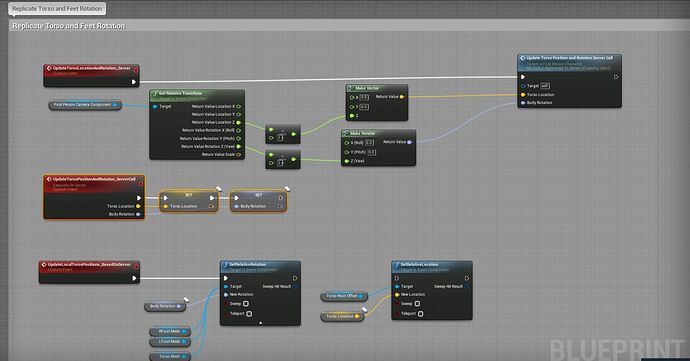 For the Hand Controller Mesh replication, Setting the Run on server event as “Non Reliable” fixed the issue.

I still think this is a bug of some sort within the engine. I may be proven wrong but I don’t see why setting the event to Reliable breaks Client Pawn movement on the server side.

EDIT: When the network overloads, the client connection is disconnected from the server. So, apparently this is desired functionality in UE4.

Most event are reliable, This means machine A sends a message to machine B, then B sends a “I got it” to A. If the “I got it” (ACK for Acknowledge) does not arrive in a bit of time, then A tries to send to B again.

Unreliable means A send to B and if B does not get it (it gets dropped) then it is no big deal.

Things like voice chat (VOIP for Voice Over Internet Protocol) is sent unreliable because if a 1/10th of a second of voice gets missed it is too late to resend it anyway and you get a gap in the voice. Also player hand position updates are similar. If you miss one update the next one will get the position anyway.

As you can imagine, Unreliable is very efficient and uses less network.

Hello,
In the handcontrollerbypass.jpg above, what do the LMotion and RMotion Controller Bases represent? Are they references to the Scene Component of the respective motion controller components?

I was able to get Motion controllers for Vive and Oculus Quest replicating over the network so they can see each others movement.