This is a survival game prototype Im making, based on the game “The forest”, I made this 100% with Blueprints

The system has been completly rebuilt and improved to be modular and following better standards, architectures and workflows, using Unreal Engine 4.24+
All versions, documentation and more details at the marketplace: https://www.unrealengine.com/marketp…uilding-system 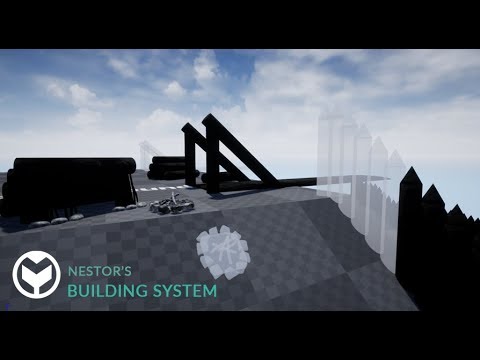 Update
Currently supported version: 4.8.1+
Cleanup: Some BPs have been refactored
Documentation: Key features have been commented
Tutorial: A example level with comments have been made

Here is a new vid of the update: *** The framework doesnt have a real inventory, but there is an array that keeps track of all items you are carrying, in 4.8 and previous versions I was leaving it like that because you may want to develop your game on that way, but now, Im limiting the inventory max items in just 1 item at once. It´s EASY to remove this limitation.

New version will be available for download soon, and of course, if you´ve pucharsed an older version, you can download the new one on the release moment. 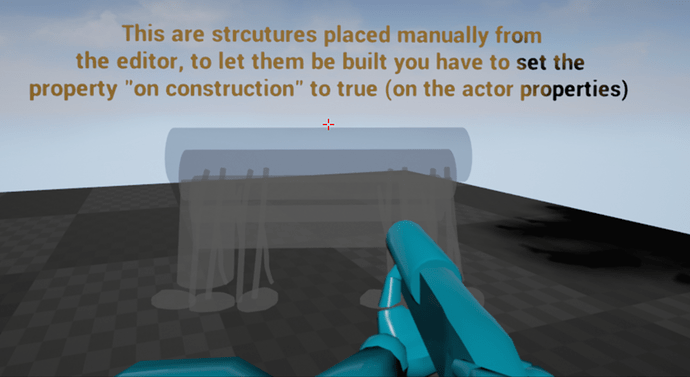 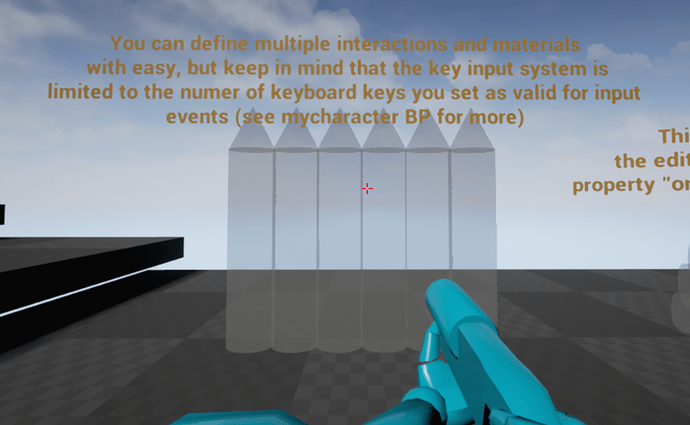 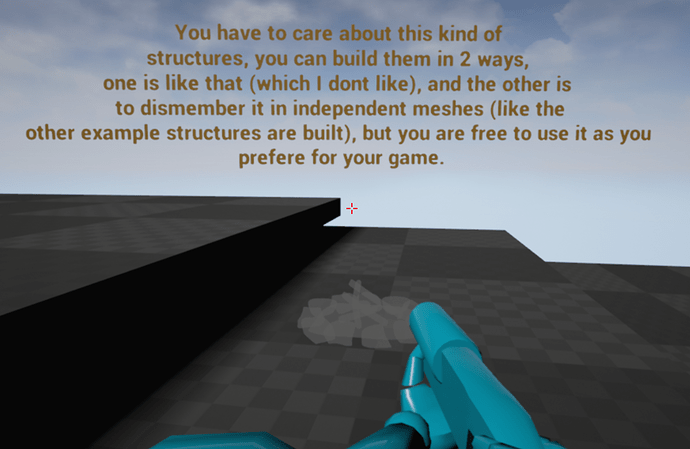 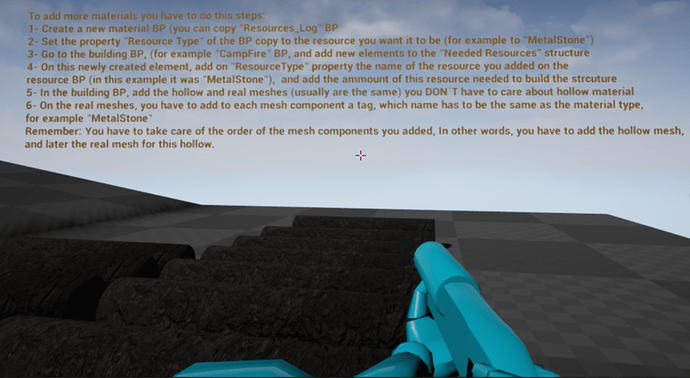 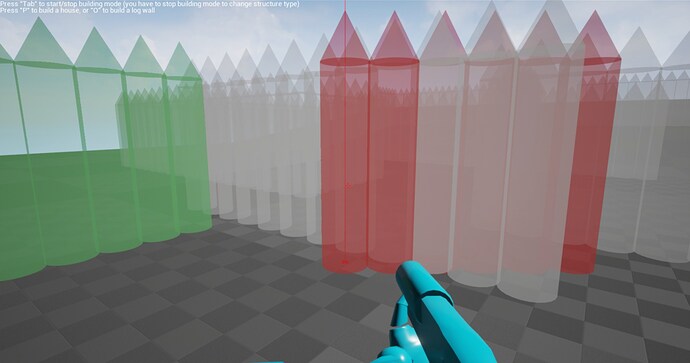 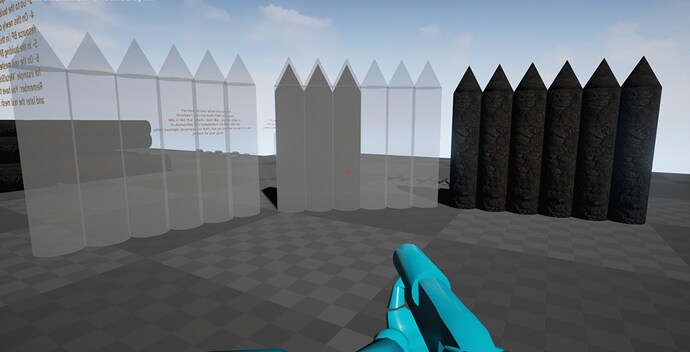 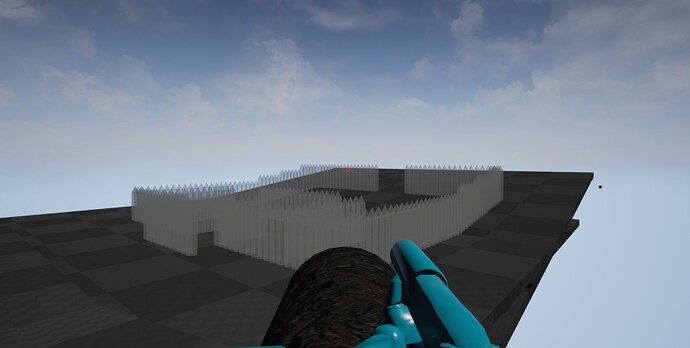 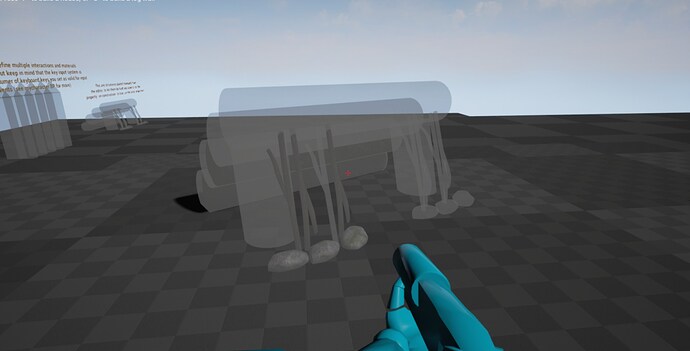 Next features: (discontinuated for now)

wow that’s really good work, is it a modular like system so its easy to expand on to different structures for example?

Yes, you only need to add new components and add a tag to them with the name of the material you want, quick and easy!

PD: Even you can add a component mesh to accept different kinds of material (adding more than one tag to the component)

Thank you all, I would like to finish atleast the building system at 100% cause this is a project for fun, nothink serius at all

That looks great! very nice job, I really would like to have a look at this project . I think I could learn a lot from it.

I would love to take a look at this, even if its not cleaned up and commented. I am just curious how you accomplished this via blueprints. I’ve experimented with a crafting mechanic myself but I couldn’t think of a way to handle the ingredients to recipe functionality in blueprints.

Thanks for your support guys

Well the system has comments and its clean right now, but I had uploaded a previous version of the work some days ago so I can share it with you here.

Its very important you to upgrade this files to 4.5 (currently on 4.4) if you dont do so you will have this project bugged cause the UE4 had an important bug with BPs and circular dependencies (castings), which is solved in 4.5

**DOWNLOAD V0.0.1 **https://drive.google.com/file/d/0B8Vq51u7WDypemlsbUhBdHNmLWc/view?usp=sharing (video version, just for orientation, it has bugs which are solved on newer versions)

Arixsus:
Currelty in BP you can do almost anythink you could do on c++, atleast I have not found any limitation till the moment (and I made tons of blueprints)

Looks great! However you signature is huge; Any chance you can flatten it down a bit so it’s easier on the eyes to scroll through the forums? :>

hi everyone
when I try to launch it this what it says ‘the name of the .uproject file (‘survivaltest’) must match the gamename key the (url) section of cinfig/defaultgame.ini. please either change the ini or rename the .uproject to match each other’ what am I suppose to do when this comes up?

About the signature, It was bigger some days ago hehe

Nesjett you are a BP beast! Please release this, give us the knowledge!!

Nesjett you are a BP beast! Please release this, give us the knowledge!!

**DOWNLOAD V0.0.1 **https://drive.google.com/file/d/0B8Vq51u7WDypemlsbUhBdHNmLWc/view?usp=sharing (video version, just for orientation, it has bugs which are solved on newer versions)

Thanks Joe1029, DotCam is right, you can download a preview version in that link, but its unfinished, what I said of adding any kind of materials etc its not completly done in this version, V0.0.1 needs some refactor that in latest version is currently done.

Anyway Its a good start point, you can take some ideas from there to use on your own projects

Pretty cool, man. Exactly what I’ve been working on.

Very nice, thanks for sharing !

Thank you guys for your words