Hi guys, we finally managed to release our first Unreal game on Steam Early Access. It took us around 9 months to reach this great target and we are quite proud for the positive feedback and reviews we could achieve til now.

So what is teh game about? Well, it’s a building strategy game in the tradition of games like “The Settlers” or “Cultures”. You have to lead your outcast Viking heroes to the top of a mountain, where a magical portal is leading to Valhalla. For this, you need to build up a balanced economy-system and help your vikings o survice against animals and all kinds of enemies.

All maps are generated randomly, we have varying mountain terrains, night and day cycles etc.

Here are some impressions: 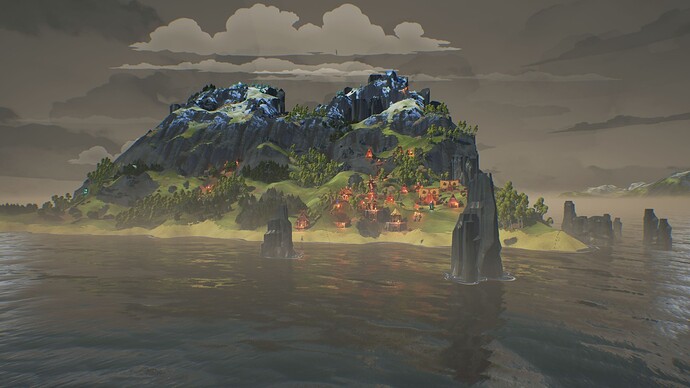 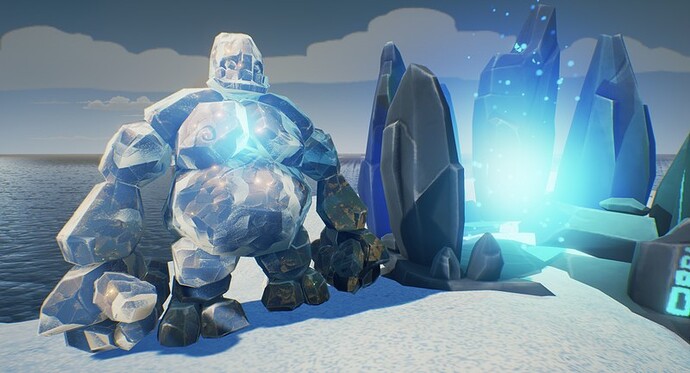 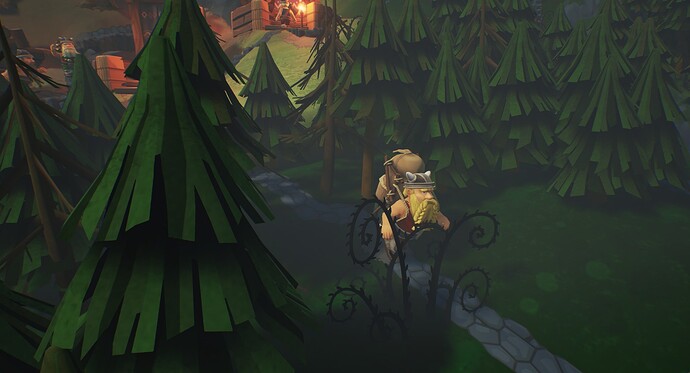 We also made a quite funny “developers diary” that is really worth to take a look: Platforms:
Windows PC
Mac OS and Linux shall follow. Others are in evaluation right now.

If you like it, you’ll find some more infos here:
http://www.valhalla-hills.com

And if you want to help us to make the game even better, you can support us on Early Access (three versions available right now)

Looks great! Reminds me of those classic strategy games I played back then (except those didn’t age well visually).

I’m so close to buying AT LEAST the normal version. But right now i have no time playing it ;_;

Nice to see a video game from a german game company!

Looks really cool, but I have one question: do you guys use an “emissive material” for your trees or are they just so bright because of the moonlight (SSS effect) -> the ones on the 3rd pic (the contrasts of the different trees are pretty high)?

We also made a quite funny “developers diary” that is really worth to take a look:

I have seen many dev diaries, but this one is one of my favorites (not so boring like the other ones)

Edit: Just one thing that bothers me. You should definitely add a video with an english synchronization to your steam page.

Hi guys, thanks for the compliments

@Dragonwalker: well, it is sort of natural that Valhalla Hills reminds you of classic strategy game. I have done Settlers 2 long, long ago and Cultures not that long ago

But Valhalla Hills is not just a classic game with new graphics, but it has some new mechanics (extended unlock system, random generated mountains, …)

@eXi: go for it, find the time to play it. You will like it

@fighter5347: thanks for the compliments! I do not know details if we use emissive materials, but I can take care on that on monday.

BTW: Thanks to everyone here in the Unreal Community! Good place to be!

Picked this up the other day when it was on sale, looking forward to playing.

looks very promising!
and please let us informed with the technical details, experiences/difficulties with UE4 in English too.

It’s a really nice game! I bought the Contributor Edition when it was on sale.